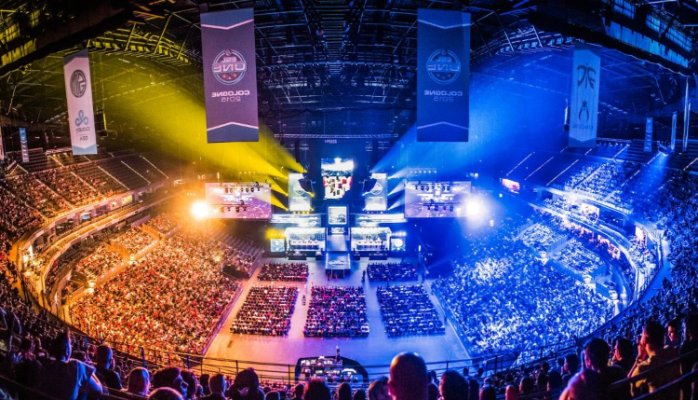 I ran into a statistic that made me stop and wonder, as I scavenged the Internet the other day.
The prediction comes from newzoo.com, a website that does market research for the gaming industry. News reports, “The Esport economy will generate $465 million in 2017,” which is a staggering payday. Completely shocked, I searched to find out how much the e-Sports industry is worth. Its total value is $748 Million. In 2018, it will be worth $1.9 Billion! (venturebeat.com) Wow. 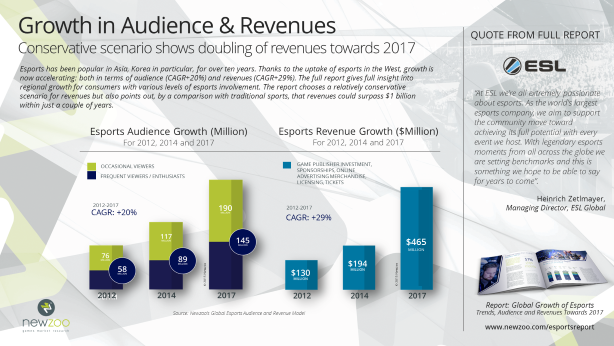 Just look at these numbers. (Image taken from newzoo.com)

Now, I know e-Sports is fast-growing, but these sums are astonishing. I guess it’s about time. I often make this argument to friends, family and random passersby, and it looks like I’ll make it again today. Some of you will wish death upon me, and I think others agree with me, I believe e-Sports will outgrow real sports. With the potential of e-Sports taking in more traffic than real sports as the future plays out, betting companies like this sports betting site will end up having to add e-Sports betting to their services as some already are, I’m sure of it!

I don’t hate normal sports, I actually love them. I was born in Wisconsin, and I’ll be a Cheese Head until I die. I love The Green Bay Packers with a passion. I also watch the occasional fútbol match, or as usAmericans call it, “soccer”. I like playing sports more than watching them, particularly soccer and basketball. If you’re like me and like to keep as fit as much as possible to keep up with playing sports, you could check out something like Physique Sports to get the best fitness equipment for you. When it comes to actually playing soccer and basketball though, it’s too bad I’m terrible at both. The point is, I don’t have that kind of bias.

So the question becomes how dominant will e-Sports become? Could it win-out over football? E-Sports has a tough climb to reach an NFL valued at something like $63 Billion (businessinsider.com). If I was some high-level NFL exec, I wouldn’t’ turn a blind eye to e-Sports—I’d try to monetize on a relationship. Perhaps it’s the interactive quality that football is missing. With something like fantasy football, that line is blurred as it makes fans more invested in the outcome of games and could give the sport and edge over the new E-sports trend in excitement.

E-Sports poses a threat to ringside sports. Don’t quote me on this, but I’ve heard around two thirds of the world population plays video games in some form, from professional Call of Duty players or a Candy Crush-addicted soccer moms. The important thing is, lots of people do it because they relate to it. Not everyone plays football or hockey, but everyone can watch League of Legends, and then try new strategy they saw.

People could also have seen the $6 million Echo Slam that won the Evil Geniuses The Dota 2 International Championship, and try to replicate what they see in their own matches. It supports the idea, “I can do that” which is even more amazing when players are really good. They’re the ones who understand what it takes to be at that level. 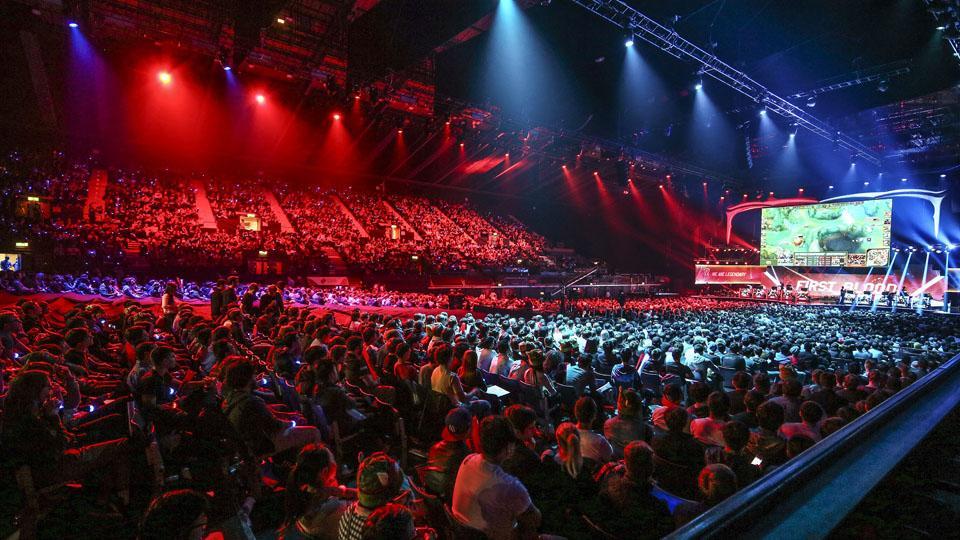 They can fill a stadium just like other sports. (Image taken from si.com)

Until gladiating is reinstated, or “Monday Night Robot Destruction,” comes along, there will always be one level that normal sports can’t deliver in comparision to e-Sports, and that’s action. Football players aren’t torn apart or purposely decapitated in a hockey game.
Video games offer unbelievable entertainment. Explosions, death, guns and magic, too. This is the same idea behind Real Steel that caused people to stop watching boxing because the robot bouts were more intense. People wanted to watch robots fight instead of humans, and I can definitely see people watching digital fights instead of mere humans playing sports.

There is a counter argument here, sports deliver heady levels of excitement, and that’s why they’re entertaining. I don’t disagree with that statement, but my opinion says, gaming potential far exceeds it. The tournament prize pools are substantial will only get bigger. This ups the level of competition. Players train harder in order to get better, but they all do this. All of them train harder. Since the prizes are so big, the games are engineered to be close and tense, and the skills are otherworldly. E-Sports and “real-life” sports are the same; both offer intensity and skilled players.

Our parents grew-up watching sports, vaguely aware of video games. Our generation has grown up in a digital world where video games play a big societal role. We are interested in watching e-Sports, and in some cases, we may chose them over normal sports. Take my younger brother and his friends, for example (please, just kidding). They watch football, but they also stream and view e-Sports. It’s important to them. As companies begin to monetize e-Sports, and start to think about audience first, people will switch. Activision has opened an e-Sport division and thy also acquired MLG. They practically dictate where the game industry will go, and they obviously have e-Sports clearly in mind. ESPN also influences the direction of sports. They’ve also jumped aboard, check it here: espn.go.com/esports/. 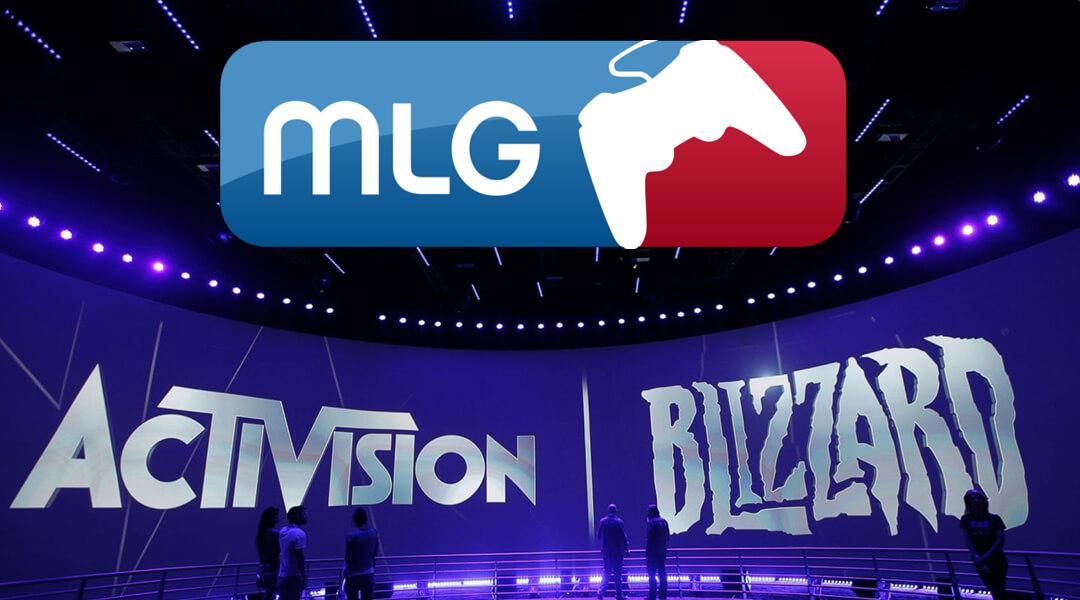 I’m not saying normal sports will become extinct anytime soon, but without doubt e-Sports is gaining ground. The smart move for the sports industry will be to figure out how they can benefit. Treat e-Sports as new competition or fateful ally.

Have a great day, and tune-in for The Geekwave this week—we’re talking hackers.

-Ollie, The Biggest Green Bay Packers Fan (Grabs his Cheese-head, and puts it in the dark depths of his closet to morn The Packer’s defeat)