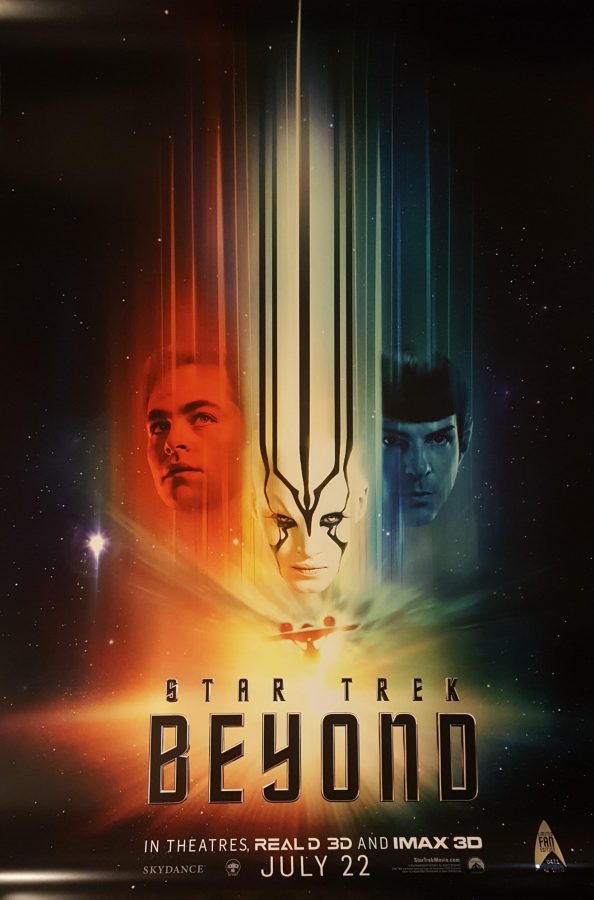 Kirk’s struggling with existential angst and some daddy issues, and Spock can’t decide if his place is with the Enterprise or with his people. Needless to say, neither of them were having a great day when the Enterprise was attacked by a zerg-esque swarm of fighters, leaving the crew held captive on an alien planet by the bloodthirsty warlord Krall (played by Idris Elba), who’s seeking an ancient super weapon and has a serious grudge against the Federation.

While the plot wasn’t exactly groundbreaking as far as Star Trek stories go, Star Trek Beyond is a solid movie, and a definite must-see. The cast, as usual, nailed the performance. The script, written by Doug Jung and Simon Pegg (who plays Scotty and is responsible for cinematic masterpieces like Shaun of the Dead and Hot Fuzz) was both funny and compelling. Throw some excellent directing by Justin Lin and $185 million into the mix and you get a very entertaining, well-produced movie.

What makes this film different from the other reboot movies is that they put a renewed focus on the characters and their individual struggles. One of the most common complaints I hear about Into Darkness is that it feels like an echo chamber, like they were trying a bit too hard to boldly go where, in fact, lots of people had gone before. Beyond was able to move past this and break new ground by making the inner struggles of the crew a center point of the story. They didn’t try too hard to pander to the older fanbase, and as a result made this, the thirteenth installment, the second odd-numbered Star Trek movie in a row that was actually good!

That being said, it still feels like a Star Trek movie. The humor was still there, along with the atmosphere, aesthetics, and incessant bickering between Spock and McCoy. This movie was able to carry on the Star Trek spirit without it feeling like they were trying too hard to do so. Sure, the movie has some problems. The plot has some pacing issues and there were quite a few glaring gimmies when it came to technology (convenient cloaking and illusion devices are convenient), but all in all it’s a solid movie. It was able to achieve the near-perfect balance of lightheartedness and seriousness that Star Trek is known for without sacrificing quality. If you consider yourself a fan and haven’t seen it yet, DO IT. And if halfway through you’re not enjoying it, just remember: it could have been directed by William Shatner.

I give this one a score of Warp Speed of 8.