Rawr! Snarl! Crash! These are the words that come to mind when listening to the band 68’. The group is comprised of Josh Scogin on vocals and guitar, and Michael McClellan on drums.  Their sound is self-described as rock n’ roll with a kick in the pants, but it’s not exactly easy to put this bluesy rock duo in a box. They definitely peddle a heavy rock sound, and I really wouldn’t expect anything less given Scogin’s past screamo endeavors with Norma Jean, and as The Chariot’s metalcore front man.

Two Parts Viper is the group’s sophomore album, released earlier this year, and it’s intense to say the least. The entire album embodies the essence of rock n’ roll and it’s just as intense as their first album. Upon the departure of Matt Goldman on guitar, Scogin has added McClellan on drums, which has better enabled the two-man group to take their sound to the next level. Each song incorporates complex instrumental interludes alternating catchy riffs with vocals and lyrics that give you that fast-paced rock n’ roll vibe. 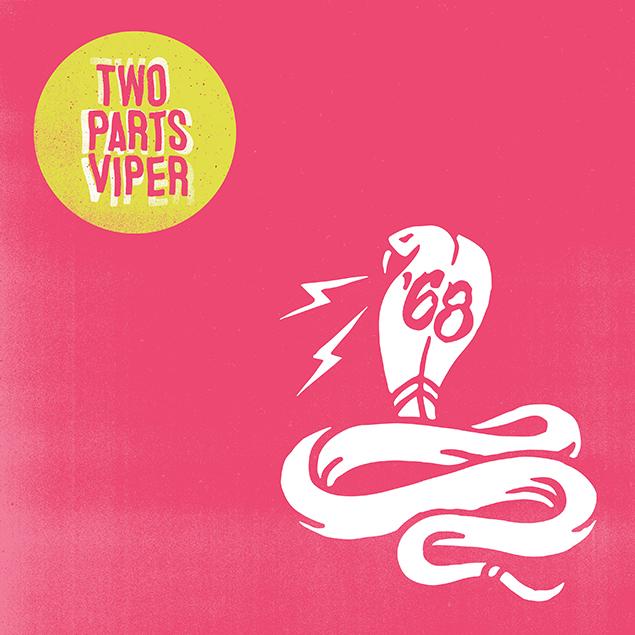 Tracks worth noting include “Life is Old, New Borrowed, and Blue” which metaphorically punches you in the face with the abrasive riffs battling it out against badgering one liners. The turbulent nature of the song conjures up a restlessness that makes it almost too much fun to sing along to. “Death is A Lottery” is another song on Two Parts Viper that successfully hammers out an intense melody and artistic instrumental construction which compliments the lyrical composition to produce an intense display of chaotic harmony. Memorable lines such as “Maybe I’m right, maybe I’m wrong, death is quick, but it can last so long” are passionately poured out in an abrasive ballad. 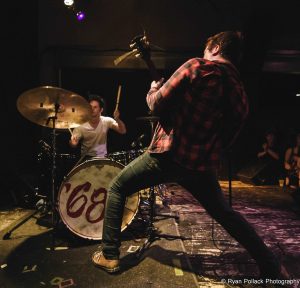 The track “Apologies” is another favorite on the album, and it’s one that showcases the artistry of both members. This song creatively paints a rock n’ roll picture with steady drum lines and Scogin’s bluesy angle of delivering crashing lyrics only to be broken up by an interlude of spoken word which embodies the poetry in such a way that’s sure to appeal to most rock n’ roll rebel personas.

Every song on the album hits like a hurricane, and, the band is even better live. I had been sleeping on the new album for the last six months until finally discovering the awesomeness that is Two Parts Viper. However, once I became keen to its rock n’ roll mastery, I’ve been listening on repeat enough to redeem myself from my negligent misstep. And recently I was rewarded for my intense fandom as I realized that the band would be opening up for The Bronx playing here in Salt Lake City, which I had already scored tickets to. 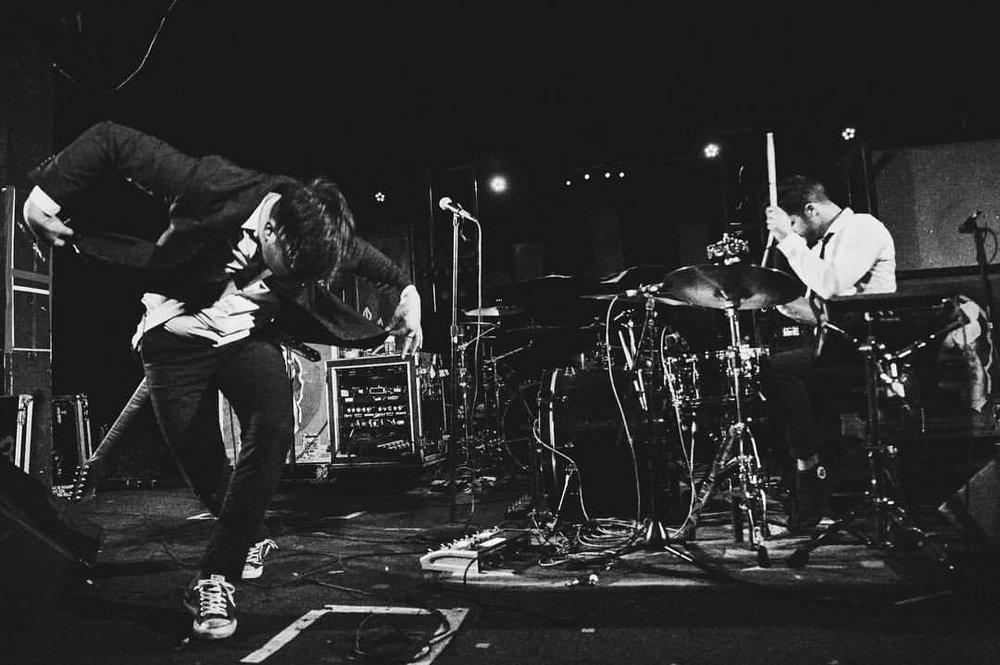 The performance was incredible and it was not merely two musicians giving you their best songs to promote their latest album, it walked the line of performance art. Scogin and McClellen performed in a symbiotic trance that had the energy of a killer punk show and the depth of a complex piece of art. They masterfully abused their instruments, while performing in sync to produce the most chaotic display of musical art I’ve ever seen. The performance was so intense and awe-inspiring, I hardly enjoyed the main act that played after them, and as I left the show, I knew that I had just witnessed something special, something rare, an unbelievable display of talent. And with that, I can honestly say, Two Parts Viper rocks, but if you get the chance, don’t miss them live.