A Visually Interesting Show from Wednesday 13 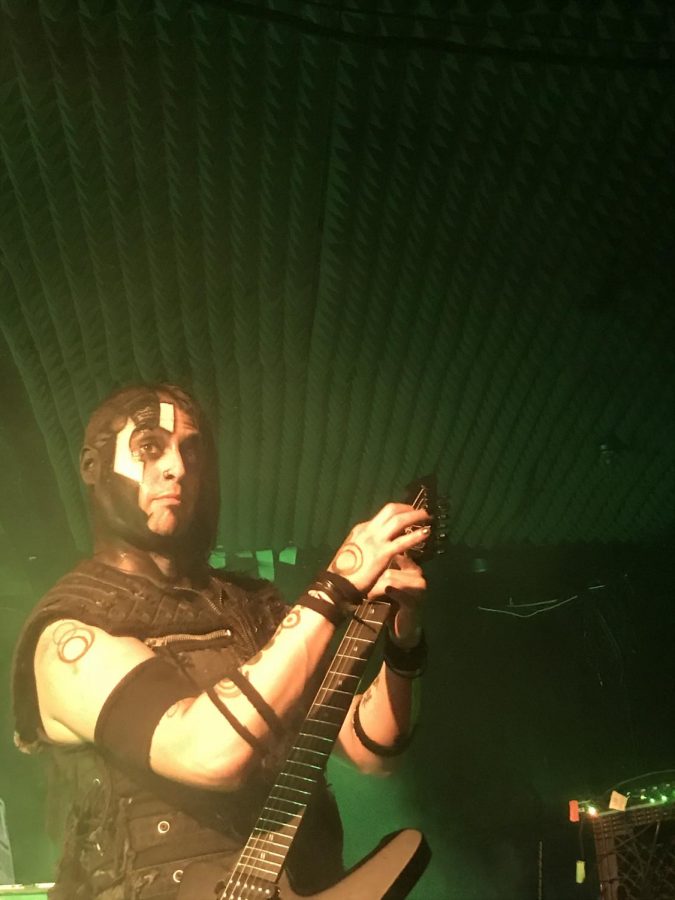 Wednesday 13 played a show at The Royal on December 10th with Static-X as the headliner. The other openers were Davey Suicide and Society One. All bands gave a fantastic show that got the crowd completely energized! This was on the “Static-X-Mas Tour,” which in itself is an amazing name for a holiday tour.
The Venue
The Royal created an intimate vibe because of the small space and environment. An older crowd rolled in as the night grew on, taking drinks from the bar in the back.

Because the venue was so small, there was no photography area to escape the crowd. The front of the crowd maintained a wild energy.
Wednesday 13’s Performance
I could feel it getting more packed as the show went on into the night. It was amazing being close to the stage where I could see nearly everything that was happening! There was just enough crowd interaction to keep us shouting for more. 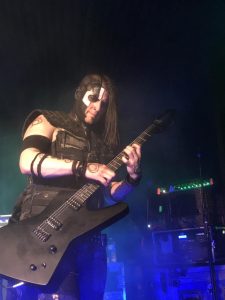 Wednesday 13 entered the stage before the headlining band, Static-X. They gave us a wonderful show. I found the costume changes to be so interesting throughout their performance. They had only played a song or two before lead singer Joseph Poole left to change costumes.

Joseph Poole kept us entertained when he fell into his roles through each costume change. He played into a creepy character as he sang to us in the crowd. The rest of the band wore fantastic costumes and makeup as well. The makeup tied the band together in an energetic and creepy fashion, some glowing in the dark. 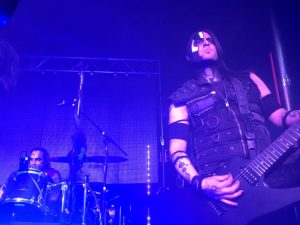 Wrap Up
Prior the the concert, I interviewed Wednesday 13 in which they had a great sense of humor. The guitarist gave some of his input, but I mostly spoke with Joseph Poole.

Static-X is continuing their tour with their final dates coming up fast. I attended another show in the San Francisco, CA location. The San Francisco show unfortunately happened without Wednesday 13.