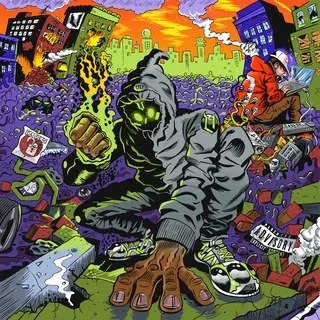 UNLOCKED, a collaborative album from producer Kenny Beats and rapper Denzel Curry, operates like a short-fused firecracker. Although a firecracker is explosive, it’s relatively harmless. The album is explosive, but the damage dealt to the rap game is a mere scrape. Here’s the UNLOCKED review that you’ve been waiting for.

With childlike demeanor, Kenny and Curry treat the listener like a Raggedy Ann Doll, shaking them violently for 17 minutes then carelessly tossing us back into the toy box. Their chemistry is palpable, which creates a somewhat synergistic feeling throughout the tape. But it doesn’t seem to be structured by any theme, the album lacks purpose.

Kenny Beats displays a production prowess that complements Curry, but the rapper’s reliance on braggadocios bars wears thin. His line, “My bitch bad like battle rappers that make albums” is hypocritical because Curry’s lyrics throughout UNLOCKED mimic that of a battle rapper. Like he has something to prove. In general, his lyrics and delivery are unnecessarily angry and miss their mark.

The production feels deliberately unruly and meticulously disorganized. It’s electrifying, exciting the listener from the start, but tiring them shortly after. UNLOCKED is better understood through the lens of the tortoise and the hare. Curry and Kenny burst through the gates, sprinting ahead of the competition, only to burn out down the road.

Kenny and Curry fail to maximize their potential with UNLOCKED. It’s easy to believe that the album was produced in a mere three days, it feels loosely thrown together, lacking substance or thematic elements, and its short run time conveys a lack of effort. At first, I was impressed and hooked, but much like the hare, I became bored; I will not be revisiting this tape. 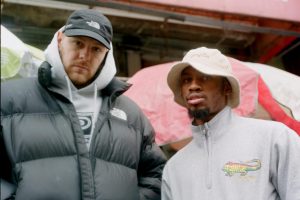