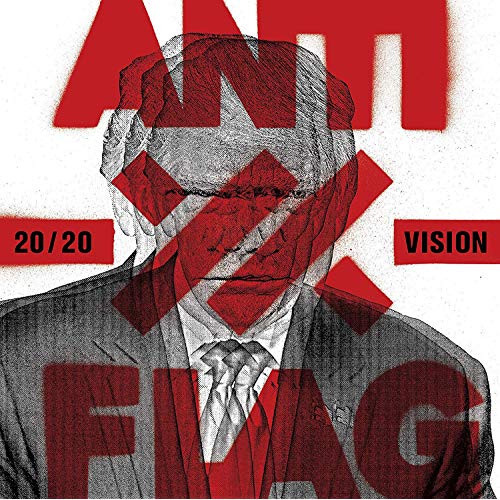 Anti-Flag released their most recent album, 20/20 Vision, on January 17th. The album has eleven tracks that give commentary on nationalism, white supremacy, political corruption, and the Trump Administration as a whole. In an interview with AltPress, Justin Sane, the band’s singer and guitarist said that in the past they have written music about specific politicians and administrations but never specifically pointed them out. However, the band feels that the President’s actions were so egregious that they needed to directly call him out.

The first track on this album, “Hate Conquers All”, starts with a sample of Donald Trump talking about protesters. This sets the stage for the whole album. It is pointed, angry, and fast paced. The next song, “It Went Off Like A Bomb”, continues with the feeling of anger and dissatisfaction with the current administration, even though it doesn’t say anything that is exclusive to the Trump Administration.

The title track of the album, “20/20 Vision”, along with “Don’t Let The Bastards Get You Down”, and “Unbreakable” make a strong point but are also hopeful. “20/20 Vision” starts with “I had a 20/20 vision, of the last of the wrongs undone. No more hate, no division” which is an uplifting thought. “Unbreakable” talks about how, though there is something wrong that they are fighting against, they are not alone. A lot of political punk music often doesn’t have a hopeful message but I think Anti-Flag did really well at working it throughout the album. Personally, I found it really refreshing because thinking about current politics and the Trump Administration can feel really helpless and dark, so the songs of hope throughout the album make it an album I can listen to on repeat without feeling discouraged. 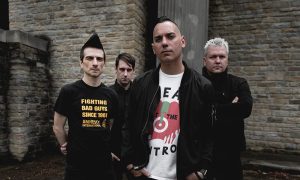 20/20 Vision’s fourth song,“Christian Nationalist”, took me by surprise the first time that I listened to it but it has since become one of my favorite tracks on this album. The songs “Christian Nationalist”, and “You Make Me Sick” both send clear messages. “Christian Nationalist” is directed at “white neo fascist supremacist”. Some of it’s lyrics include, “Hate in your heart and division in your eye, you got queers to convert, you’ve got lies to entice,” and “Corrupted patriotism sold as nationalism. Your theocratic beliefs are a moral weapon”. The song “You Make Me Sick”, doesn’t say “Donald Trump, you make me sick,” but with the cover art and commentary from the band, it is clear who the song is about.

Overall I really loved this album. It was like a refreshing, but hopeful punch in the face. The state of the United States may be scary and frustrating right now, but at least we get good punk music from it.