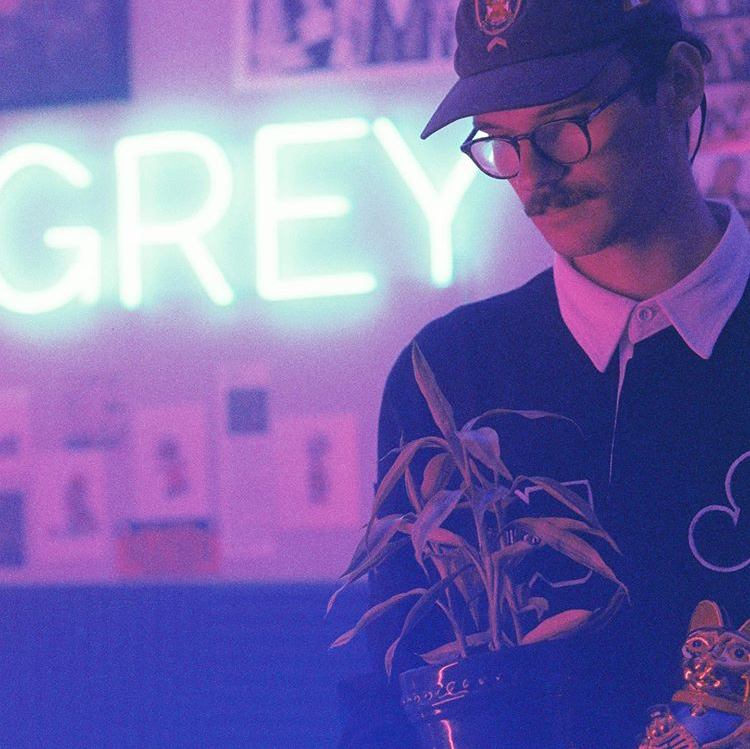 On June 30th, the Hip Hop Drip made its return by welcoming Heather Grey to the Dripcast.  Andrew Thackeray, known by his stage name, Heather Grey, is a 23-year-old hip-hop producer and SLC native. You may recall an interview that Tyki and JMO conducted with him last year. If you need a recap, that interview and episode of the Dripcast can be found here.

Since that first interview, Heather Grey released his album, A Mosaic, and countless singles and EPs, while still finding time to teach piano lessons. Heather Grey is a jack of all musical trades, and he’s on a solid trajectory as an artist. This is why I wanted to check-in with him and chat about the industry, his rollout strategy, and how collaboration with other artists has changed since COVID-19 came along.

JMO: “You’ve been pretty busy this year, releasing something each month since February.”

Grey: “Yeah. I have tons of stuff. Obviously not all of it is worthy of being released or will ever see the light of day honestly, a lot of it is just practice. But a lot of this instrumental stuff that I don’t see landing with an MC, I was kind of thinking, might as well put it out. So, this year it’s all been instrumental… I thought I might as well put it out and see if it lands anywhere. Get some streaming revenue while I’m working on other things.”

JMO: “How is the streaming revenue?”

Grey: “It’s minimal. You get paid per stream, but it’s probably less than 1/10 of a cent. Tidal pays the highest, and Spotify is on the lower end.”

JMO: “How does that revenue compare to that of putting on shows and selling merch?”

Grey: “For my album release in December, I put on a concert and people bought tickets for it. I paid out of pocket to rent the space and have a sound guy. But the money I made from ticket sales covered that and a little extra. So, I got paid for doing the show, and I can totally see how that’s where an artist makes most of their money. Because in that one night, just from selling merch, and selling tickets, I made as much money as I made from streams for a full year. In just the one night. So, it’s not even comparable.”

JMO: “So, you’re consistently posting snippets to Instagram and posing the question, ‘How does this make you feel?’ to your followers. Would you consider that your goal? To make the listener feel something with your music? Do you have a feeling in mind that you’re trying to convey?”

Grey: “There’s not a right or a wrong answer when someone says how it makes them feel. I can make a song and someone could be like, “oh dude that makes me wanna call my ex”. And another person’s like, “dog that makes me wanna go skateboard”. It can be totally different than what I was intending, but that’s what’s beautiful about it. So yes, that is the goal, to make someone feel something through my music. But what interests me, is the different emotions that it can evoke from people.”

JMO: “How has the collaboration process changed since COVID? Given the circumstances, has it become easier or more difficult to work with other artists?”

Grey: “Well, now everyone’s home. So, over these past few months, a lot of the things that were getting pushed back, were able to be worked on because we realized we’re all home and had the time”.

Grey said that the process of collaborating with artists has become easier with social media, and in particular Instagram. I remarked that sliding into another artist’s DMs and dropping your real name seems a little romantic. After a laugh, Grey said that’s pretty much how it goes.

It was great welcoming Heather Grey back to the show; all of us at the Hip Hop Drip enjoy monitoring his progression as an artist, and are excited to see that he’s been staying busy. You can find his music on all streaming platforms as Heather Grey.