Getting to know Armani White
Armani White is a rapper born and raised in Philadelphia. He has come at the rap game with storm and is slowly climbing up from scratch. Just this year he had 2.7 million streams, mainly from his album Keep In Touch. Which was dropped on November 6, 2019 yet pulled in most of his streams for this year. This is very impressive for an artist to be able to drop an album so late in the year and yet still pull 2.7 million streams.

Armani did an interview with K-UTE Radio on December 5th and we got to know a lot about him. We learned that his album Keep In Touch was made in one session with him and a bunch of friends creating music together. This was also his way of grieving for his father that passed away in 2016. He turned to his music making abilities and dropped songs that are completely mind blowing. 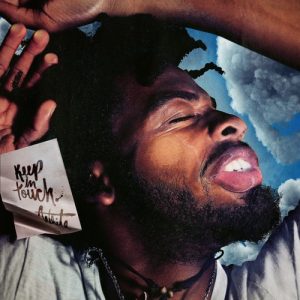 Standout songs
All of his songs are “made for all ages” according to Armani. He does this in the most interesting way and it is prominent in his tracks “Thanksgiving” and “Onederful”. Both of these songs are absolutely wonderful. “Thanksgiving (extended version)” is especially great as White is able to incorporate the choir along with the dope beat that he originally had. The song’s lyrics have their own meaning as well. It’s more than just a song it’s like a pool of emotion that just makes you happier and realize it’s okay to be down. I don’t want to spoil too much before you listen to him but he is a really good artist and has a lot of room to grow and I for one can’t wait to see where he goes.

In “Onederful”, Armani has his niece helped out with it. He said that “if my niece wasn’t there, the song wouldn’t have been completed or done”. It’s a very uplifting song and it just hits the spot in making you feel happy. Armani is one of those feelgood artists you can just listen to for an hour long escape. His music will suck you in and just make you feel happier once you’re done. With his music, Armani is really positive and always looking at the good side of things and he never has a negative mood. Armani White has such an amazing talent that it’s hard to ignore. It’ll be interesting to see how he grows and what direction he takes his music and I can’t wait to see it.