“Atypical” on Netflix and Spectrum Awareness 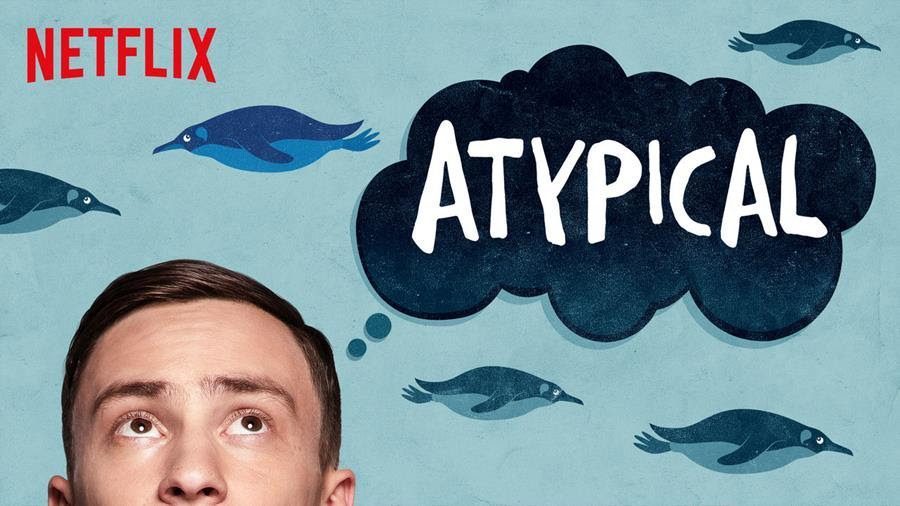 Awareness to people on the spectrum
In 2017, Netflix put out the show Atypical. A show that hit in a way that most people wouldn’t expect. Atypical follows 18-year-old Sam Gardner. Sam is on the autism spectrum and is trying to figure out how to live in the 21st century.

He goes to therapy, tries to understand love, and deals with the hard times of being a teenager.  Sam has a younger sister Casey, who really tries to guide him as an older sister would.
Younger-Bigger sister
Casey, who is 16 when the show starts, acts as a bigger sister to Sam, who is 18. She looks out for him and is one of the people he calms down too. She loves to tease him, and prank him, even if he is on the spectrum.

Sam is much more sensitive to little things and communicating with him can be a little harder; Casey has been his rock. Even his parents want him and Casey together at all times so Sam is constantly taken care of.
All is fair in love and war…right?
Love is a big topic in the show and how people with autism deal with it. People who are on the spectrum understand things differently than someone who is not on the spectrum.  You have to communicate more clearly and be specific for them to understand.

Certain things will really freak a person out with autism such as really loud music; it could really get them to have a panic attack.

Sam becomes “smitten” for Paige Hardaway, well he doesn’t know he is smitten for her at first.  Paige is merely helping Sam and looking out for him. She is the one to make the first move on him and basically ask him out.

Sam goes to therapy for help on love and the therapists gives him advice such as to buy gifts, write notes, etc

Sam and Paige are very real and the display of love and dating in this show for someone on the spectrum is accurate.


The spectrum has many different levels
To be a civil human being to a person on the spectrum you should know there are three levels to Autism.

Autism: needs substantial support, patients social and communication skills and repetitive behaviors are still obvious to the casual observers even with support.

Severe autism: needs a lot of substantial support, patience, social, and communication skills and repetitive behaviors that severely impair daily life.
Poster-child for autism
The actor who plays Sam, does not have autism and he portrayed the role of Sam very well, and it seems as if the show Atypical itself is the poster version of autism. I would highly recommend this show.