Caught in a Dream – Sales at In the Venue 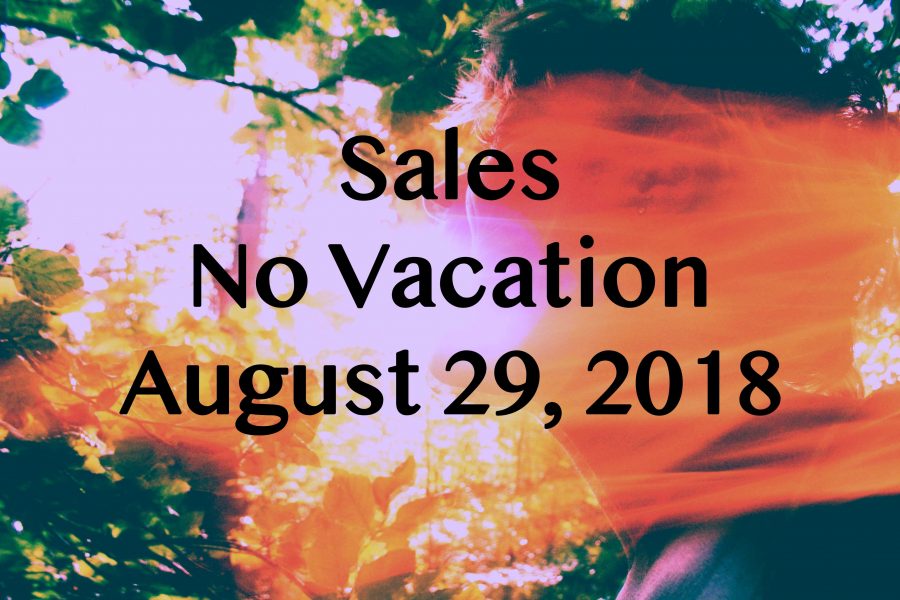 No Vacation
I walk into In The Venue in Salt Lake City as No Vacation is walking on stage. The poorly lit room is already 75% full, but will soon fill up for the sold-out show. Their first song is an epic instrumental piece highlighted by a beautiful piano melody with soft cymbals played under mallets. No Vacation sets the scene for a dreamy night of live music. 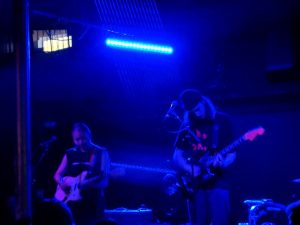 Playing with 5 musicians, the Bedroom Pop band originally from San Francisco first got together in 2015. Their sound is light and airy. Their songs are simple and beautiful. Built with heavy reverb, No Vacation channels a shoegaze type tone. Their music makes you want to lie on a grassy hill and watch the clouds float by as you feel the breeze.

Despite the nearly packed house, the crowd resonates an abnormal silence after their applause. The lead singer and guitarist, Sabrina Mai, calls us respectful. A strange compliment to be given during a concert.

Near the end of their set, they play the song “August”. Following a brief keyboard introduction, a sample with a familiar voice saying, “Hello it’s me, Mario” wakes the crowd up from a musically induced coma. No Vacation puts on a fantastic show that last around 40 min. I personally enjoyed their set more than the headliner for the show.
Sales 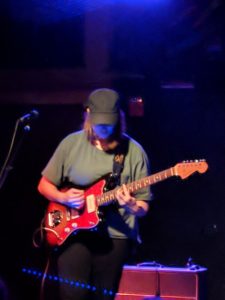 By 9 o’clock the venue is completely packed. The sweltering August heat begins to make itself known. Sales’ music is lo-fi guitar pop. They are comprised of 2 guitarists and a drummer playing on half a drum-kit. Despite their minimalist sound, Sales play several songs that are straight-up jams. Hundreds of hipsters dance around doing their best to not touch anyone around them.

Singer and guitarist Lauren Morgan informs the audience that they have been doing this completely independent, without a record label or band manager. This causes the crowd to erupt and a small joy to spark inside me. It’s always awesome to see that some people are just in it for the music and nothing more. 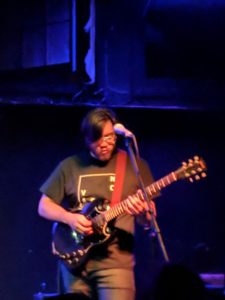 Moreover, for one of the songs, the audience is asked to turn their flashlights on to set the mood. This instead lights up the entire room because the venue is so small. A man in the crowd carries around a 90’s style VHS recorder that I would love to see the footage of.

Sales play most of the songs I was looking forward to seeing including “Getting it on”, “Renee”, and “Pope is a Rockstar”. Morgan has a hauntingly beautiful voice as she often does this raspy whisper into the microphone. The guitar parts ring out in poignant sublimity. However, many of their songs sounds the same and leave me rather bored. Their final song was the first time I felt they showcased originality and this is mostly due to prolonged improvisation. Still, theirs and No Vacation’s sets made for a good night of music and dancing.