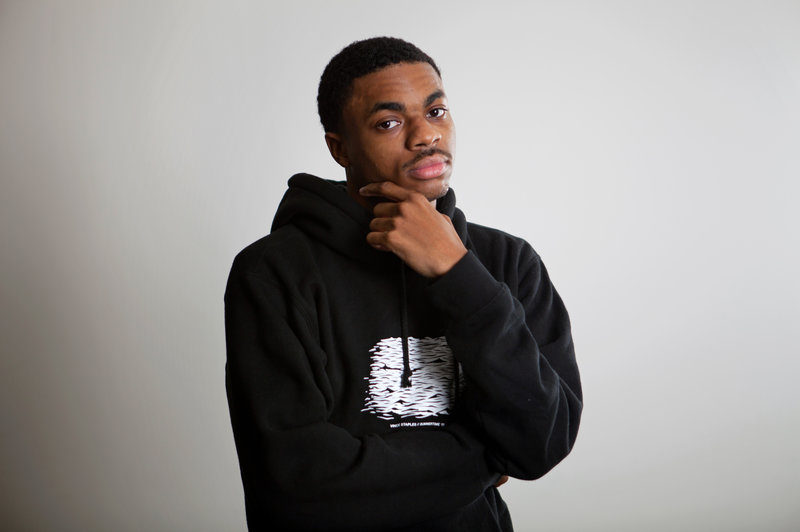 For pretty much every summer Thursday night since I can remember, the Twilight Concert Series has been taking place in Downtown Salt Lake City. It has become a staple (haha) for music lovers in SLC, especially those who enjoy quality and inexpensive concerts. The summer of 2019 boasts another great lineup full of artists of many genres, creating shows that most music fans will love.

Historically up to this point, Twilight hasn’t been super full of hip hop artists. Sure there is at least one hip hop-centric show per year if we’re lucky, but there are many fans that have been clamoring for more. Yet again this year there is only one true hip hop show in the lineup, being Long Beach’s own Vince Staples. If you don’t know much about Vince Staples, I’ve got you for everything you need to know before the show on August 8th.

Important info
Before I introduce you to Vince Staples, here is some important information that you should know about the show and Twilight in general. The Twilight Concert Series is being held at the Gallivan Center in Downtown SLC at 239 Main Street. Parking is available in the parking garage below the center and on surrounding streets. Guests are allowed to bring an empty water bottle inside the venue, with other beverages and various food options being sold on site. 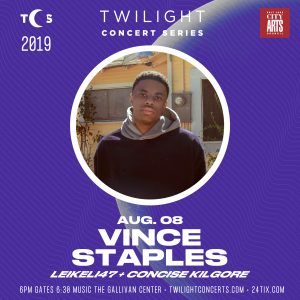 Who is Vince Staples anyway?
Truthfully, it is hard to describe Vince Staples as just your everyday run-of-the-mill hip hop artist because he is so much more than that. Since breaking onto the scene in the early 2010s, Staples has turned into a force on the West Coast. He’s released three studio albums and a plethora of mixtapes and EPs thus far in his career. His studio albums, Summertime ‘06, Big Fish Theory, and FM!, have all been met with critical or near-critical acclaim from critics and fans.

While he may not have the chart topping numbers of his rap game peers, Vince Staples always tries to make interesting music with a concept behind it. He is very experimental, gaining notoriety for it back in his days of working with Odd Future. You may have even heard some of his music before but didn’t recognize it because it all sounds so different from each other.

Being that this concert is a one-off and not part of a larger tour, you can expect Vince to perform music from his entire catalog instead of just his latest album FM!. Some of his most popular and best tracks that you’ll be more than likely to hear include “Blue Suede”, “Norf Norf”, “BagBak”, “Big Fish”, and “Feels Like Summer”.
Come say hi to K-UTE!
As with every other Twilight show this summer, K-UTE Radio will be present with our own table! We will be playing tunes before the show and giving out merch, so come through and say what’s up to us. It is sure to be a great night for hip hop fans and music lovers in general! Follow us on Instagram @k_ute_radio for ticket giveaways leading up to the Vince Staples show as well as other Twilight shows.