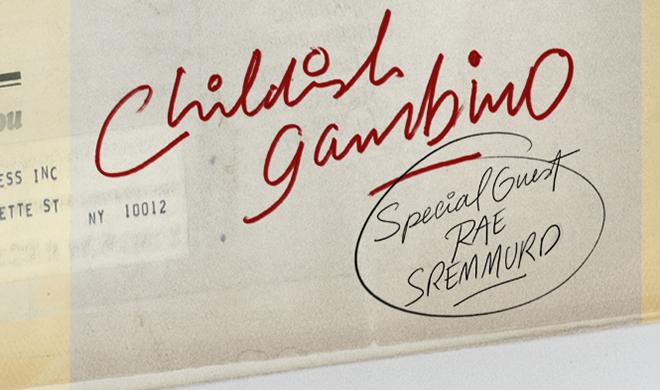 On December 11th Childish Gambino’s “This Is America” tour finally hit Oracle Arena in Oakland, California after numerous delays. According to him this is his last headlining tour, so tickets were a  hot commodity come the day of the show. Luckily for you I was able to experience this show and I have a full recap here.

The opening act for this show was Tupelo, Mississippi’s own Rae Sremmurd. If you’re unsure of who Rae Sremmurd is, they are a duo composed of brothers Slim Jxmmi and Swae Lee. The show was scheduled to begin at 7:30pm, and the Sremmurd brothers arrived right on time. When I heard about the show originally and saw that Rae Sremmurd would be opening, I wasn’t too sure that they would be a good fit since their music differs drastically from Gambino’s.

To start their set off, the Sremm boys performed their hit single “No Type” off of their debut album Sremmlife. This was the perfect party starter because every hip hop fan should at least be familiar with the track. It got some energy pumping into the crowd immediately that was sustained during their entire set.

Other songs that they performed include “No Flex Zone”, “Black Beatles”, “Powerglide”, and “Perplexing Pegasus” among more. They performed all of these songs together and then each of them performed some of their own solo tracks. Slim Jxmmi performed “Brxnks Truck” while Swae Lee performed “Guatemala” and his feature on “Unforgettable”.

I’ll be the first to admit that I was wrong about my assumption that Rae Sremmurd wouldn’t fit a Childish Gambino show. Rae Sremmurd did a great job opening for Gambino because they kept the crowd interested with a mix of turn-up tracks and more chill ones. They are more well-suited for smaller venues so that the crowd can be involved, but they did a surprisingly great job in an arena setting.

After taking a 30 minute breather from the hype that Rae Sremmurd brought, the crowd was ready to see their beloved Childish Gambino in the flesh. As the clock struck 9pm, the arena went black and the beat began to build. He was finally here, for real this time.

Gambino came out to “Algorythm”, which is a yet-to-be-released track that was only sent to those who bought tickets to the show, and the arena went absolutely nuts. No one could believe that Gambino was finally performing in Oakland again after being forced to cancel his previous couple shows that were scheduled there. 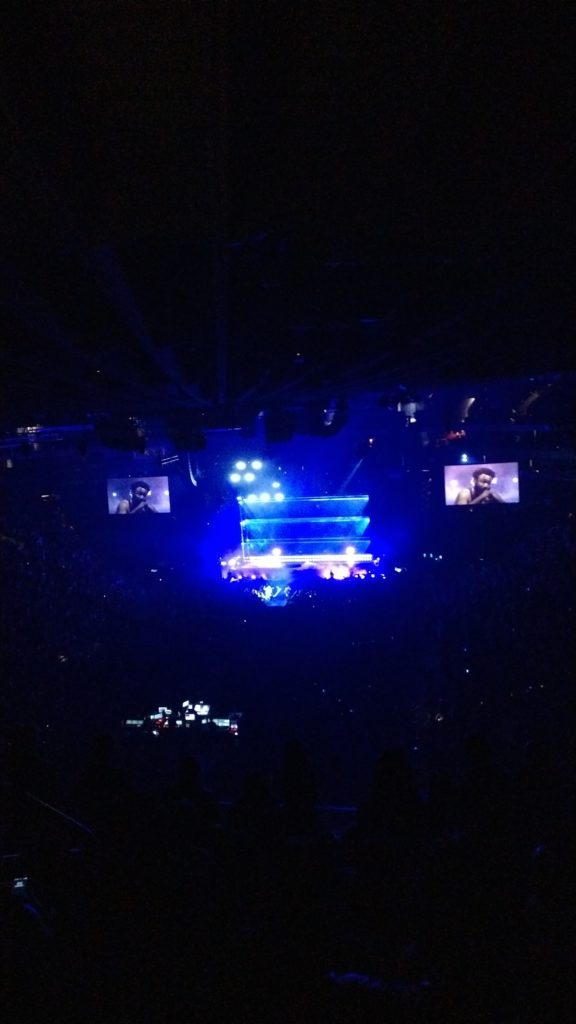 After performing “Algorythm”, he addressed the Oakland crowd of 17,000+ and then performed one of his latest singles “Summertime Magic”. He then jumped right into classic tracks “The Worst Guys” and “Worldstar” from his sophomore album Because The Internet. These tracks were amazing to see in person and the lighting and dancing that accompanied them was spectacular. It was moments like this that made fans grateful that Gambino decided to postpone some of the tour dates after he broke his foot in October.

Following the Because The Internet songs, he suddenly vanished. As fans looked around in confusion, a monitor next to the stage lit up and showed him walking through the lower level concourse and into the crowd to perform a powerful rendition of “Stand Tall”. The next stretch of the show was filled with more cuts off his 2016 album Awaken, My Love! including “Have Some Love”, “Boogieman”, “Riot”, and “Terrified”.

Next up was a fan-favorite performance of “This Is America” that had the whole place rocking and singing along. He left the stage after this track and then ended up coming out for the best encore that I’ve seen yet in all my years of going to concerts.

Encore tracks included “Sober”, “3005”, “Sweatpants”, and the track named after the city he performed in, “Telegraph Ave. (Oakland by Lloyd)”. It was the first time in years that Gambino performed “Oakland”, and it was by far the best moment of the night for me. It was simply beautiful and something that I won’t be forgetting any time soon.

During the course of my life thus far, I’ve experienced many different concerts in a variety of cities and types of venues. Anywhere from small and intimate venues to sold-out arena shows, you name it and I’ve been to one. But this show was truly special for so many reasons.

First of all, as great as the music is when played through simple headphones or car speakers, it is so much better in an arena setting with thousands of fans screaming every word and jumping with joy. Seeing the passion on Gambino’s face as he bared his soul and shared his music with the crowd shows just what a great performer he is.

Second of all, the lighting and visuals were something to behold in their own right. Gambino utilized everything he possibly could of in order to create a beautiful experience.

Overall, this concert was fantastic. It was everything I had hoped it would be and more, and I implore you to catch Childish Gambino in concert if he somehow tours again in the future. It is worth it in the truest sense. 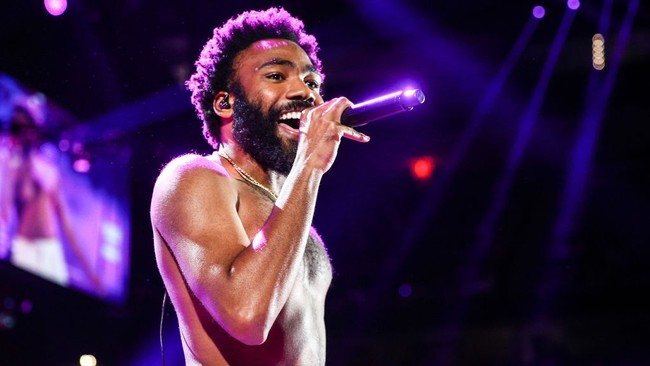