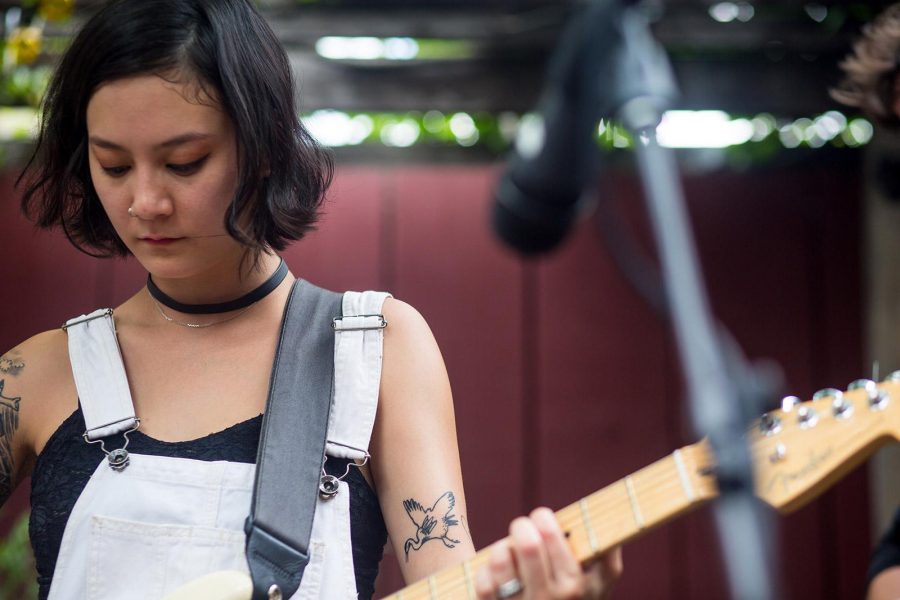 There is an undeniable lure to the quaint charm of Kilby Court and, to an extent, an artist’s performance in the venue is defined by how well they inhabit the space. With the help of two impressive opening acts, Spirit of the Beehive and Mannequin Pussy, Japanese Breakfast did just so. Boasting ethereal beats and an impressive vocal performance by frontwoman Michelle, the band successfully created a homely but vivacious atmosphere fitting of the venue.

The fact that it was the band’s fourth performance in Salt Lake City in the last year certainly didn’t hurt either. On tour for their latest album release, Soft Sounds From Another Planet, Japanese Breakfast looked as comfortable as the audience within the comfy proportions of Kilby Court, Michelle going as far as to mention the relief of performing at the venue after a long day on the road. 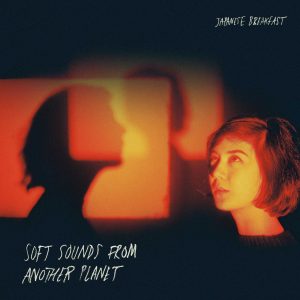 Just last April, her band broke into the music scene with the release of their debut studio album, Psychopomp, and evidently, she’s been keeping busy; on Soft Sounds from Another Planet, released in July, she builds upon the catchy dream pop established on Psychopomp, creating a slicker album that lets her vocals shine.

While, at first, I was primarily looking forward to hearing her perform this newer, slicker material, I was pleasantly surprised by the opening acts. Spirit of the Beehive set the mood with a well-tempered set, exchanging male and female vocals over riffs that would be right at home on an episode of “Twin Peaks”. While their music was the least varied of the acts, their performance was strong.

Ending their set with a raucous finale, Spirit of the Beehive created a perfect atmosphere for the next act, Mannequin Pussy, and for their part they did not let up, marching through one of the loudest sets I’ve ever heard at Kilby Court. Unlike many loud bands, however, their musicianship was not lost under the crushing weight of their volume; with a healthy variety of music, as well as a couple tamer interludes, Spirit of the Beehive proved to be a formidable opening act, leaving an air of excitement in their wake.

While forgoing the tenacity of Mannequin Pussy’s set, Japanese Breakfast kept the air of excitement alive, starting out their set with “Diving Women”, the groovy opening track from Soft Sounds from Another Planet. From there, Michelle and co. played a well-mixed set of new and old material, balancing a consistency of character with a diversity in sound. A large part of this consistency is thanks to Michelle’s vocals, which floated perfectly atop the instrumentation.

The only tunes by Japanese Breakfast that did not totally captivate relied upon more studio oriented sounds and instrumentation. For example, “Boyish”, while a personal favorite of mine, includes a MIDI (or a digital rendition) of a harpsichord that simply did not translate well into a live setting. On other songs, however, the band made smart changes to counter this issue; having no saxophone player, they remodeled the outro to “Machinist” to work without one, giving the guitar a more active roll in the mix. The resulting product was the best and funkiest song of the show, Michelle joining the crowd to dance along.

To just see her and her band perform “Machinist” and other such songs would have been enough, but what really made the concert special was how intimate it felt. Japanese Breakfast’s dream pop is already a perfect fit for Kibly Court, but their infective stage presence, and the homely atmosphere they created made them the right band at the right venue.