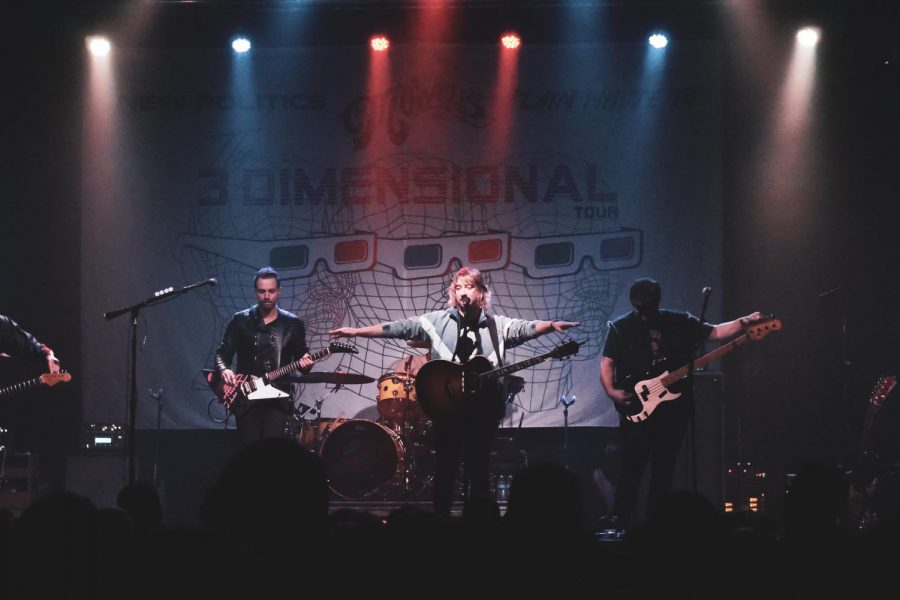 The Plain White T’s made a headlining appearance in Salt Lake City at The Complex on Sunday the 17th, along with bands New Politics and The Mowgli’s. The night was full of high energy fans and great musical performances. New Politics impressed with their high energy and effortlessness on stage.

Lead singer David Boyd entranced the audience with his impressive dance moves and genuine performance on stage. Boyd’s personality shown throughout his performance kept the crowd on their feet and dancing the entire time. They left the audience nostalgic with each new song.

From high energy punk-pop songs that made you want to dance your heart out, to heartfelt songs that left lost in your feelings, New Politics stole the night. The highlight of the night was the performance of “The Color Green”, dedicated to Boyd’s daughter, which left the crowd, especially the ladies, falling in love and lost in the color green. Following the electric performance of the New Politics, the night continued with the Plain White T’s who’s fan base and experience made for an unforgettable experience that concluded with an epic selfie of the band and the crowd to commemorate a great night of music.