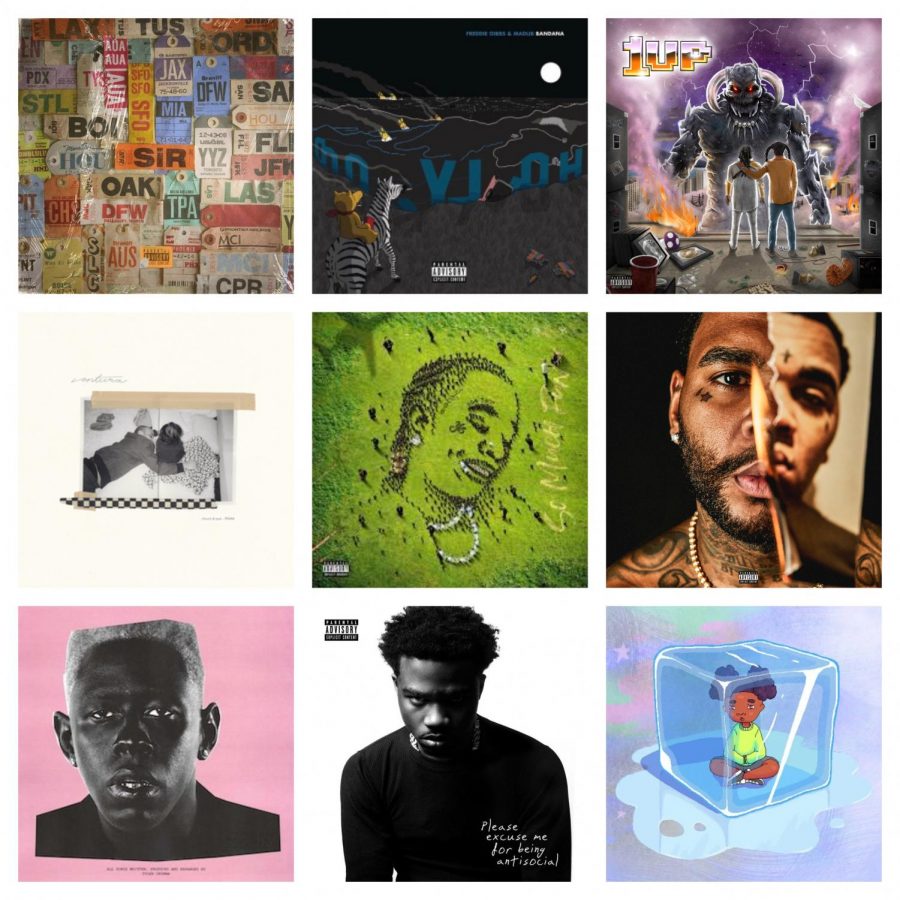 During the 2010s decade, we had a lot of years that could be considered legendary for hip hop. By legendary I mean that big artists dropped albums, the news was interesting, new artists popped onto the scene, etc. One year that falls into this vein is 2013, with the release of Kanye West’s Yeezus, Mac Miller’s Watching Movies With The Sound Off, J. Cole’s Born Sinner, Drake’s Nothing Was The Same, and more.

Other years that fall into this category would include 2014, 2015, 2016, 2017, and 2018. You can find more information on these years by Google searching “2016 hip hop albums” for example. You will find many classic or near-classic albums in these lists as far as this decade goes.

Sadly, 2019 was not one of the most memorable hip hop years in my opinion. But even if it wasn’t as great as the years I mentioned, it still had plenty of great music. I’ve learned to accept that not every year will top the last, and that is especially true this year. I’m okay with it and was still able to find stuff that I enjoyed. Continue reading below for my take on some of the best and my personal favorite albums of 2019.
Favorite 2019 albums
IGOR – Tyler The Creator

This album has been discussed quite a bit by the Hip Hop Drip crew and for good reason. It is simply one of the best of the year and has some of my favorite songs. It just works so well together and I appreciate everything that Tyler tried on it. He is only getting better artistically and I’ll continue listening to this album as he works on his next release. Check out some of K-UTE’s coverage of the album at these links from our own Jameson Williams.

I’ve said it before and I’ll say it again, Anderson .Paak is an absolutely amazing artist. He has so many different styles and vibes in his music that it’s really remarkable. Ventura consists of 11 tracks and not one of them is ever skipped by me. .Paak’s mix of soul, R&B, hip hop, and more really makes this an interesting listen. The vibes are positive throughout and I’m very glad that this album saw the light of day. Some of my standout songs from this album include “Come Home”, “Make It Better”, and “Chosen One”. Read my full review right here!

So Much Fun – Young Thug

I’ll be honest, after listening to 2018’s Slime Language I was nervous for this project from Young Thug. That project was a label compilation but I don’t think Thug’s verses were up to par with his old work. However, So Much Fun is the polar opposite of Slime Language. Every Thug verse hits hard and brings so much variety. I’d recommend this album if you haven’t heard it because it is one of the best trap releases of 2019. My favorite tracks from the album include “Bad Bad Bad”, “Lil Baby”, and “Mannequin Challenge”.

Tobi Lou is without a doubt my favorite artist that I discovered in 2019. I started out by listening to the loose singles that he released; I even wrote an artist spotlight on him. He dropped his first full length project Live on Ice in August and that changed everything for me. The project is full of good vibes and is perfect for a long car ride in the summer. I urge you to listen to it if you haven’t yet as it’ll put you in a good mood instantly. Check out my review of his concert in SLC from September 2019.

Please Excuse Me for Being Antisocial – Roddy Ricch

Another dope artist that I started listening to in 2019 is Compton’s Roddy Ricch. I first heard about him through his 2018 mixtape Feed Tha Streets II. He popped up everywhere in 2019 and is quickly becoming a household name. His debut album, Please Excuse Me for Being Antisocial really put him on the map for most people. His hit “The Box” is a definite standout and a fast rising song at the moment. Check this album out if you like melodic trap rappers in the vein of Young Thug, Lil Uzi Vert, and Gunna.

Bandana is the long-awaited follow up album to 2014’s classic Pinata. The latter was very well-received and set a precedent for sample-heavy production in the 2010s decade. Bandana picks up right where its counterpart left off with beautiful production and great flows from Freddie Gibbs. This is without a doubt one of the best albums of 2019 and possibly the decade. The quality dropoff from Pinata to Bandana is nonexistent. Check out our review of Bandana from earlier this year!

I’ll be honest right now, this album didn’t get a lot of attention when it was released. That could be due to the fact that Gates has been in and out of jail the last few years. But in my eyes, he picked right back up where he left off on Islah in 2016. This joint may not have the hits that Islah had, but every track is an earworm that is worth a listen. Kevin Gates uses his voice in so many different ways that it doesn’t get boring to listen to. I’d for sure recommend this one as it is a great body of work. Some of my favorite tracks from his second album are “By My Lonely”, “Walls Talking”, and “Betta For You”.

Summary
After writing this list, I would say that 2019 was a pretty decent year. However, I don’t think any of these albums will be remembered long term as classics except for maybe IGOR. All of them will still be in my rotation for years and I’ll continue to enjoy them.

If you have not listened to any of these projects, please check at least a few of them out. Follow me on my Instagram @youngthuggamanekyle for more music recommendations as I’m constantly posting 2019 music as well as the newest music.