Get to know EarthGang before their “Mirrorland” tour stop 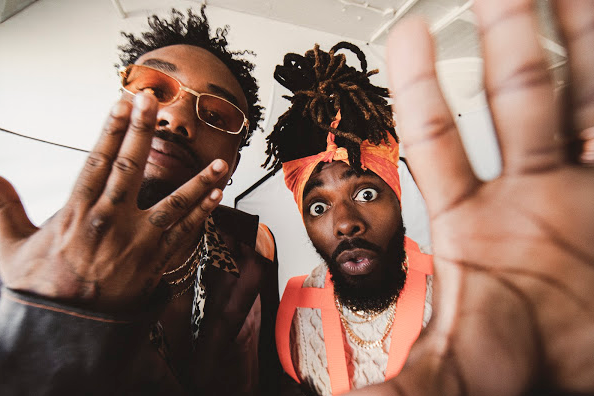 Atlanta based duo EarthGang will bring their Welcome to Mirrorland tour to The Complex on November 19th.

Olu (aka Johnny Venus) and WowGr8 (aka Doctur Dot) have steadily grown into an eclectic force after forming EarthGang in 2008. Although most listeners might view them as a newer artist, EarthGang’s discography begs to differ. This includes 11 projects, countless features and singles, all of which predeceasing the catalyst for their major label debut album and its tour, Mirrorland. They are co-founders of the collective Spillage Village, alongside J.I.D, Hollywood JB, JordxnBryant, 6LACK, and Mereba. Having signed to J. Cole’s imprint Dreamville Records in August of 2017, EarthGang is primed and ready to take their work to the world stage.

While most refer to them as a rising act, some might say that EarthGang has officially “arrived” now that they are signed to Dreamville. But in an interview with Jewel Wicker of Pitchfork, WowGr8 and Olu denounce the notion that they’ve “made it”, offering some insight into the idea of stardom and success. WowGr8 said, “If you not rising, what the hell are you doing?” Olu agreed: “I’m going to be rising my whole life.” (Pitchfork). 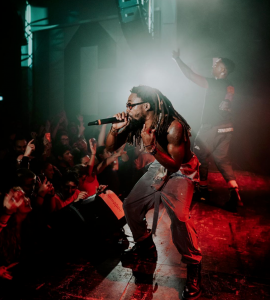 EarthGang has opened for an impressive and exhaustive list of artists. These include Ab-Soul, Mac Miller, Bas, J.I.D., J. Cole, Billie Eilish, and Smino. Any anxiety associated with performing live has presumably been mitigated through years of experience. From the videos they’ve posted along the tour, it’s apparent that EarthGang’s energy and stage presence is fine-tuned and compelling. Here’s a teaser showcasing an orchestration of the crowd while performing their hit song “Artificial”.

Now that EarthGang is headlining their own tour, excitement is growing for their upcoming Salt Lake City stop. Grab tickets now before they’re gone!