Gilligan Moss Revitalize Summertime With Their Slow Down EP 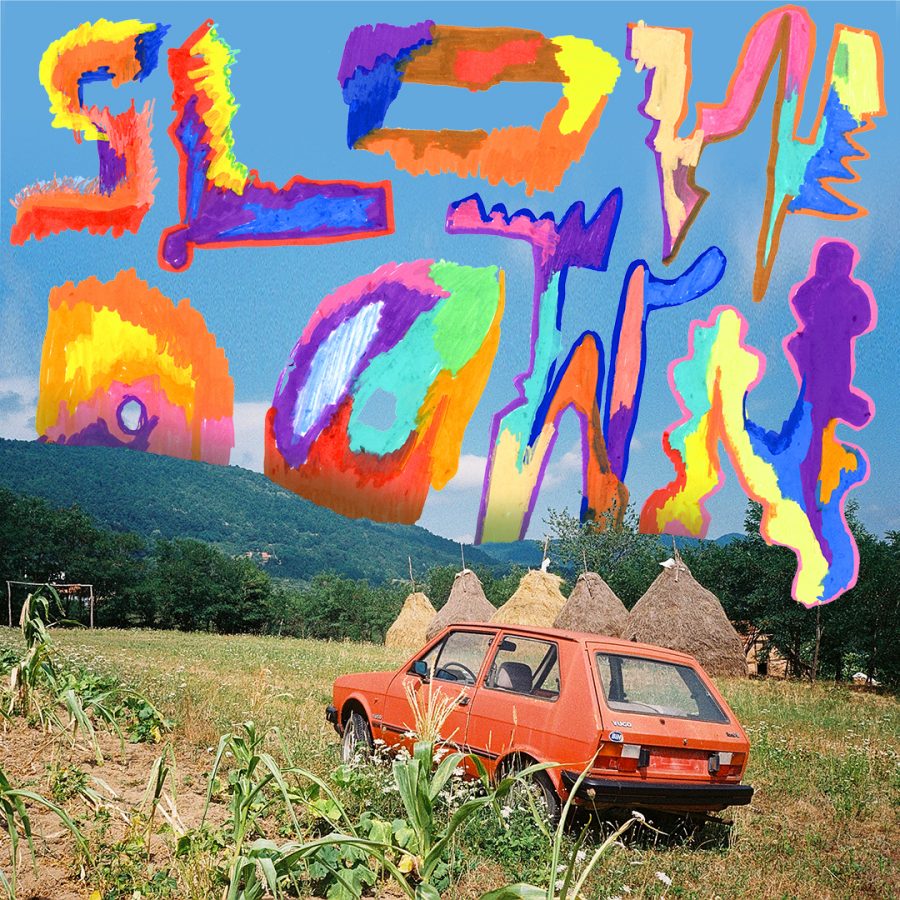 Utah’s winters sink deep; despite the few days of sun we’ve had this season, the gray skies and snowcaps leave an impermeable impression. I’m a big fan of our winters, but Gilligan Moss’s teaser EP Slow Down revived a hibernating nostalgia for summertime in me. In Slow Down, Moss’s masterful sampling and quirky production style shine a bright fluorescent red that is sure to seduce the leftest of feet into emphatic dance.

Gilligan Moss clearly know what they’re doing, they’ve toured with Glass Animals and Toro Y Moi among many others, and have performed at major music festivals such as Coachella and Electric Forest in the past few years. They’ve most famous, however, for their fantastic nu-disco and house remixes of others’ works, with their remix of Glass Animals’ Gooey reaching more than 12.5 million streams on Spotify at the time of writing. They’ve been releasing trippy, trancelike sounds since 2015 with their first EP Ceremonial, though Slow Down marks a distinct refocus in sound from a gooey, deep-club sound to a more focused, indie-esque summertime vibe, featuring tight, acoustic drums and thumpy J-Bass rather than the typical Model D type bass and 909 samples they featured on past releases.

The result of this stray from tradition may be disappointing to some, but there’s no denying the organic feeling that saturates this EP. It feels remarkably Californian, despite Gilligan Moss’s New York residency; Immediately from the title track, you can hear the house influences mixed with the shimmering-indie vibes reminiscent of the golden sands of SoCal. Slow Down is by no means stereotypical, though: if you listen closely, you’ll hear samples of bongos, time-shifting delays, springy synths, and even dogs barking (??). It’s absurd how much intricacy is squeezed into these four minutes that I easily missed on my first handful of listens. To the untrained ear it may seem repetitive, but this track grew on me the most of the four.

Following this, Lee’s Last Dance provides us a silky-smooth ballad that is just the right mix of funky and simplistic for a late-night or midday drive. With lyrics lamenting the conflict between wanting someone and feeling too nervous to let it show over a simple thumping instrumental, the song rings of the sad-yet-sexy undertones of Beach House’s Space Song, it feels like watching your first lover dance with another at the prom (complete with a sampled rainfall). Rebecca & Fiona’s velvety vocal performance on this track perfectly matches the production style, it’s a real treat to the ears despite the tonal divergence from the other three tunes on this EP.

Third up is my favorite track off this EP: Ferris Wheel. Again featuring Rebecca & Fiona’s vocal talent, this track’s instrumental is unabashedly upbeat, owing to its incredible bass performance. The track is ridden with delays, arpeggios, and dark reverbs that allow it an infectious, percussive flair that’s begging to play over a skating rink. The lyrical content of this song is dissonant to the sound, showcasing how a wrong love can feel so right:

“I should’ve known right from the start, you’re the worst,

you’re the wildest… we both know now, we’re a perfect disaster.”

These lyrics are similar in tone to Lee’s Last Dance, though they ring with greater optimism, referring to the emotional disaster of an imperfect love as a Ferris wheel (hence the track’s name). It’s an ironic and hilarious call to the complicated nature of love.

Closing out the EP is Ultraparadiśio; this track was released as a single last year, and may be the epitomal track of the EP: it is shiny, funky, and demanding of a smile. This track is where Gilligan Moss really flex their sampling and production muscles, utilizing an expansive collection of sounds that build upon each other. This song is the only instrumental on the album, and I wouldn’t have it any other way. It’s built perfectly for the ending of a coming-of-age film in it’s enthusiastic tone. I cannot wait to see how it fits into the forthcoming album.

As with most other house music, this album is designedly repetitive, which may be off-putting to some. When skipping through playlists, these tracks may not pique your interest as much as other house and nu-disco bangers. You’ve heard most of the jazz of these tracks by the two-minute mark, but Gilligan Moss’s unique production style was enough to sustain my interest. You’ll fall in love with the shimmering synths and intricate sampling work, it’s like summer incarnate has been distilled into each of these tracks in a delectable dichotomy to our dark, Utahn winters. 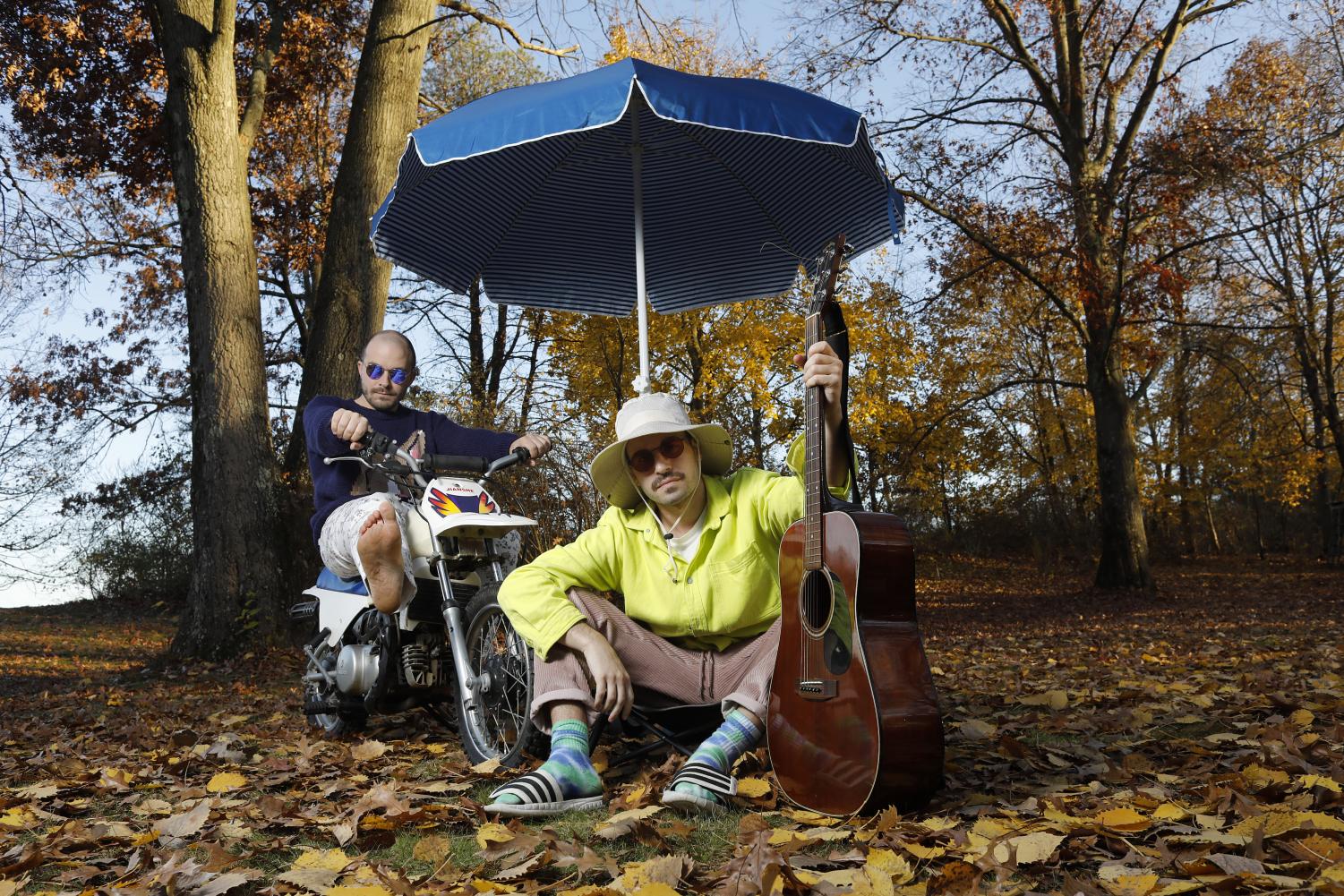