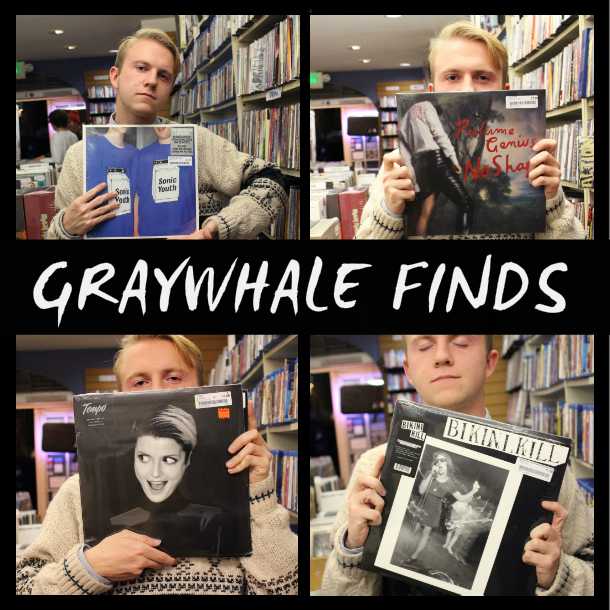 I often find when I go to Graywhale Entertainment looking for one album, I end up finding something entirely different. This fact stayed true upon my last visit, and I found a number of exciting albums both new and old.
1) The Ooz by King Krule 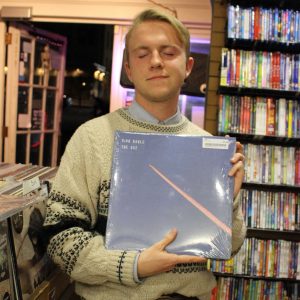 Among my first finds was King Krule’s new hit The Ooz, an appropriately titled album given the music on here; the tracks are drenched in atmosphere, weaving around jazz-inspired riffs and Archy’s mesmerizing voice. The resulting music both soothes and bites, distinguishing it from a lot of more recent releases. With unforgettable tracks like “Dum Surfer”, it’s set to be one of my favorite albums of the year. 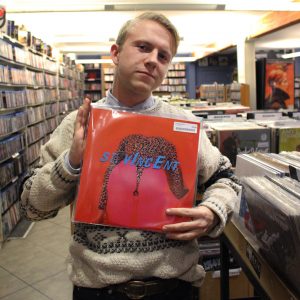 I also found a couple copies of the deluxe edition of St. Vincent’s new album Masseduction. It may not be my favorite release by the artist, but there are plenty of stellar tracks. “Pills” in particular comes to mind; it shows off Annie Clark’s mastery of the guitar, and its use of saxophone is a joy rather than an irritant, out-of-place gimmick. The deluxe edition comes in yellow vinyl, which could also be considered a gimmick, but I have a soft spot for colored vinyl.

3) Another Green World by Brian Eno 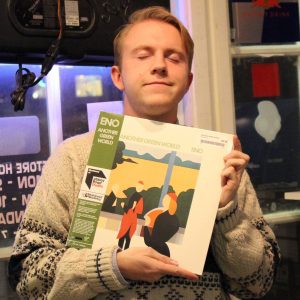 Among the newer releases were a number of reissues, including this treasure by Brian Eno. Another Green World is Brian Eno at his best (outside his collaborations); sitting halfway between his voice-led music and his instrumental projects, it’s a collection of zany, ingenious pop tunes. Distinct, wobbly synths and guitars played with mallets are just a few testaments to Eno’s creativity on here. It’s also a testament to his immaculate attention to detail, a good quality to find in any record.

4) No Shape by Perfume Genius 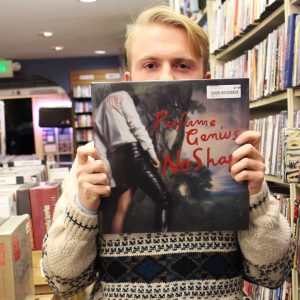 Upon recommendation by a friend, I checked out this album earlier this year and I couldn’t be gladder. As of yet, no album has quite topped this release for me. Perfume Genius honed his craft on this album, delivering a velvety, pop sound in tandem with an emotional, intimate vocal performance. It’s the kind of album you want to listen to beginning to end, which makes it a perfect vinyl purchase. 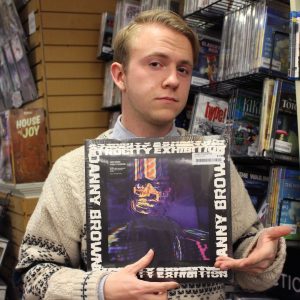 If you haven’t seen the video for “Ain’t it Funny”, you need to make some time to watch it right now. First of all, Jonah Hill directs it. Secondly, the music is divine; it’s a macabre, unrelenting powerhouse of a track and only a taste of what the album has to offer. Haunting soundscapes and immaculate rhythm and pacing are the name of the game on Atrocity Exhibition. Pick up this album and I guarantee you’ll have its raucous, claustrophobic beats stuck in your head.