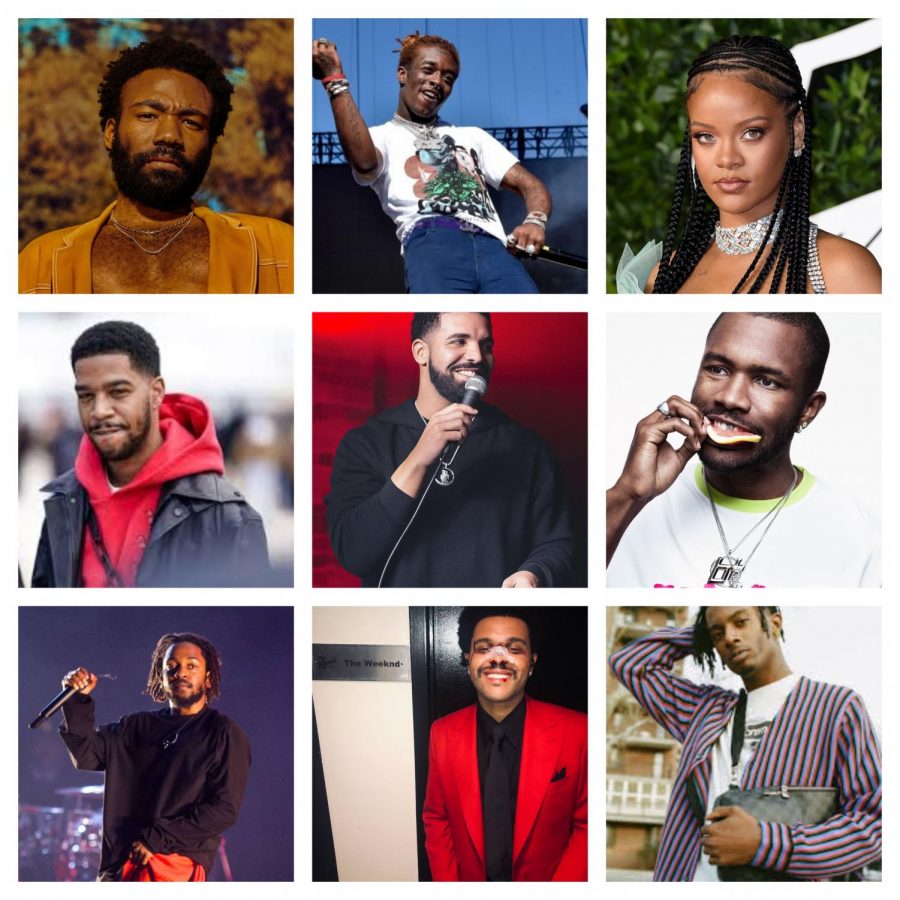 As you’ve read in some of my previous posts, 2019 wasn’t a huge year for hip hop. In terms of big artists dropping music, it was kind of a letdown in a way. Thankful for us, 2020 is stacking up to be the polar opposite. We’ve got a comically large amount of big artists slated to drop new work this year. Read on for what to expect this year and what I’m looking forward to most from hip hop in 2020!
What to expect from hip hop in 2020
In 2020, I’m expecting big things from the hip hop world. You can read my previous post for my predictions as well as predictions from the Reddit community /r/hiphopheads. The biggest thing that I’m expecting for the year is a lot of new music, new music videos, and tours. There will inevitably be rap beefs, drama, delays, and hopefully no unfortunate deaths.

January was already a good start to this year, where we received music from Mac Miller, Lil Wayne, Eminem, Yo Gotti, and many more. February is expected to be pretty hefty with releases from 2 Chainz, Brent Faiyaz, Lil Baby, Young Thug, and PARTYNEXTDOOR.
Music I’m hoping for in 2020
As I’ve mentioned so many times already, 2020 is predicted to be the biggest year for hip hop in a while. Most artists work on a cycle of releasing music and this year lines up for quite a few of them. A lot of artists release albums every 2, 3, or 4 years in some cases.

A perfect example of this release timing is Kendrick Lamar. We haven’t received an album from him since 2017’s DAMN., so he feels overdue to drop some new work. His album is the most anticipated by many, especially after reports came out that it may have a rock influence. Personally I’m not too crazy for rock influence in hip hop, but I’m sure K.Dot will be releasing something memorable.

Frank Ocean is another artist that is on a blatant cycle for album releases. We last got albums from him in 2016 in Blonde and Endless. With the rollout of his latest singles “DHL”, “In My Room”, and new merch, it feels like the project is almost here. This is one of my most anticipated projects of 2020 by far and I know Ocean will deliver. I can’t wait for this release.

My other most hyped project is whatever Kid Cudi has got cooking. He’s working on a new TV show for Netflix called Entergalactic and there is supposed to be an accompanying album. However, there are rumors that this project was delayed from its original release date of summer 2020, but I really hope not. 2016’s Passion, Pain, & Demon Slayin’ was a great piece of work and I’m sure that this project will be better. Cudi seems to be in a great headspace and that usually makes for his best work.
Other artists expected to release new music
Aside from the three artists I’m most hyped about releasing new music, there are many more that will probably drop. Here’s a list of artists that have been connected to new music rumors in the last year:

Childish Gambino
The Weeknd
PARTYNEXTDOOR (new album PARTYMOBILE was announced)
Drake
Rihanna (R9 has been teased)
Lil Uzi Vert (Eternal Atake has been announced)
Playboi Carti (Whole Lotta Red has been hinted at)
Don Toliver
J. Cole (The Fall Off has been rumored)

The crazy thing is that my list isn’t even all of the artists that I’ve heard of dropping in 2020. We’re expected to get a simply insane amount of music and I’m definitely here for it. If you have any more artists you’re excited about new chunes from, hit me up on my IG and let me know. You can find me @youngthuggamanekyle. Here’s to a legendary 2020 in hip hop!