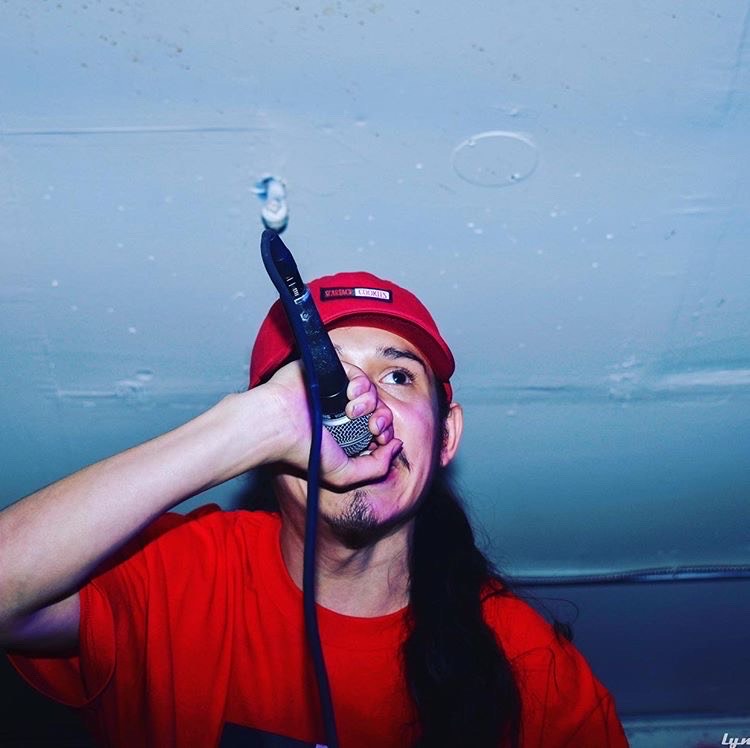 At just 20 years old, Osiris shows why he’s a prominent figure in the Salt Lake hip hop scene with the release of Dying2Live.
Celebration
Going to a local show feels like a party. For artist Osiris, he threw his own show on March 9, 2020, in celebration of  his latest EP Dying2Live, and his 20th birthday. The bill looked like it could be for a mini music festival with the nine artists on the lineup. Each artist had about 25 minutes to put their best work on display. The show included performances from Nostalgic 90s, Mikey, King Ronin Da Scholar, and more. This rapid-fire setting, along with the impromptu freestyles, was like seeing a live episode of Rhythm and Flow. “I got all these artists that I’m paying personally to perform on my show. I love that,” Osiris says.

King Ronin Da Scholar’s set was a highlight of the night. He showed great stage presence and interaction the way he drew the crowd in with comedy and monologues before smoothly transitioning to each track. His set started with a frenzy of energy with the relentless “Hands Up.” There were moments of spoken word leading up to the introspective “Empathy (I Feel),” and ending it with the fun and braggadocious track “Don’t Talk.” King Ronin Da Scholar got his start by consistently uploading tracks on SoundCloud and later on meeting more artists in the scene. “I went to Club Echo for the Keys To The City event. Met Murderou$ T there. Just kept on showing us love and we started to become homies,” King Ronin Da Scholar says. He grew up listening to rappers like Eminem and Kendrick Lamar, as well as some influences outside of rap. “Guns and Roses is one of my favorite rock bands. I draw a lot of inspiration from Johnny Cash. Just kind of like that forlorn death is coming mixed with an outlaw mentality,” King Ronin Da Scholar says.
Osiris’ Influences
Influences can come from a variety of angles. Osiris’ interest in making music started by watching his older brother’s band practices. Being the youngest, his older siblings didn’t want him involved. Brushing it off his shoulders, Osiris decided to learn music on his own. He started sharing his raps at 14 when he moved from Missouri to Utah. “I started going to parties and freestyle. People used to like it. I was like, bet. Let me hit it. Let me tell you a story about me,” Osiris says.

Storytelling and ear-grabbing hooks are all across Dying2Live. What makes Osiris stand out is his flow and cadences that fit perfectly with the West Coast production that was produced and engineered by Hiveminded Studios.
Level The Playing Field
SlapFarmer, aka Tristan Axworthy and Dustin Perry, make up Salt Lake City’s recording studio Hiveminded Studios. Since their opening in March 2019, Hiveminded has played a big part for artists to get their music professionally mixed and mastered. The idea became reality when they built a vocal booth inside Perry’s home music studio. From there, they were open for business. Rappers Lane and Apollo from the duo Nostalgic90’s were their very first clients. Through diligent nights in the studio, the momentum started to pick up. The network grew as friends of the duo like Osiris, Murderou$ T, and King Ronin Da Scholar became familiar faces. For Axworthy, he wants to make it possible for artists to create their best work. “My whole thing with music is providing a platform where people that are not known can. If you provide people with a sound at a reasonable rate that’s comparable to national artists. It levels the playing field,” Axworthy says. 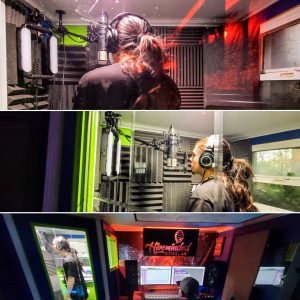 Dying2Live Review
The project is unapologetically blunt and proud to be from the 801. This is evident on tracks like “No Juice” and the banger “LakeShit.” The notable intro “My Daughter” is an example of Osiris’ brutal honesty. Osiris shares about having to fend for himself, the untimely passing of his brother Sisu, and his mother missing. Despite facing great loss, his drive remains the same. He raps about hustling for a better future for himself and his daughter.

The tracks “All The Most” featuring Lane Cobain3 and “Juice” have knocking beats that could easily fit on a DJ Mustard album. The stoner anthem, “Let’s Get High” reminds me of a Nate Dogg track with YaBoy B teaming up on the resounding chorus, “Let’s get high we smoking dope, lets get fly we on a roll, we smokin packs, and sippin’ fours.” The personal favorite “Shoot To Kill” feels like I’m taking a speedy ride through Osiris’ mind as he unloads his thoughts over striking drums and a somber guitar melody.
In Conclusion
Dying2Live is more than just a cool title; it’s a representation of the hunger for success. The project feels anxious at times but still maintains a degree of confidence and levelheadedness. The kind of attitude someone who is climbing for the top would have. The references to Osiris’ brother Sisu is his way of keeping his spirit alive with him as the young artist continues on his own path.

Dying2Live is a hallmark in the current climate of Salt Lake City’s rap scene. As more artists continue to create solid collaborations and display these raw emotions, the more people will take notice of the untapped talent that lives here. 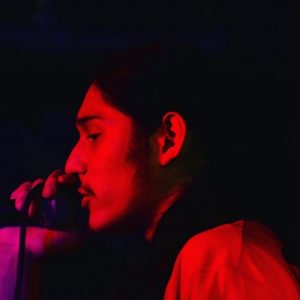