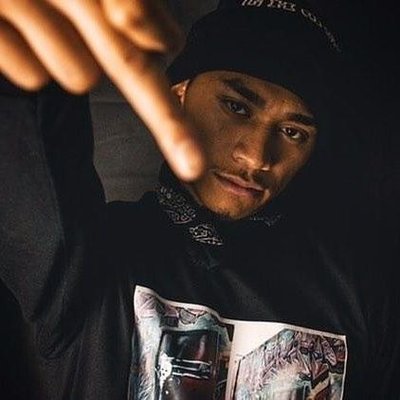 Bobby B Mac and his team, the Ghost Family, are showing what you can achieve from working together.

B Mac has always had an interest in music. “It’s always been around me. With everything growing up, I took bits and pieces of different genres. I was like damn, I’m gonna make some rap music,” B Mac says. His father, B Side, is a prominent figure in the battle-rap community and his uncle was also a member of the Polynesian-American group, The Jets. B Mac’s inspirations come from a mix of sounds. You can hear influence from the West Coast on songs like the smooth and bouncy “Hussle Early” featuring rapper and producer YoungKayz. The influence is also present the summer bop “Hold It Down” featuring GhostJayBee and GhostPerry. On “Bac to the Bloc” featuring TyeGraves, they show their love to the ‘90s by hopping on the Deep Cover beat, as both rappers trade bars back and forth.

In the music video for “95 Baby”, Bobby shows his hometown alongside his crew, the Ghost Family. In the song, Bobby addresses the violence and tension he sees on the west side of Salt Lake. Without holding back, he speaks on the school-to-prison pipeline with bars like, “Cause they gon’ overlook us, them jails gon’ overbook us, and 12 be grilling n*****, they tryna over cook us.” Even when faced with these inequalities, Bobby remains grounded. He delivers bars saying, “So as soon as we make it, we gotta make arrangements. More gyms, more parks, for the kids to play in.”
What’s next?
With the constant work B Mac and his team are putting in, it doesn’t look like they are going anywhere soon. To stay updated on new songs and videos, follow The Hive Entertainment on YouTube and Soundcloud. Also, check out the new video for “FULL TIME” featuring Hollywood Kilo, directed by Float Freely and Hppthghts.

Bobby B Mac’s interview with the Hip Hop Drip is available on Soundcloud, listen here!