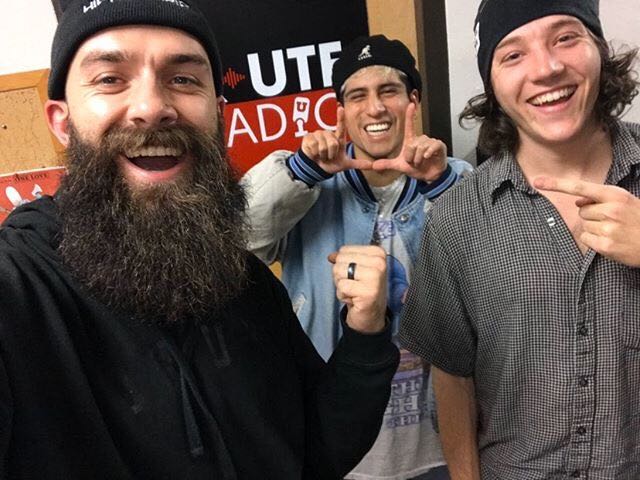 Meet Zac Ivie, a local emcee and all around artistic presence in the Salt Lake City hip hop scene. He is also the founder of Get it Write Records, an independent label that recently began signing local artists. The label is also home to frequent networking parties which Ivie views as an essential tool for up-and-coming artists. These networking parties give fellow creatives in Salt Lake City the opportunity to connect and collaborate with people in those areas they need help with. The space is very much there for artists to take advantage of all the talented individuals offering their talents in Salt Lake.

Zac Ivie is a true veteran of the Salt Lake City hip hop scene. You might have seen him opening up for the likes of Ghostface Killa, Talib Kweli, Hieroglyphics, or any one of your favorite rappers. Though most likely you have come across him posted up at local events, showing love and support to his community. Zac Ivie stopped by kuteradio.org to play us his most recent single, “All for You” which was a hype anthem he wrote specifically for the University of Utah’s 2019 Championship bowl game. Throughout our interview we get to hear Zac talk about the making of his new single and his intentions of releasing a project this year. All the while, we got to know the humble and down to earth Utah hip hop artist.
Zac Ivie’s new music
As of recently, Zac Ivie has been in full album mode, making the final corrections to his long awaited project Wish Kid. For this record, Zac was in charge of his own recording, mixing, and mastering. He told us that this gave him the liberty to really experiment with his sound and that the project will have a little bit of something for every type of music lover to enjoy. Although we do not have an official drop date for Wish Kid, Zac assures us that it is coming soon. He wants to make it absolutely certain that all the details get perfected for his fans. 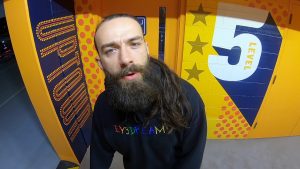 We also got the low down on the making of Zac Ivie’s most recent single. As a lifelong Utah Utes Fan, Zac wanted to create a hype anthem for the football team. He released the single “All for U” on the day of the championship bowl game that the University of Utah recently took part in against Oregon. He remarked that most major artists have their cities locked down to the point that even their sports teams are supporting them and their music. The teams are bumping them and he would love to continue making music specifically curated towards Utah sports and other attractions.
A work ethic like none other
There’s no question that the Salt Lake rapper is a workhorse. All within the last year that man has gotten engaged and bought a home, all while piecing an album together. Zac Ivie stays on his grind because he knows that’s what it takes. With that said, he is mindful of how difficult it is to remain confident in yourself.

Special thanks again to Zac Ivie for stopping by kuteradio.org and showing some love to the Hip Hop Drip! Be sure to pay attention to Zac’s instagram [@ZacIvie] where he posts frequent updates about the upcoming project Wish Kid which drops sometime this year. Follow this link if you would like to hear our full length conversation with Zac Ivie where we discuss the Eminem and Nick Cannon beef, the time Kanye brought his “Sunday Service” to Salt Lake City during conference weekend, and much more!