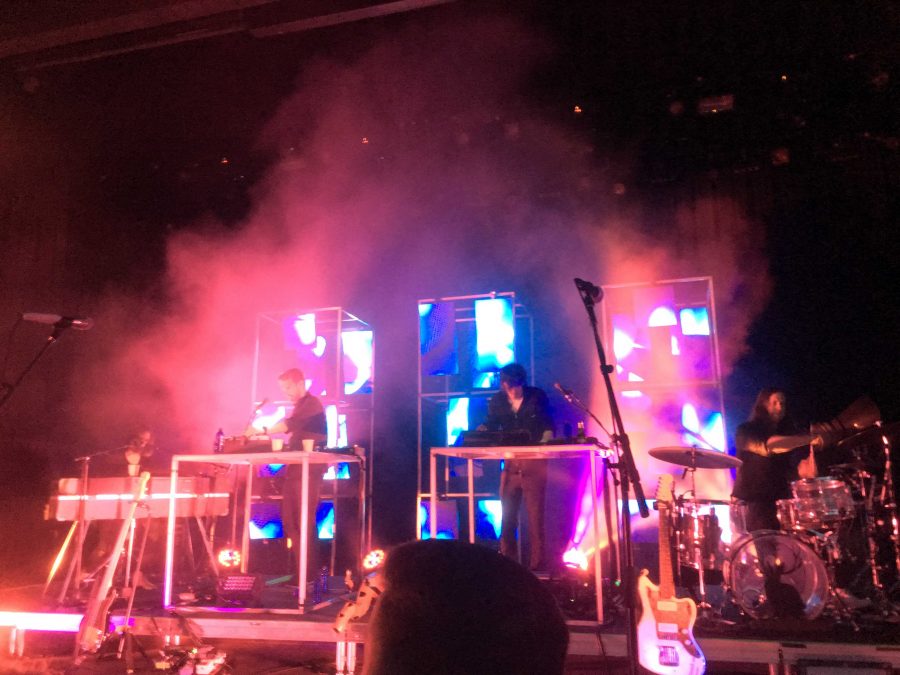 Ogden Twilight has not disappointed me yet. If you’ve ever driven to Ogden from Salt Lake City, you may know how bad traffic can get between Farmington and Ogden. On the way to the Miike Snow concert, the traffic doubled due to an automobile accident. That did not stop me from seeing Swedish band Miike Snow and Dutch/Norwegian band Klangstof with a spotlight on local heroes New Shack. 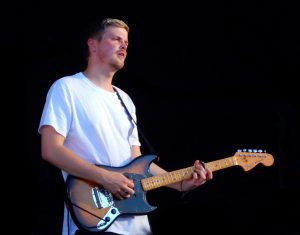 Driving an hour north is usually worth it when going to the Ogden Amphitheater. It’s a very nice, friendly, and welcoming venue. When I arrived, I bought myself a frozen pink lemonade, and smoked while I waited for Klangstof. A very clear day, only a few small cirrus clouds in the sky. The place was getting packed. Due to the traffic, I only caught the last few moments of New Shack’s set. I listened to their music on SoundCloud when I got home. New Shack is from Provo, UT and they have a very new age indie pop sound. 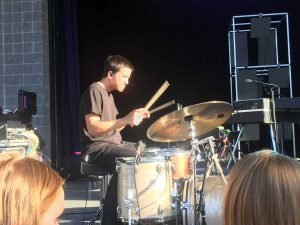 Klangstof is a progressive/indie/alternative-rock band. The drummer would go back and forth from drum pad to traditional drums. Sometimes, you can tell when a band stumbled into the music industry; Klangstof is not one of those bands. These guys look like they have been on the grind for a while, and they are now on tour with Miike Snow. I fell in love with Klangstof’s singer Koen Van De Wardt. He said the band, Miike Snow, had an incredible Swedish tobacco, but it stops working. The joke fell flat but I laughed.

From what I can tell, it can’t be easy to keep a band together. The way Koen kept all of his band mates engaged and relaxed showed me how real this band is. Very dual-sided, beautiful, light at times, with droning tones and complex shredding. This band was perfect for helping me release the built up tension from the awfulness of the world. After Klangstof’s set, I felt like maybe things aren’t that bad. 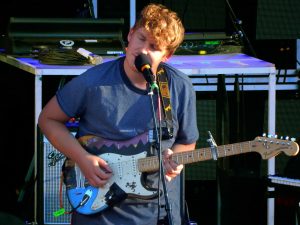 After playing with the Pepsi Patrol, there was a brief introduction to the indie/pop/electronic band, Miike Snow, from the same host who introduces every Ogden Twilight I’ve been to. She introduced the band and then about ten minutes later Miike Snow came on. 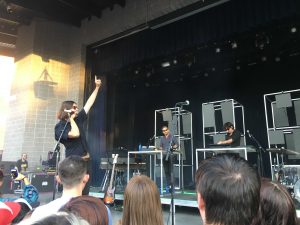 This band had been apart for a little while working on solo projects. At first, they seemed to be very okay with me taking photos. It seemed Andrew Wyatt was even giving me some poses. I got carried away and kept taking photos. I’m very enthralled with this band in general. Towards the end, he seemed to break the pose he was making as soon as I lifted my camera (I don’t think bands like it when you watch their sets through your phone screen). 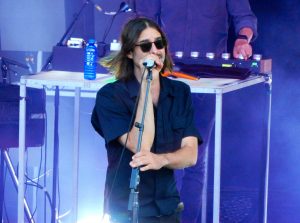 He kept a great and electrical energy the whole time; this band is so cool, Pontus Winnberg is my favorite.  The drummer, whose name I can’t find, had the key to my heart. the other band member, I can’t find his name either, absolutely stole the show with his sick licks. He was not regular bandmate Christian Carlson, he was not there on this particular night, however, he is a very important part of Miike Snow. 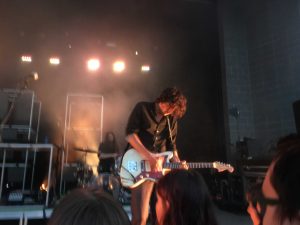 These guys are some real and professional musicians, which don’t always go hand in hand. I caught a glimpse of the setlist taped to the stage after the show and they had the encore they did on the set list. The encore song was “Animal”, a very popular song of theirs and I’m glad I got to see them play it. 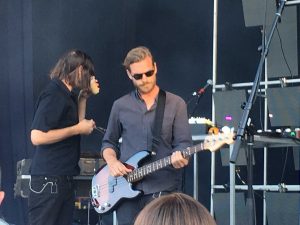 This music definitely does not look easy to make happen every night sofor that, I thank you, Miike Snow. I can tell this band has made a real difference in people lives for the better. I’ve been a Miike Snow-Flake for a while now, it’s absolutely great music for dancing out the feels. Overall, a stellar end to the Ogden Twilight concerts.