There’s a lot of tropes among anti-sport heads. The players make too much money, they don’t deserve it, they don’t work that hard, blah blah blah.

Let’s make those people mad by talking about the athletes who did the absolute worst at their job, while still making enough to set their families up for generations.

In no particular order, these are some of the biggest jobbers and near-con artists that sports have ever seen.
Sam Bradford, QB, Rams/Eagles/Vikings/Cardinals 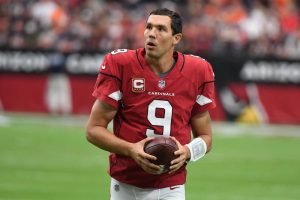 The inspiration for this entire article (and a handy @marcsessler tweet) is none other than the NFL’s red-headed stepchild, Sam Bradford. Over the course of an eight-year career, Bradford cashed out with a whopping $130,022,863, putting him 14th all-time in payouts for a quarterback. Not bad for being a first overall pick, who dominated the field in his time at Oklahoma. With all that money, you’d think he was a franchise quarterback through a long, successful career, but you’d be wrong! Bradford went 34-48-1 as a starter, started all 16 games of a season only twice, and never led his team to an above-.500 record. This, coupled with the fact that he never started a playoff game, never made a Pro Bowl, and currently has made $30 million more than Russell Wilson (who’s won a Super Bowl), makes him a prime candidate for our list.
JaMarcus Russell, QB, Raiders 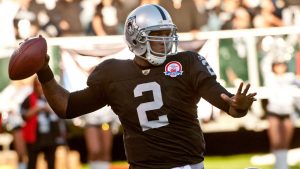 It’s impossible to talk about undeserved money without mentioning JaMarcus Russell. Before playing a down of professional football, the Raiders inked a six-year, $61 million contract with the first overall pick. That’s nothing compared to the hundreds of millions that get spent on other first round picks. It doesn’t look as good, however, when you consider that he only lasted until 2009, went 7-18 in that span, and threw only 18 touchdowns in his entire career. Luckily, the Raiders were able to save about half of that money after cutting him in 2009, but he still made out with about $32 million, and has a current net worth of nine million. Pretty good for three years’ worth of work.
Malcolm Butler, CB, Patriots/Titans 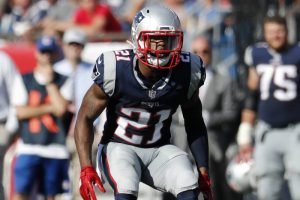 You have to address the obvious when talking about Malcolm Butler as an overpaid NFL player. His career up to the point of his signing with the Tennessee Titans was a largely B+, with one extremely notable exception. Butler’s performance in Super Bowl XLIX was nothing short of immaculate, and outside “The Interception”, had a spectacular performance, locking up Seahawks receivers and totalling six tackles on the night. Given that performance, you’d think he’d only just hit his stride, and was coming into his prime as a cornerback. The Titans believed that too, and inked him to a six-year deal, making him one of the highest-paid defensive backs in the league. Since the signing, he’s been one of the worst coverage cornerbacks in the NFL. He sits 44th of all cornerbacks in total tackles since coming to Tennessee, and has only appeared in 25 of 32 games, starting 20. Pretty average numbers, like the majority of his career, but pale in comparison to some of the other backs that make significantly less than him. All this in the face of his nearly $50 million contract makes both sides look worse for wear.