Mumford and Sons delivers an epic show at USANA Amphitheater 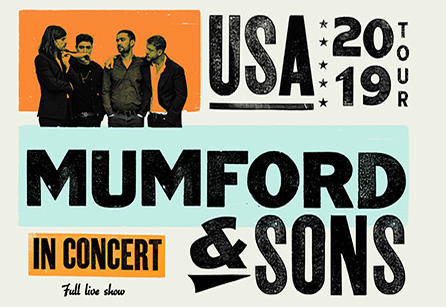 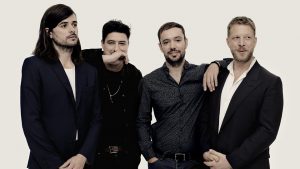 Concert review
As for their Salt Lake City performance on August 13th, 2019, Mumford and Son’s set was astounding. As the light from the sun began to fade, painting a gorgeous pink and purple sunset backdrop to the amphitheater, Mumford graced the stage to eager fans and widespread applause. Everyone was excited to hear their favorite tracks and witness a stellar performance. After the first song concluded, Marcus Mumford charged the crowd to get on their feet while strumming the first few chords to “Little Lion Man”. The crowd was instantly drawn to action, they couldn’t resist joining in on the fun. Once everyone was on their feet, the mood was set, and Mumford delivered a performance for the record books.

Mr. Mumford kept the audience on their toes, often performing solo as the stage behind him was shrouded in gigantic drapes, only to reveal a larger ensemble behind him. The show had a melodic ebb and flow. It would dip from less polished instrumentals and vocals, to crescendo with the inclusion of a full-on marching band to assist in some of the more heightened and energetic parts of their songs. 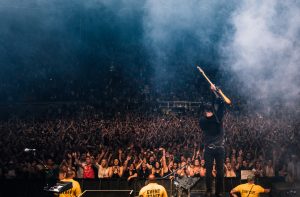 Each song seemed to last a lifetime, and no one was mad about it. When you thought it would end, Mumford and Sons would transition to a different track, leaving the crowd in awe and totally wrapped around Mumford’s finger. It was apparent that hours and hours, and hundreds of thousands of dollars in lighting equipment and set design were invested to orchestrate such a performance. The combination of the large amphitheater, the crowd, the lights, and of course the impressive musicians on stage was overwhelming in all the right ways. It was pure bliss and the music felt infinite. At times crude and unruly, the entire set and its flow was clearly deliberate, and meant to put Mumford’s talents and their unadulterated musical prowess on full display.
Show highlights
A special highlight of the show included Mumford’s captivating rendition of their ballad, “Believe”. The song builds over time and the audience grew more and more involved with each lyric uttered by Marcus Mumford. Marcus repeated the chorus, “I don’t even know if I believe, I don’t even know if I want to believe, anything you’re trying to say to me, so open up my eyes, tell me I’m alive, this is never going to go away, if I’m going to guess what’s on your mind” as he ventured off the stage and into the very middle of the crowd. Marcus is a natural leader and involved the crowd with self-confidence and a dignity that demanded the respect of all in attendance.

The encore was impressively pulled off, with Mumford performing some deeper, more personal tracks that were more grounded acoustically. As a large group of concert goers began to vacate at the end of their original set, Mumford graced the stage yet again for at least three more songs, each weaved beautifully to create a limitless vibe.