A Night In The Red Rocks 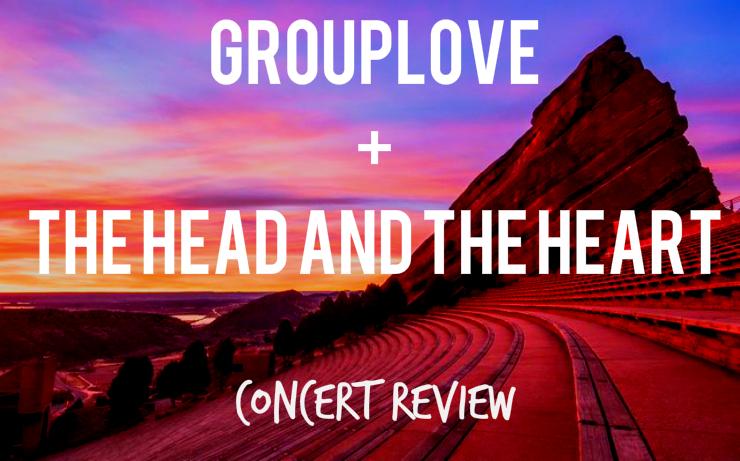 People do crazy things to see the bands they love. I have waited in the scorching heat and freezing cold. I have traveled across the country and around the globe. I have gone to incredible lengths just for a couple hours of live music.

I saw The Head and The Heart and Grouplove in August of this year. I highly-anticipated this show since I bought the tickets back in December of 2016. Not only was it 2 bands that I really liked, (and have seen both live before), but it was performed in what is often regarded as the best concert venue in the US: Red Rocks Amphitheatre in Morrison, Colorado. This was the type of concert that I knew was going to be legendary from the moment it was announced. 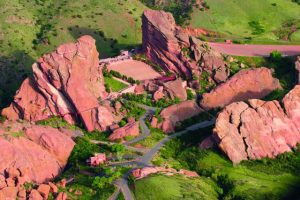 For those who have never been to the Red Rocks Amphitheatre, it’s truly a spectacle. Located 30 minutes outside of Denver, the venue is placed around a breathtaking landscape. Massive red rocks eject out of the green hills creating a visual masterpiece. Smashed in-between a couple of these rocks is a 10,000-person open-air theatre. Because it’s built on a hill, everyone in the venue can easily see the stage. The sound becomes amplified around the rocks creating natural acoustics which make the sounds feels like they’re coming down from heaven. 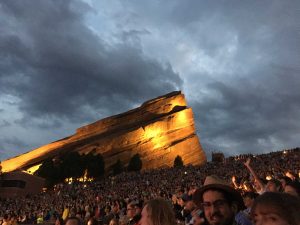 Artists and fans alike understand the reputation of the venue and act accordingly. The energy of the musicians and the crowd is unparalleled. It is common for bands to say, “It’s great to be back here at ______”. But when they’re at Red Rocks, they actually mean it.

Grouplove played first. I say played first instead of opened because both bands are good enough to headline. The indie rock band from Los Angeles could sell out the venue by themselves. The 2 bands have toured together before and are close friends. Grouplove never fails to entertain. The frontmen of the band and partners, Hannah Hooper and Christian Zucconi, dance around, feeding off each other’s energy for their hour-long set. 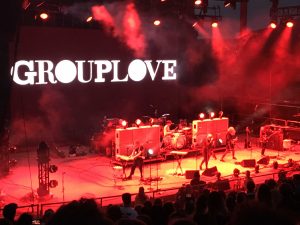 They played 14 songs including the more well-known “Itching on a Photograph,” “Tongue Tied”, and my personal favorites “Hippy Hill” and “Enlighten Me”. Their music is up-tempo, happy, and perfect for dancing along to. After seeing their enjoyment and pure love for what they do, it’s almost impossible not to have a good time.

The Head and The Heart is much more mellow but equally as entertaining. The Seattle Band’s indie folk sound relies heavily on 3 part harmonies from vocalists Josiah Johnson, Jonathan Russel, and Charity Rose Theilen. They played a 15-song set list, a 4-song encore, and were on stage for 1 hour 45 minutes. 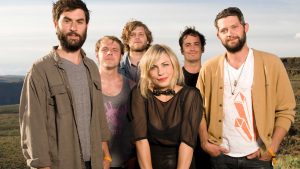 Both times I have seen them, they have ended with the familiar “Rivers and Roads”. The song off their self-titled debut album is what propelled the group into fame and is still a favorite among many fans. The final lyrics, “rivers and roads, rivers and roads, rivers till I reach you”, are repeated multiple times. Theilen starts as the lone vocalist. She messes around with the melody adding musical expression and variation not heard in the recording. The instruments and other vocalists slowly build as the entire crowd sings along.

These final lyrics provide hope for something not yet achieved. To desire something more is human. We may be searching for different things but we are all searching. For some it is that one person they can’t live without, some might be looking for success in their career, others just want to find live music. Whatever you’re looking for, go down every road and every river, til you find it.