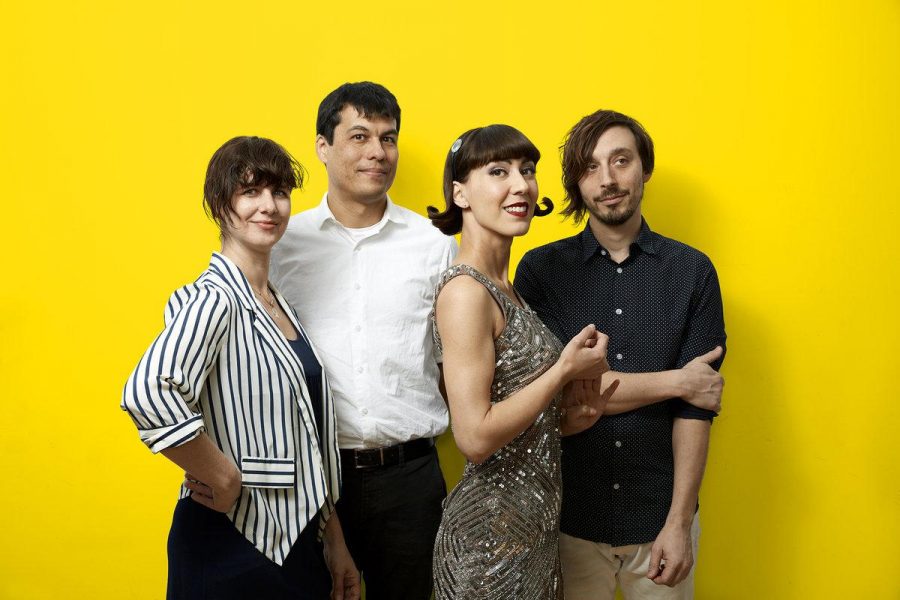 Monday Night. In Utah, typically reserved for families, board games, and green Jell-O. For some they are better occupied listening to live music at Urban Lounge, Salt Lake City. Of course, I’ll choose the latter. Not too many people left their nieces and nephews on Jan 22 when The Octopus Project came to town. When I first walked in there were only about 10 other people, exactly the way I like it. 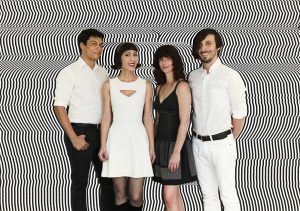 Intimate shows are the way to go. Small venues with the stage right in front of your face. No metal barriers dividing musicians and the audience.  This is how music should be played/watched. There are too many ultra-artists playing in those mega-domes and super-stadiums. And some guy payed $200 for him and his daughter to sit in section 317 row J. Anyway, enough with my rant. Back to the important stuff. 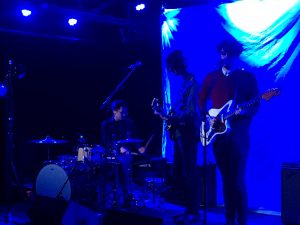 The first band was SLC natives Indigo Plateau. With two guitars, bass, drums, and vocals they have a pretty classic dream-pop/alt-rock sound. And they sound pretty good. Both guitarists use a variety of effects during song interludes creating a nice atmosphere. Their music doesn’t blow me away with originality but an altogether strong sound. They were a good opener, playing for about 30 minutes. 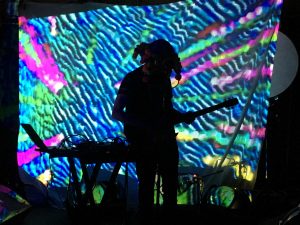 The second act was New Fumes from Dallas, TX. A single musician graced the stage. A guitar hung around their neck and was surrounded by a variety of electronic gismos and gadgets creating the rest of the music. The music was wildly experimental. The vocals were incomprehensible and drowned out by the sheer noise. You’d often loose sense of tempo and rhythm. It was on the verge of being something truly original and cool but wasn’t quite there. 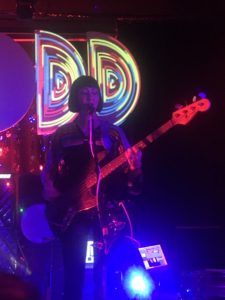 Headlining the show was Octopus Project. I first heard about them through a friend just a few weeks prior. I looked them up on Spotify and really liked what I heard. They are an experimental neo-psychedelic band from Austin, TX with a noteworthy sound. On stage, they are incredibly talented. The four musicians move around from instrument to instrument, each playing multiple throughout their hour-long set. Three of them provide lead vocals on at least one song, but much of their music is instrumental. They seem to have a strong connection as a band and play off each other immaculately. 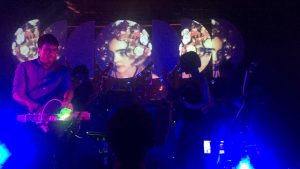 Octopus Project put it all into their performance. Band-member Josh Lambert opened the show saying, “I know it’s cold and it’s a Monday but let’s have a fucking awesome time together.”  And that we did. The crowd had grown considerably but was still sporadic. Nevertheless, people danced, whooped, and hollered. Yvonne Lambert played an electronic instrument called a Theremin, which is played without physical contact. All-in-all it was a delightful show with excellent music.

Music is often inspiring and can teach us important life lessons. But sometimes it doesn’t have a deeper meaning. Sometimes it’s just meant to be enjoyed. Seeing Octopus Project was a chance to simply enjoy some live music.