On The Rise: Trippie Redd 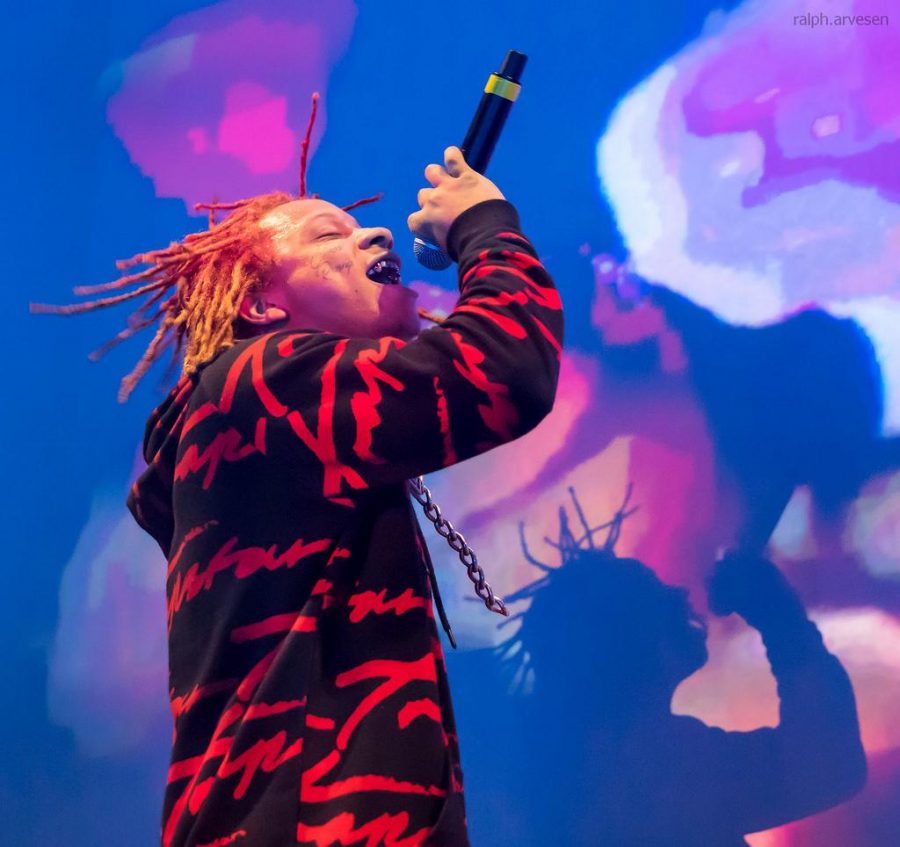 One of the best things about hip hop is the diversity in sound and musical styles, as well as the multitude of different artists to discover and listen to. This is especially true with the newest generation of hip hop artists, commonly referred to as “Soundcloud rappers”. With the rise of some of the most popular “Soundcloud rappers” around right now including Trippie Redd, 6ix9ine, Lil Pump, Smokepurpp, Lil Uzi Vert, Lil Yachty, and the late XXXTENTACION, there are many people out there who aspire to become like these artists, or simply just live the lifestyle. If you are someone who sits there contemplating whether you could be just as successful as Lil Pump, you may want to start with lo fi samples and work your way up from there. You’ll figure it out eventually. But for this post, we’re going to be focusing on Trippie Redd.

Trippie Redd, born Michael White IV, is a 19 year old up-and-coming hip hop artist hailing from Canton, Ohio. Redd first started to dabble in music while he was in high school, releasing a few tracks on Soundcloud before deleting them. It was only in 2016 that Trippie consistently posted and kept his tracks up on the music sharing platform, steadily gaining followers.
Rise in popularity
His big breakthrough happened in May 2017 with the release of his debut mixtape A Love Letter To You and its lead single “Love Scars”, which gained him the national attention of hip hop publications and fans. Later that year, he was featured on XXXTENTACION’s debut album 17 on the track “F*** Love”. The track reached the 41st position on the Billboard Hot 100 chart, his career high thus far.

In October 2017 Redd released his second mixtape, A Love Letter To You II. The mixtape was well received, debuting at number 34 on the Billboard 200 album chart. He then capped off a successful breakthrough year by releasing “Dark Knight Dummo” featuring Travis Scott. The track peaked at number 72 on the Billboard Hot 100.

In 2018, Redd continued to gain notoriety by appearing on the track “Wish” off popular producer Diplo’s California EP. He has also released a variety of solo tracks including “UKA UKA”, “I Kill People!”, “Me Likey”, and “How You Feel”, all of which have millions of listens on Soundcloud and YouTube.

But with popularity often comes drama, as we have seen Trippie Redd in the news due to his beefs with 6ix9ine and XXXTENTACION. He reconciled with the latter, but is still currently beefing with the former.
Why you should give him a chance
Recently due to the influx of new music that we receive at any given moment, it is often hard to choose which new artists to give our attention to. Luckily, there will always be someone that has listened to a particular artist and will be able to fill you in on if the artist is worth listening to or not.

Before you dismiss Trippie Redd because of the controversial things you have heard about similar artists such as 6ix9ine, XXXTENTACION, and others, I want you to know that despite what you think about someone, music is a form of expression and you should give their music a chance regardless of what pre-existing assumptions you may have about them.

Once you listen to Trippie Redd, it is quite evident that he is a very talented and versatile artist. He has the ability to create straight rap tracks in which he shows off a variety of flows, and he can also create more R&B-esque tracks that show off his powerful singing voice. He can switch between the two on a dime, and it makes for some really interesting results. And at only 19 years old, there is nowhere for Redd to go but up in terms of artistic development.
Notable songs
As a young artist, not all of Trippie Redd’s music may be accessible to everyone as he is still working on his sound. But below I’ve included a few of what I view as some of his most accessible and best tracks that potential fans should listen to.

This is the perfect track to start a new Trippie listener off on. It shows off his impressive singing and rapping abilities, while also being short enough to listen to multiple times. It isn’t my personal favorite Trippie song, but it is definitely an essential part of his discography thus far.

This track is a straight banger, and probably the hardest track in Trippie’s discography. Once again, it shows off his impressive melodic tendencies while also showing off his bars. The 6ix9ine feature is also pretty good too, and a good way to get into his music. I’d say that this is one of Trippie’s most notable tracks, while also being pretty good to boot.

While this isn’t Trippie’s song, it is definitely his most well-known feature on another artist’s song. What I love about Trippie’s part, and actually the song as a whole, is the pure emotion that you can hear in both artists’ voices. This track really shows the power that Trippie’s voice holds and I hope he sings like this on more tracks in the future.

“In Too Deep” – Trippie Redd

In all honesty, A Love Letter To You II is where I believe that Trippie really started refining and perfecting the sound that he has been going for. This song is a perfect example of that refined sound of his. There is an even mix of singing and rapping on this track, both of which sound amazing. This is definitely a fan favorite, so let’s pray that Trippie can capture this magic again on forthcoming releases.

Honestly, this track is really what Trippie does best. Those insane melodies, that catchy hook, and some good guest verses makes for a great song in my book. This is one that’ll be stuck in your head as soon as you hear it. Believe me, it happens to me all the time.
What’s next?
Up next for Trippie is the release of his long-awaited debut album Life’s A Trip. The project is slated to have 14 tracks and clock in at about 50 minutes in length. I think we’re going to get something special this time around in Trippie’s latest project, so give it a listen if you like what you’ve heard from him so far! Be sure to keep an eye out for my review of the Life’s A Trip album as well.