One of the Last Heavy Metal Shows 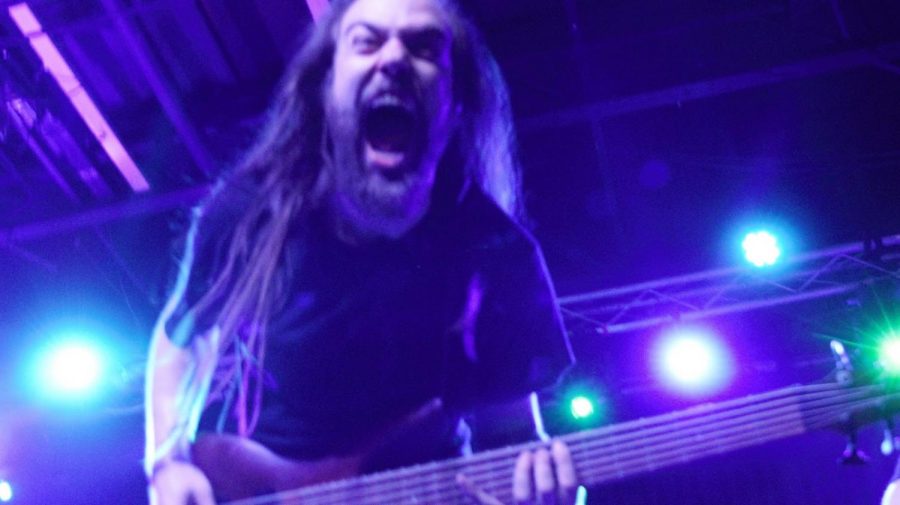 Many venues around Salt Lake City have shut their doors to try and stave off the coronavirus. Before this, however, I was able to attend one last metal show. Unleash the Archers, Visions of Atlantis and Dragonforce came through Salt Lake City on the “Extreme Power Metal” tour. They performed an amazing show at Metro Music Hall to a sold out crowd. The energy was fantastic inside the packed venue and increased as the night grew on. Fans were screaming from the floor to the balcony while some cooled down outside.
Visions of Atlantis 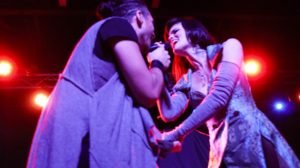 The performance of Visions of Atlantis was fantastic and almost magical! They gave a lighter start to the night, as everyone was warming up. The vocals have a melody that express a lighter side of metal. They are a band that I have been recently introduced to and fallen in love with. Their overall sound is so captivating that I am left wanting more of their dual power. Clémentine Delauney and Michele Guaitol lead the band in creating a great stage presence. They play off of each other as a great duet in many of their songs. The floor and balcony started to fill as Visions of Atlantis performed. The energy continued to rise.
Unleash the Archers 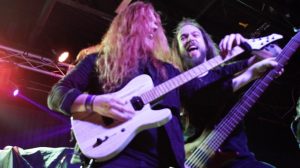 Unleash the Archers delivered a rocking heavy performance. All of the band members are great performers, playing well off one another throughout their set. It was amazing to feel the power of Unleash the Archers. I have followed this band for quite a while and it was awesome to hear a variety of older songs that took us back to their roots. They even played some new material from their upcoming album which is set to release this year in July. The show was wild with energy and beautiful music!
Inside the Venue
This was my first time at Metro and it was a great experience! There are two bars within the venue. The outside patio area provides a nice reprieve amid the chaos of the fans. This is also an area that you may see band members spending their time talking with fans after their set. The setting is so casual that it makes it inviting to talk to band members. 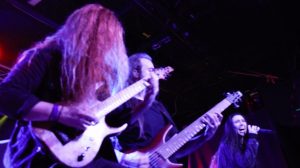 The energy levels inside the venue were through the roof. Fans screamed all night to keep the music going. Mosh pits came up throughout the show on the main floor. Even in the back, the concertgoers went wild for the music. This was a great last show before the virus forced us all inside. Metal fans definitely came together to have an all out fun night!