Over 19 years of Gorillaz. 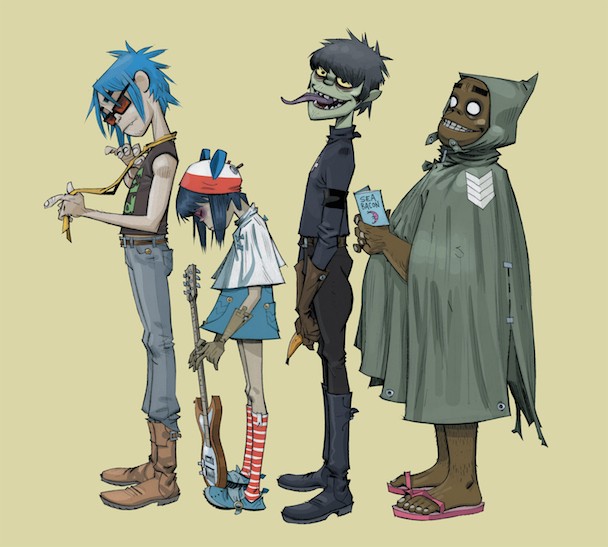 Creation of The Gorillaz

A lot of artists choose to hide their faces, but out of all of the bands to pick from the first one that jumps to mind is The Gorillaz. Established in 1998 by two members, Damon Albarn and Jamie Hewlett. Damon left his previous band Blur to become the lead vocalist for The Gorillaz. In addition to that Damon became in charge of all the music production. Jamie Hewlett was previously a cartoonist and comic book writer. Hewlett became the creator of their animated “alter egos”.  He is also known for his comic Tank Girl.

March 26th of this year marked 19 years since the release of their first album “Gorillaz”. It did not take long for The Gorillaz to take off as a band. They gained popularity for their music and short animated skits to go alongside them. Their music shifted from Blur’s Britpop style to cover a much broader spectrum. The Gorillaz took on their own unique mesh of electronic, alternative, pop and rap. This unique blend comes from the vast amounts ofcollaborations done by The Gorillaz. These collaborations help to bring a great variety to their style.  Besides music, the band also heavily influenced the future of music videos by creating their own. The Gorillaz music videos are stylized and unique, often being described as very post-modern. They’ve sold over 20 Million records globally and won several awards not only for their music but for being a fully animated band.

The animated version of the band has 4 members each with a ridiculous yet hilarious backstory that can be found here. The members are as follows: Murdoc Niccals a “Satanist hoodlum. Stu-Pot “2-D” a “mentally deficient keyboard enthusiast”. Russel Hobbs an African-American New York Native who was “expelled from an expensive private school for suffering from demonic possession”. And “Noodle” a “mysterious amnesiac 8-year-old” who was delivered to the band in a box from Japan by Fed-Ex after putting an ad out for a guitarist.

For those who’ve heard of the band, and those who haven’t, give them a listen, you won’t regret it.