The Hip Hop Drip is K-UTE Radio’s show for hip hop lovers, and as huge fans of Mac Miller, we were shocked and saddened to hear about his recent passing. The hip hop community lost yet another young legend, as the 26 year old Pittsburgh-native rapper/producer lost his battle with substance abuse and addiction.

This loss of life is yet another blow to the hip hop landscape after losing Lil Peep, Fredo Santana, XXXTENTACION, Jimmy Wopo, and countless others in the span of a year.

In the days after, it’s only right for us to celebrate Mac’s accomplishments and thank him for the impact that he had in each of our lives.
A true artist 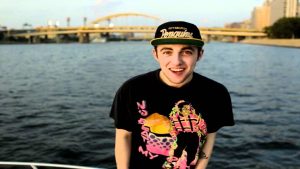 Mac Miller’s artistic abilities were noticed at an early age. Described as a “self-taught musician”, he was able to play the drums, guitar, bass, and piano. Playing these instruments started him down the road of making music and dropping mixtapes in high school. At fourteen years old, Mac released his first mixtape entitled But My Mackin’ Ain’t Easy under the name EZ Mac. After releasing numerous well-received projects, Mac signed with the independent Pittsburgh-based record label Rostrum Records. 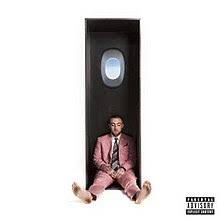 His clout skyrocketed from there as he often collaborated with other artists signed to Rostrum Records including fellow Pittsburg natives Wiz Khalifa and ID Labs. It wasn’t long after that he announced his first studio album Blue Slide Park, which debuted at number 1 on the Billboard 200 and was the first independently distributed album to take a number one spot on the Billboard albums chart since 1995.

Fans watched Mac’s art evolve and grow, as he began producing beats under the name Larry Fisherman and going on to release numerous critically-acclaimed projects including Macadelic, Faces, and GO:OD AM. Mac released his last album Swimming on August 3rd, 2018, one month before he would be found unresponsive in his Studio City flat in Los Angeles, California.
Tyki’s take on Mac Miller
I was relaxing with my girlfriend on a Friday afternoon when the news about Mac Miller broke out. This one hit hard because he’s one of the few artists that we generally agree about, so we loved playing his music together. For me, Mac has always had a genuine likability about him. He is among the few artists that can hit almost any vibe with his music, while still standing out as one of the prominent backpack artists of my generation.

In addition, I know many of us felt as if we grew up with Mac Miller. I look back on lighthearted memories of being in my best friend’s backyard throwing down back flips on a trampoline while blasting “The Spins”. Mac took us along a journey throughout his career. As we watched him from his earliest days as the corny kid on the lacrosse team who would say anything for the rhyme, to being the multi-talented and deep artist we knew him as today. Mac was loved for his juxtapositions of wildly differing themes like motivation and depression. It was no surprise that he stood out as an inspiring voice in a generation full of lost kids.

As of now any possible motives or theories pertaining to his death are purely speculation, and in my opinion, of no real value in Mac’s case anyways. However, it was abundantly evident in the events leading up to his death that his mental health was not a high enough priority. I loved Mac, and I think I speak for all of us when I say that I was really rooting for him. As his life appeared to crumble in a matter of months, he hit us with some of his most inspiring work, which is why I think his death came as such a shock to many fans.

While his fans and family were hopeful for Mac, it’s clear that nobody knew the whole story. Sadly, history’s most talented and moving artists often turn out to be very self-destructive. Unlike other young artists to pass before their time, Mac left us with a prolific body of work that his admirers will be able to cherish forever.

Kyle’s take on Mac Miller
When I heard about Mac’s passing, I was at work just scrolling through /r/hiphopheads on Reddit during some downtime. I refreshed the page and at the top was a TMZ article saying that he was dead at age 26. Immediately after googling it, I found many more articles saying the same thing. It felt like someone kicked me right in the gut. I couldn’t believe this had actually happened. 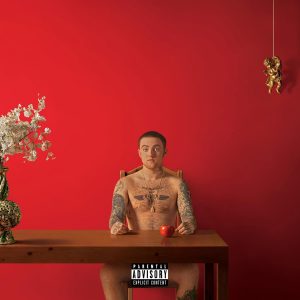 Something about Mac’s passing feels different to me. The first song I ever heard from him was  “Nikes On My Feet” from his mixtape KIDS. I heard this song back in 2011 during my freshman year of high school. The song was dope and I proceeded to check out more of his music. I enjoyed the fresh sound that he brought to hip hop. It was so fun and playful and it kept me listening for a while.

I eventually drifted away from his music later on in high school because I thought his music was for kids. Later on I realized that this was a stupid reason to not listen to someone’s music.

When I picked his music back up again, it was right around the time that he released his sophomore album Watching Movies with the Sound Off. This album has a lot of sentimental value to me because I listened to it during a tough time. The song “REMember” has a very special place in my heart and I’ll always love it. It isn’t easy to cope with traumatic things in life, but this song helped me and I’ll always be grateful.

Mac was a very versatile artist and had something for every type of hip hop fan. He had bangers, heartfelt love songs, emotional songs, and drugged-out anthems. This is why Mac was such a unique artist; everything he did stood out in its own way compared to the rest of his discography.  He showed so much artistic growth and it was a pleasure to witness.

It still doesn’t feel real that Mac Miller is actually gone. It feels like I lost a big brother, and I’ll always miss him. He will be sorely missed in the hip hop community and in the lives of his many dedicated fans.

Thank you for everything you did for us and hip hop as a whole, Mac. You will never be forgotten and your legacy will live on in the hearts of all who loved you. 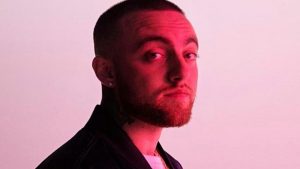 “The Best Day Ever”