‘Smile’: In an Ever-Changing Global Climate, Katy Perry With Her Latest Album Teaches Us All the Things to Be Grateful For 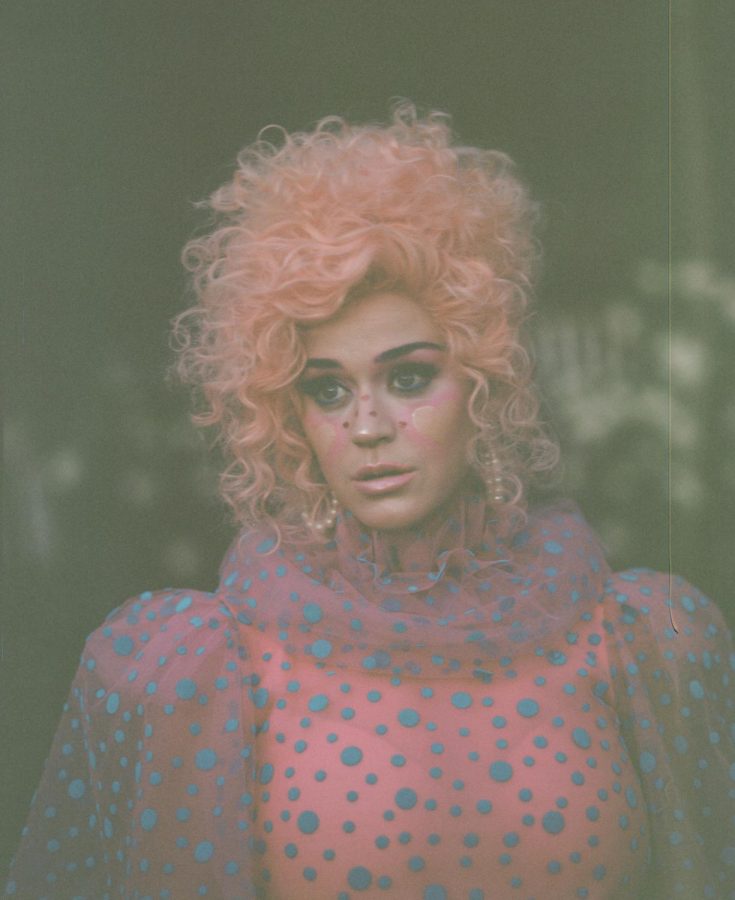 Students now entering their college careers probably remember Katy Perry as the “Teenage Dream” version of herself, an icon of her time represented by loud costumes, catchy ballads, and her signature vivacious energy. 10 years later and Katy is turning the tide with her latest album, ‘Smile’, paying tribute to her lively, pop-oriented past singles and coming to grips with a changing reality as she takes on married life and a new approach to the industry.

In her latest press release attracting attention from student publications across the U.S. , Katy delivers interview responses that rely on her greatest known traits – humility and humor. Katy’s bubbly charisma and forthrightness are a large part of her mainstream success, and getting to listen to her talk about what inspired the lyrics of some of her most poignant tracks on the album felt almost as intimate and attentive as a one-on-interview.

Sporting a simplistic blonde bob and a girly pink muumuu, Katy Perry’s latest interview look is a far cry from the over-the-top outfits, smoky eye shadow, and jet-black curls that have been an integral part of her image since the release of breakthrough album ‘One of the Boys’ in 2008. Despite the change, she appears to be more at peace, or at the very least in tune with herself.

As if to mirror those superficial changes, she very quickly launches into a discussion on the shifts in her life which inspired 2020 releases such as “Daisies”,  title track “Smile,” and “What Makes A Woman”.

Katy discusses, in view of the global pandemic and her own perceived shortcomings, how a recent catharsis helped her realize the trajectory of her music: “What doesn’t kill you makes you stronger but sometimes you have to walk through hell,” Katy says. “This record really speaks about my own experience of walking through that and coming out alive.”

Katy reminds us it’s “not always fun to acknowledge [shortcomings]… Even when I talk about that ego check in the song ‘Smile’ it’s like yeah, the universe served me.”

Content-wise, the sounds and rhythms of ‘Smile’ hearken back to Katy’s ‘Prism’ days. When asked what genres are most explored on the upcoming album, Katy responded with a sly:  “I have always had fun thinking outside the box.”

Katy Perry’s latest collection of music videos illustrate this sort of thinking. Always ahead of the curve, Katy conveys a different sort of message with her audiovisual storytelling ushering into this new chapter of her life.

I recently watched the video release for “Daisies (Can’t Cancel Pride)” and was amazed at all the differences between that and a song as free-spirited and rooted in our definition of pop as “I Kissed a Girl”.

While Katy’s fierce, fun-loving attitude was still present, her take on this particular song was different. In the music video, she interacts with yellow props over a yellow background, stuffs colorful candy into her mouth, and at one point, is seen using her California Gurls wig as a mop, perhaps to represent the things she had to give up along the way (fortune, glamour, notoriety) to truly come into herself.

She does not speak so adamantly in her lyrics about the liberation, sexual, and self-discovery of her twenties but instead takes on an entirely different subject: maintaining a positive mindset even as the pressures remain high and responsibilities mount.

I stand by those changes which Katy has adopted over the years. Her music was an essential part of my growing up and much like herself, that initial audience has transformed with her music, finishing up their degrees and beginning to launch their careers of their own. Katy Perry, with her evolution of sound and stage persona, has set a precedent for other artists to follow. And I can’t wait to see what’s next.