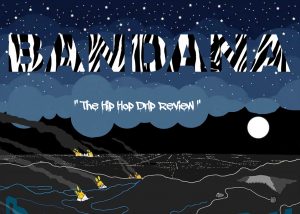 Aside from the music, the album itself has natural flow from song to song, something that Madlib has always done beautifully in the past. He is a true genius when it comes to lining up a playlist as he often uses the juxtaposition of playful samples in transition to give his work the unique sound that has cemented him in hip hop history. 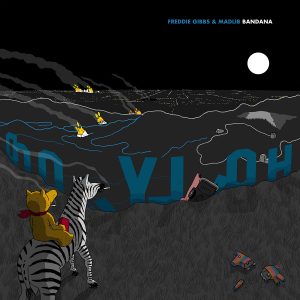 “A definite recommend for connoisseurs of hip hop”
After a few listens through Bandana there were admittedly a few songs that didn’t do it for me. Although, they were offset by some personal standout tracks. These tracks stood out to me because of the depth of their lyrics, like in the song “Practice”, where Gibbs laments on the guilt he feels toward the mother of his child. Another good example is his masterful flow on full display in the second verse of the song “Situations”.

I also really enjoyed Madlib’s use of the “minute-in beat switch” on this project. This is a formula that has worked out for Gibbs and Madlib in the past and they succeed in making it work again on a number of tracks throughout Bandana. Madlib’s production on the album in general is truly special. Songs like “Soul Right” and “Cataracts” leave you feeling high on life, and with a coveted Yassin Bey and Black Thought feature over a DOOM-style dark low piano sample, this album has numerous ‘playlist-worthy’ tracks.

Bandana is a definite recommend for connoisseurs of hip hop, or if for any reason at all for the stories that Gibbs has to tell. Freddie delivers a raw street sermon with themes of past relationships, questionable love from the world, resilience, growth, and thankfulness that make this a classic Gangsta Gibbs project.

“Bandana is what it is”
I’ve talked a lot about how this album compares in a good way to previous projects, but now I want to take a look back at some of the noticeable weaknesses. My first concern was the apparent lack of featured artists. It’s not that Freddie Gibbs can’t hold down a whole project on his own, but to say that I wasn’t a little disappointed with the lack of featuring artists would be a lie. In particular, we are missing a cypher track on this project like there was on Piñata, and that was a bit of a let down.

Although I would consider this to be a very strong album cover to cover, there is a noticeable difference in the strength of the last half of the album versus the first 7 or 8 songs. If you are new to Gibbs and Madlib’s work together, then the last half of the album would be a good place to start, where some of Madlib’s less savory and more experimental tracks will not turn you away to begin with.

Bandana is what it is. The project is not chocked full of club bangers or tracks that are particularly suited for hitting the gym. Whether you consider that a weakness or not is not is obviously a matter of personal opinion. Regardless, Bandana is definitely worth a listen in my book and another entry into Gibbs’ impressive portfolio of projects.
“For fans, Bandana is an instant classic”
Freddie Gibbs has an incredibly impressive discography on his own that is 100% worth digging into, but working with Madlib on Piñata in 2015 ushered in a new era for Gibbs’ career and as an artist. Working with an OG like Madlib has seemingly allowed for him to let his potential as an artist run wild, having dropped numerous classic albums since then including Shadow of a Doubt, You Only Live 2wice, and Freddie. With that said, for fans Bandana is an instant classic that represents a continuation of the artistic journey and progression Gibbs is only in the midst of.
Hip Hop Drip Highlighted Tracks
“Soul Right”

“Practice”
Full length review
In addition to this written review, the Hip Hop Drip also recorded a full length podcast review. Click this link to listen to that! 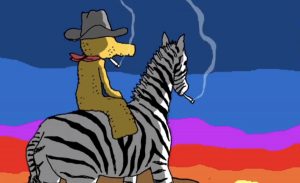