YBN Cordae demonstrates a knack for lyricism on his debut studio album, The Lost Boy. Supported by three singles, “Have Mercy”, “Bad Idea”, and “RNP”, The Lost Boy dropped on July 26th, 2019.

Recently named to the XXL Freshman Class of 2019, Cordae Amari Dunston, AKA YBN Cordae, should be considered its valedictorian. YBN Cordae began his rap career as a teenager under the name Entendre. Under this alias, Cordae released three mixtapes, including Anxiety (2014), I’m So Anxious (2016), and I’m So Anonymous (2017). Although, it was on his 2018 single, “Old N*ggas”, a response to J. Cole’s “1985”, where Cordae gained more notoriety for his skillset. On “1985”, Cole lambasts new age rappers for their careless spending and drug use. Cordae matched Cole’s lyricism and delivery with poise, while returning shade at the older generation of rappers. Cordae and J. Cole-much like Cole and Lil Pump-have squashed any potential beef over the diss tracks, as Cole is listed as the producer on “RNP”, a standout single from The Lost Boy. 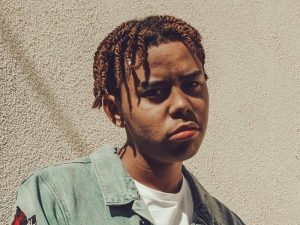 Cordae’s delivery on The Lost Boy is full of bravado beyond his years. His lyrics shift from braggadocios to introspective. The whole album is a look into the old soul that is YBN Cordae. If you’re looking for bangers, tracks like “Have Mercy”, “RNP”, “Broke As Fuck”, and “Lost & Found” will satisfy you. If you’re looking for more personal tracks, then there’s “Bad Idea”, “Thanksgiving”, “Thousand Words”, and “Been Around”. Nearly every song could be considered a stand-out track.

Supported by the vocal talent of Ty Dolla $ign, Cordae delivers an endearing perspective of his attempts to stay humble in the face of success on “Way Back Home”. Lyrics like, “You can be who you wanna be but, I’d rather be myself for real”, show Cordae’s mature and self-assured outlook on life that extends beyond his 21 years of age.

“RNP”, featuring Anderson .Paak, is a natural frontrunner for this album, and a major summer vibe. The track is self-assured, it oozes confidence. The duo delivered a legendary performance of the single on The Tonight Show with Jimmy Fallon on July 24th, two days before the album dropped. Going back-to-back and flow-for-flow, the pair’s chemistry and talent was on full display and they certainly delivered. 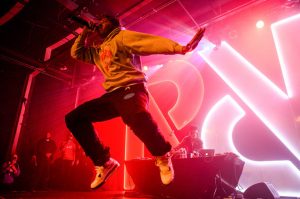 Bolstering his position as a frontrunner amongst the rookies, the features on this album exemplify Cordae’s already apparent reach and respect for his peers in the game. Besides the aforementioned features, these include Chance the Rapper, Arin Ray, Pusha T, and Meek Mill. Chance the Rapper appears in the video for the single “Bad Idea”.

Cordae is a 21-year-old firecracker; it’s only a matter of time before he blows up. With a major studio album now released, YBN Cordae should not be overlooked in any conversation considering the best of the up-and-comers right now. 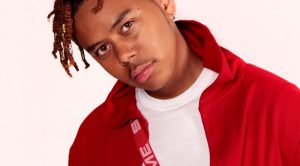