The MVP Is Russell Wilson’s to Lose 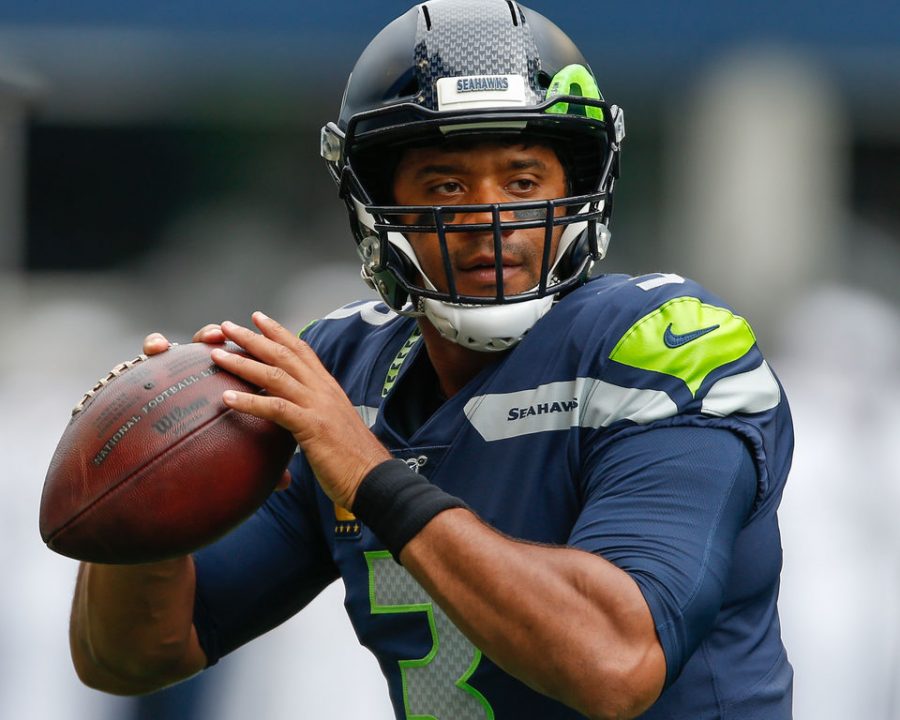 The NFL’s most valuable player (MVP) award is the league’s most coveted achievement. Over the past few years, we have seen some of the NFL’s best quarterbacks take home the award in Tom Brady, Patrick Mahomes and Lamar Jackson.

One of the league’s best quarterbacks is not part of this MVP club, in fact, he has never even received an MVP vote. His name is Russell Wilson and all of that is about to change.

Wilson is the quarterback of the Seattle Seahawks and has been arguably the best quarterback in the NFL over the past few seasons. Wilson has never had a losing record and has only missed the playoffs once since being drafted in 2012. He won the starting job right away and would go on to win a Super Bowl with the team in 2014. Wilson was not the main catalyst behind this championship and giving him the reigns to the offense is something the Seahawks have not been willing to do.

At the start of his career, Wilson was part of a run-first offense. When your head coach is a former defensive coordinator you tend to have a conservative offense. Wilson was a fourth-round pick and did not have the full trust of his teammates and coaches when he became the starter. The offense was led by all pro running back Marshawn Lynch and Seattle’s defense, the appropriately named, “Legion of Boom”, was the best in the league at the time. Back then Wilson was only asked to be little more of a game manager, but it’s not 2014 anymore and the defense isn’t what it used to be.

Having Bobby Wagner and Jamal Adams is awesome, but they cannot mask the team’s lack of a pass rush and coverage issues. The defense has been giving up 27 points per game and that number will not be going down anytime soon. On offense, Chris Carson is a very good running back but nowhere near the caliber of Lynch and the less said about the Seattle offensive line the better. This team needs Wilson to carry them and now that he has the best skill position talent, he’s ever played with he’s well equipped to do so.

The receiver tandem of Tyler Lockett and DK Metcalf is the best Wilson has ever had. Lockett and Wilson have a great connection that has been building ever since he joined the team in 2015. Lockett always seems to get open at just the right time and is an excellent deep threat for Wilson. Lockett’s deep ball ability is often overshadowed however by Metcalf who is one of the best up and coming receivers in the NFL. His combination of size, speed, strength, and athleticism gives Wilson a massive target in the passing game. Through five games he has 496 yards and five touchdowns, an impressive feat for a player only beginning his second season.

Wilson’s most underrated weapon may be the newly acquired Tight End Greg Olson. Coming off a long tenure in Carolina, Olson is not the player he used to be, but he is quickly becoming a safety valve for Wilson. On key 3rd and 4th downs, Wilson often turns to the sure handed tight end who may have lost his athleticism but not his exceptional route running.

There is one factor bigger than all the others when talking about an NFL MVP and that is the narrative. There is a reason a guy like Tom Brady only has 3 MVP awards despite dominating for the past two decades. It is because the media gets bored with sustained excellence and are quick to jump on the hot new thing. Russ is not a hot new thing, but he hasn’t been in the discussion the last few years and he is on a pace for career highs in every major statistical category. The other main factor when discussing a good narrative is a juicy storyline.

The storyline is the biggest reason the award will be Wilson’s. As mentioned earlier, he has never even gotten a vote for MVP and the whole world knows it. Since he has been one of the best quarterbacks for the last few years, people want to right this wrong and this is another huge reason his name is at the top of early season MVP lists.

But what is a great narrative if no one is watching?  The answer is not much. Fortunately for Russell, his team plays in four prime time games this season. He has already played in two of them and they were both wins because of his late game heroics. In the first game he threw for 5 touchdowns against the New England Patriots in a big Sunday night football win. The second was also a Sunday night game where he led a late comeback vs. the Minnesota Vikings in which he drove his team 94 yards, executing a perfect two-minute drill to close out the game. Excluding the prime-time games, Wilson also has seven remaining late Sunday afternoon games where he will be one of only three to four games on television at that time.

So yes, all eyes will be on Wilson but there is another factor in discussing why everyone is clamoring for him to win the MVP. It is because he is one of the most genuine and likable guys in the league. Wilson was one of the first to defy the odds of smaller quarterbacks making it in the NFL and everyone loves a good underdog story.  He is also a dorky father of two and is married to a pop star, so he is a celebrity on top of an NFL star.

The Seahawks are finally letting Russ cook and because of that everyone involved will reap the benefits.