The Possibilities of Music 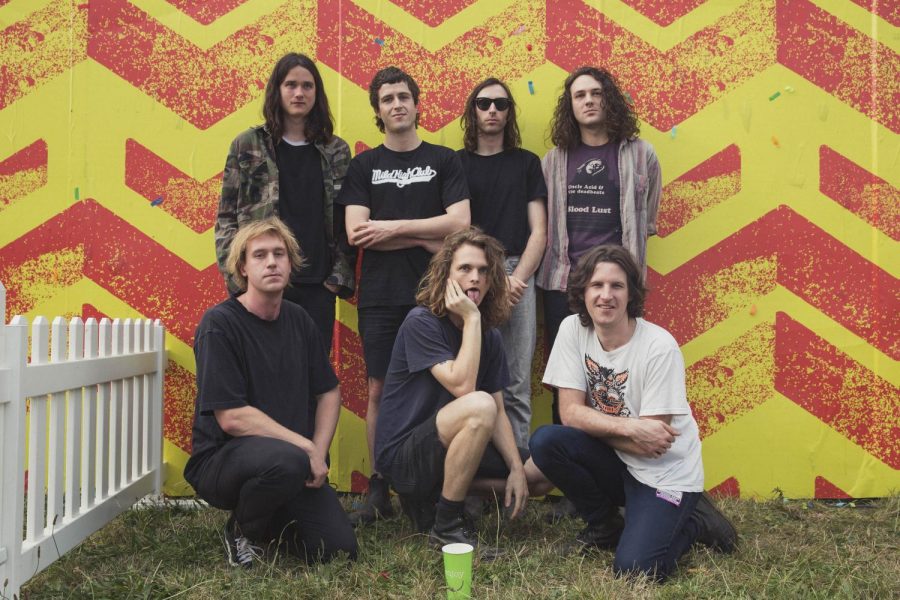 Some bands simply love playing music and don’t care about anything else. King Gizzard and the Lizard Wizard is one of those bands. These Aussies are straight-up music-holics. Since their formation in 2010, they have released 11 full-length studio albums that span a variety of genres. Their music is described as psychedelic or progressive rock but is influenced by folk, jazz, and heavy-metal to name a few. Songs incorporate themes and ideas from these extremely different styles pushing the boundaries of music. 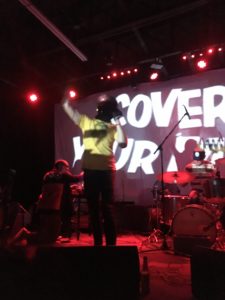 I saw them at Metro Music Hall accompanied by Ice Balloons and Tropical Fuck Storm. Ice Balloons did not impress me. They sounded muffled and messy. However, they did leave a lasting impression for one particular reason, their lead singer wore a fly’s head mask. Uniqueness aside, I was not a fan of their music.  Tropical Fuck Storm was less memorable but seemed more put together as a band.

King Gizzard and the Lizard Wizard consists of a herd of members and more instruments than I could count. Their distinct sound is attributed to multiple guitars, synthesizers, harmonicas, a flute, driving bass lines, and two dueling drums. Drummers Eric Moore and Michael Cavanaugh are smack-dab in the middle of the stage battling the entire night. They are the heart and soul of the band whose songs constantly change tempo. 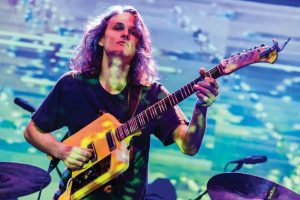 Mixing music genres is not the only way King Gizzard revolutionizes music. For their album, Flying Microtonal Banana, guitarist Stu Mackenzie, Cook Craig, and Joey Walker “modded” guitars adding additional frets.This allowed them to access microtones, semitones, and additional notes impossible on a traditional western guitar. Lead singer Mackenzie had the idea after messing around on a Turkish stringed instrument called a baglama. The result is an easter sounding electric guitar. Creating their own instruments adds to their odd unique sound.

The Melbourne musicians put everything into their performance. They are incredibly energetic and the crowd matches their energy. In all my years going to concerts, I have never seen a wilder crowd. My shoes were completely destroyed in the madness. During the slower parts of songs, concertgoers sway and headbang. When the music gets faster and heavier, mosh pits form in the blink of an eye. The crowd is tightly packed, but the proximity doesn’t stop people from dancing. 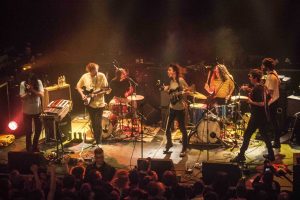 King Gizzard’s albums have related songs that blend together and are often broken into multiple parts. Their setlist is programmed in the same manner. They play multiple songs in order or slightly jumbled so that they playing music for 20 or 30 minutes with no breaks. The reoccurrence of melodies and specific lyrics makes you question whether you are still listening to the same song as half an hour ago. 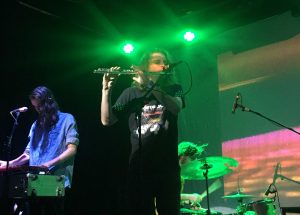 By the time Mackenzie announces their last song, the audience and musicians are beat. They summon enough energy to play a 15-minute version of “Am I In Heaven?”. The crowd cheers for 10 minutes but they don’t get an encore today. After almost 2 hours of constant music, there is nothing left in the tank.

Music truly is limitless. There are innumerable possibilities to be explored and as a society, we have only scratched the surface. King Gizzard and the Lizard Wizard is a band that is pushing the limits of traditional music both in the studio and on the stage.