After the release of the highly-anticipated Chixtape 5 in November, Tory Lanez is back with a fresh new project. The New Toronto 3 is the latest installment in the famed series that began in 2015 and continued in 2017. The new project features 16 tracks and features from Mansa and Lil TJay. Singles that were released before the album came out include “W”, “Broke In a Minute”, “Who Needs Love”, and “Do The Most”.
Album rollout
The project had an interesting rollout, especially considering the Coronavirus (COVID-19) situation. He hasn’t really done much marketing in terms of ads, merch bundles, etc. He went a different route altogether, one that we haven’t really seen before. 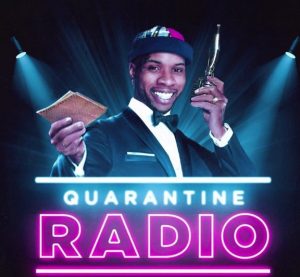 In the midst of the quarantine, Lanez has been conducting his own “Quarantine Radio” show on Instagram. These sessions include him going live and playing music, talking with fans, and having fans dance on air. Tory has made waves with this content, famously being suspended by Instagram even after their CEO claimed that he was a fan. In one edition of the show, Lanez got Drake to guest star and broke the Instagram Live viewer record of nearly 240,000. He’s allowed to resume the show as long as he follows the platform’s community guidelines.
Musical content
With this new project release, Lanez is now a free agent. This was his last obligation with Interscope Records and he’s now free to drop music on his own whim. Tory seems to be very happy about leaving the label behind as seen in this tweet:

Fans are hoping that this freedom will prompt Fargo to bring back the fan-favorite “Fargo Fridays” series in which he drops new songs and music videos.

As stated by Tory in the past, The New Toronto series is where he shows off his rapping abilities. This is very evident on this project because of the intro track “Pricey & Spicy” as well as many others. We also get Lanez’ more melodic sound here and there, to the delight of many. This is a project that will surely be in heavy rotation for me and many others as Tory Lanez seems to be heading back to his roots.
What’s next?
Even though it’s only been out a few days, The New Toronto 3 can be viewed as a big success. Lanez capitalized very well off Quarantine Radio in addition to releasing some dope new jams. He keeps proving his versatility and makes sure his music doesn’t get boring to the masses. Now that he’s a free agent, we can look forward to Lanez dropping many new tracks and maybe even another project as soon as this year. 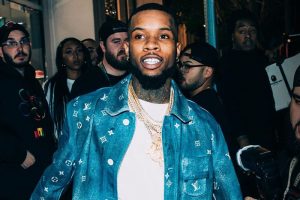