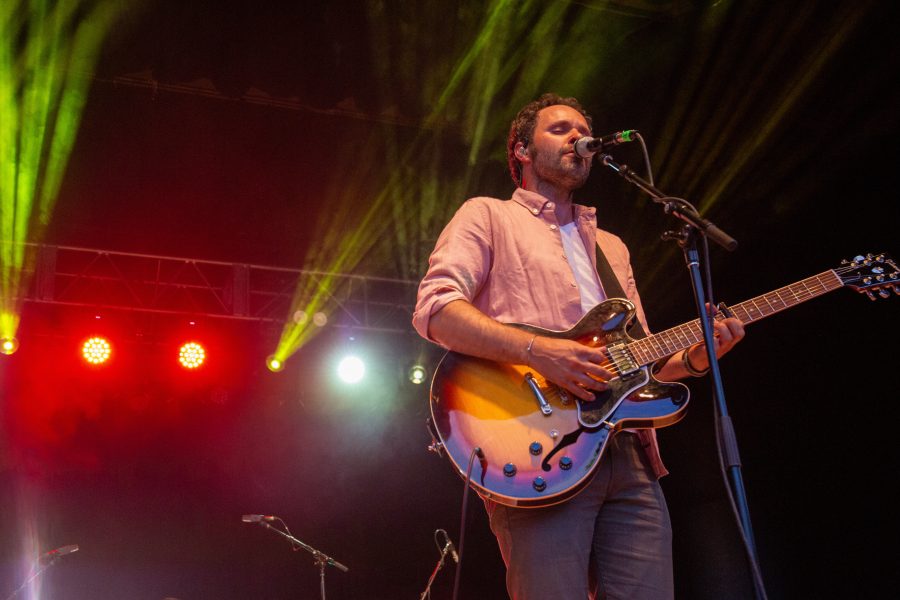 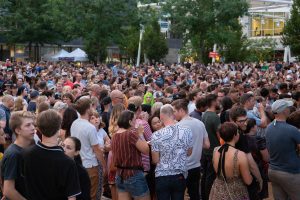 There’s something to be said for a single event having the ability to bring people of various ages, backgrounds, and lifestyles together. Concerts are a prime example of this phenomenon, sparking solidarity over the love and appreciation of a specific artist and their music. 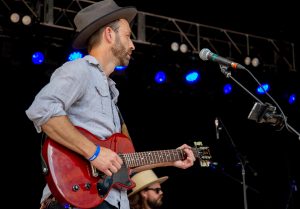 throughout the night as each band played their set to an ever-growing crowd. Families sat together in the grass, dancing and swaying to the beat. Young adults casually bobbed their heads, careful not to spill their local brews and food truck bites. Just right of the stage, trash pong was a hit with old and young alike. The surrounding office building windows sparkled in the setting sun as it fell between the downtown skyscrapers, and the Walker Center Tower was lit just as Blind Pilot appeared on stage.
From concert to community
The cheers from the crowd were soon drowned out as Blind Pilot began their first song. Each instrument flowed together in perfect 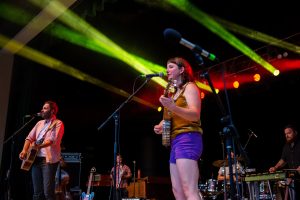 harmony: Israel Nebeker on guitar and vocals, Ryan Dobrowski on drums, Luke Ydstie on drums, Dave Jorgensen on trumpet, Kati Claborn on guitar, and Ian Krist on percussion. As the band played on and the night drew to a close, the mass of concert attendees became a community. When the show ended around 11pm, we all streamed out back into the streets of downtown Salt Lake. Everyone a little more united with the people walking next to them, connected by the joint experience of that one night. 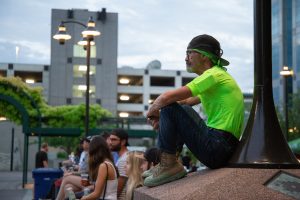 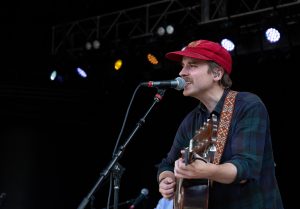 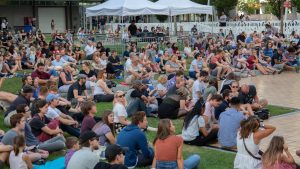