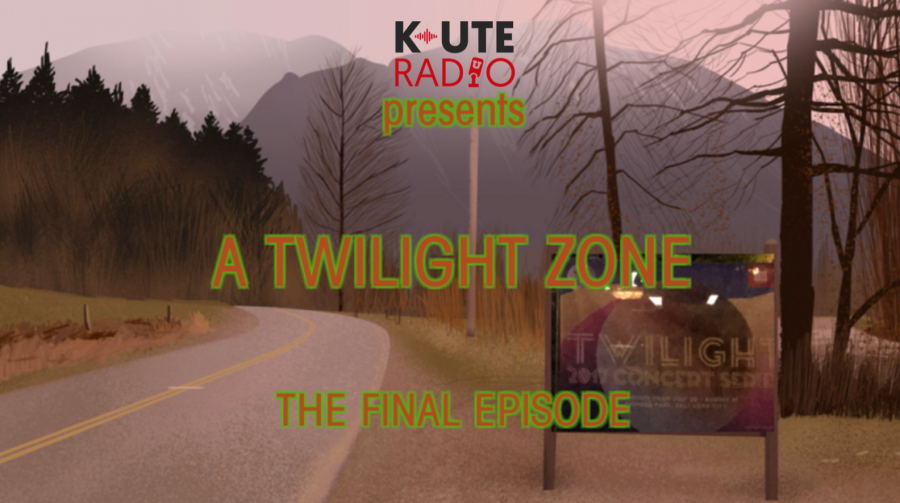 A Twilight Zone, the chronicling of Salt Lake City denizens looking for music, adventure, & life at the Twilight Concert Series…
Nick
The final show in the 30th Annual Twilight Concert Series. With news that there is no funding in the city art councils budget for Twilight next year, this may very well be the last Twilight Concert ever. Take my breath away and find it in the palm of your hand. DJ Scratchmo was the first act of the night. He played “Footsteps in the Dark” by The Isley Brothers, and then he played “It Was a Good Day” by Ice Cube, which samples “Footsteps in the Dark.” 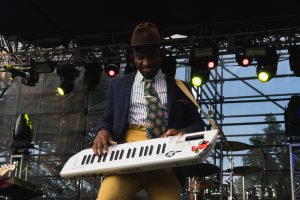 I like it when DJs play songs that I recognize and vibe to. It serves two purposes: it makes me feel like I have good taste in music because the DJ’splaying songs I listen to. It also functions as a catalyst for making me like that particular DJ even more.

The next set was by Joshy Soul & the Cool. At this point, there was news that Charles Bradley had canceled. Despite the bad news, however, Joshy Soul put on quite the groovy set. Their original takes on popular songs made this Jazzy cover band very entertaining to listen to. I would either hear a melody or lyrics to 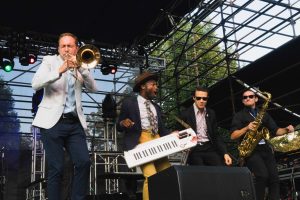 a song I recognized and that would catch my attention.The fact that they opened with a swing band cover of “Flashing Lights” by Kanye West. By the end of their set, they had proved themselves to be one of if not the best local band featured at Twilight this year. Though they were not playing original songs, their original takes and overall connection and synchronization as a band made them very successful when it came to entertaining the crowd. 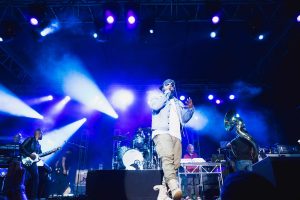 The Roots played next, one by one the band showcased all it was capable of. A breathtaking bass solo by Mark Kelley. Jeremy Ellis played a beat box solo that knocked my socks off. My socks were completely off for the remainder of the show. Black Thought spat some killer bars and Tuba Goulding Jr. did the tuba justice. Questlove, behind the drums, was wearing a dope shirt with a Pac-Man ghost and  doughnuts on it. 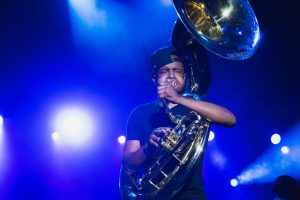 After they did a cover of “Sweet Child O’ Mine” by Guns & Roses, the guitarist Captain Kirk Douglas turned out a solo that really made the crowd go wild.  This band is the epitome of soul. They really got the crowd moving, one man did two back flips. Looking back, I looked back at myself, while I was doing this I caught a glimpse of my left eye out of the corner of my right one. I saw what looked like me, looking sideways at myself. I was there looking at me and we decided to look away and gaze over at yours truly, I am still stuck like this now. The Roots took us back to before we were born. The Roots really brought us down to earth, and then into it. The show they put on was a truly wonderful experience. 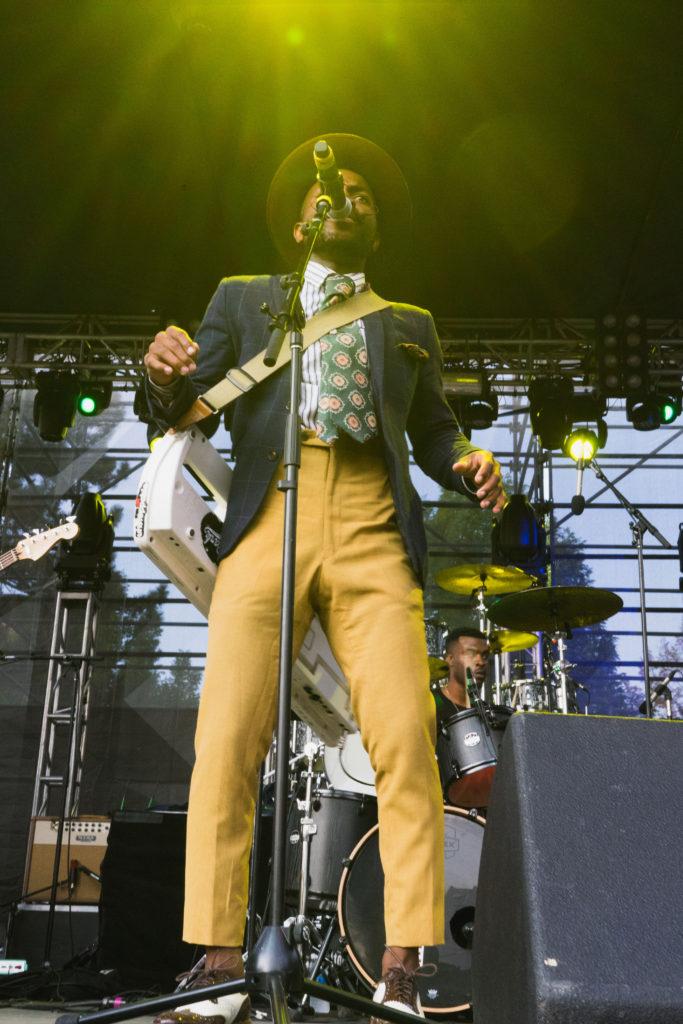 Finality is a strange event. An ending. Absolution. Maybe we’ve all learned something by the end of the perhaps final Twilight Concert Series and what would that have been? That the sun hates music and has some really nasty intentions when harping on concert goers? Questions will be deferred for another time while I reflect on how this, the final show brought to a culmination a seven week’s journey. From Little Dragon to The Roots, the experience has been solitary, inclusive, stressful, wonderful, and awakening all in seven weeks’ time.

The beginning of the night started per usual, albeit much less crowded and anxious for the opening band to begin. DJ Scratchmo held the crowd over a solid block of time, remixing classic hip-hop tracks and making the atmosphere come alive. The amount of people differed from previous shows, but perhaps that was only because one of the acts was not able to make it, leaving open a space 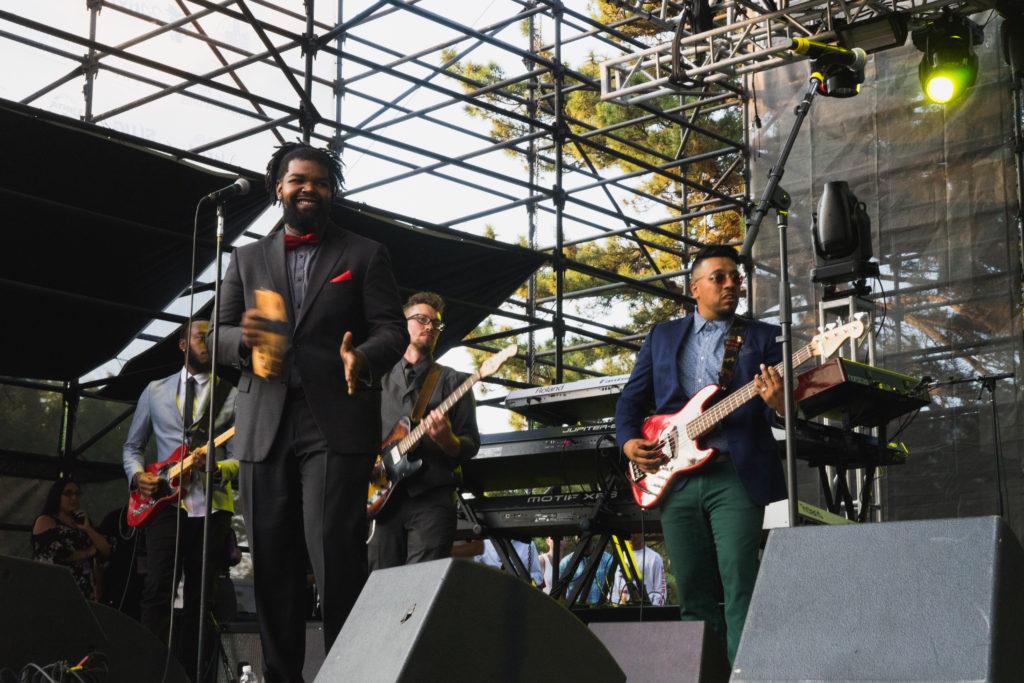 Filled it was with the inclusion of Joshy Soul & the Cool. Local heroes of the funk scene in Salt Lake City, the band absolutely deserved the spotlight of opening for the main act. I’ve seen a few of the members playing in different projects throughout the city and the way the excellence of each musician added to the whole, with the main objective of fun. The crowd went wild for the fast songs and listened with intent to the slower ones. Joshy Soul himself is an immaculate performer, dedicated to giving the crowd an all-encompassing good time. After some fine solos from the saxophone player, the guitarist, and the drummer, Josh Soul & the Cool ended their set with nothing but good vibes. 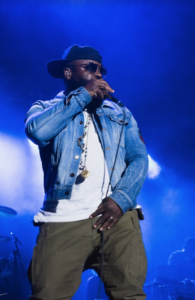 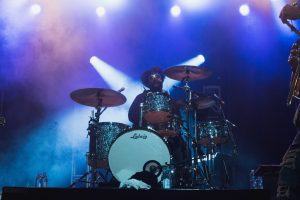 I found myself holding a few too many bags of free chips (they were free) when The Roots were announced by the roar of the crowd. Pioneer Park was once again packed. Filled to the fences of fans and fun. With almost all space being accounted for, The Roots started playing, introducing themselves, going full on F U N K to the max. Someone led me through the throng of persons to the front of the stage, closer than I’d been at the others. With so much arbitrary shoving, I was forced to fling the chips into the crowd along with beachballs and hats and other items lacking enough importance to keep held. The Roots played magnificently as expected. Highlights include a solo by sampler Stro Elliot moving his fingers with rapid and deft precision across his board. There was never a lack of intense joy throughout the entire set.

And like that Twilight was over. It was a fine night. I became lost once again in a place familiar and strange. Some gossip suggests this would be the last Twilight Concert Series. I suppose its a possibility. But uncertainty can also be a very beautiful thing. Farewell and good night. 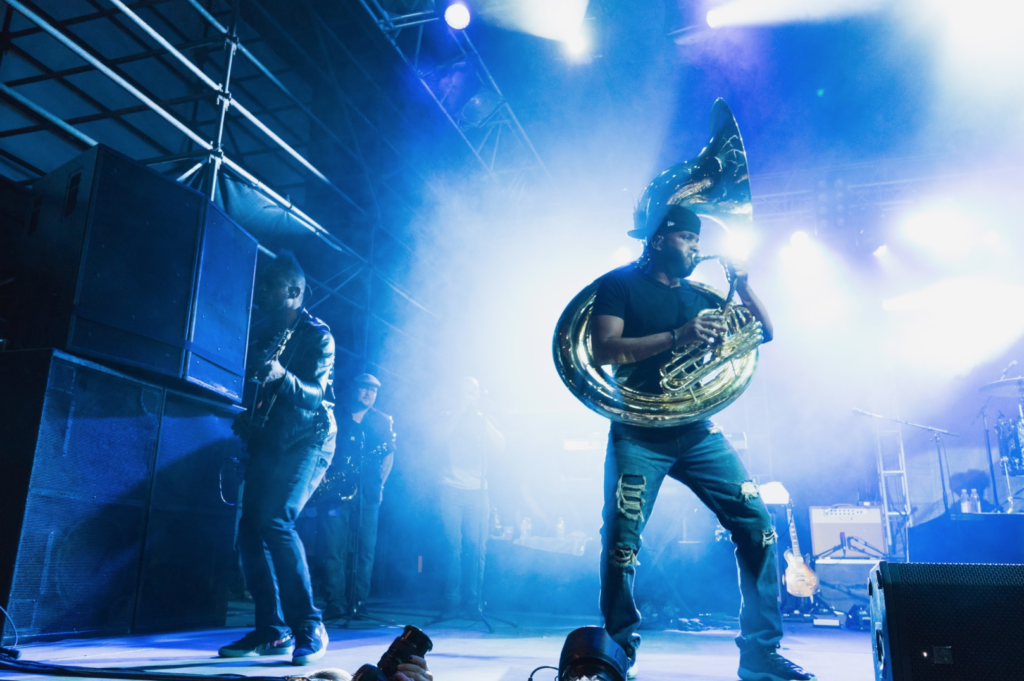