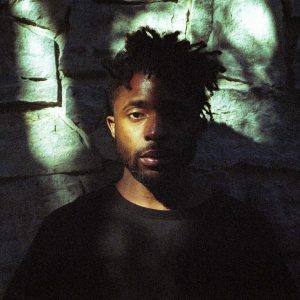 More so, one of the most important artists of our time.

Operating under the realm of the Batman trope, Cary Fagan doesn’t say too much. His presence however, provides a deep sense of emancipation.

His Twitter is a database of existential thought. His Instagram, a database of studio experiments and unprecedented endeavors in artistic revelation.
He is the walking personification of the jazz saxophone solo. An ambiguous serene enigma of purity that creates fluid optical trance.
Cary, ahead of two huge landmarks in his career, gifted me the opportunity to have a conversation with him. He was rounding up his third solo show in Nizhni Tagil, Russia and preparing for another, his homecoming, in his native Arizona.

We talked about a lot. From Pho to Jazz to Tickets to Outer Space.

This conversation is part of the Phone Calls Ambiguous Series via STAMM Radio. The experience has been designed around the interviewee existing with the reader/listener, excluding the presence of the interviewer.
Table of Contents
1. Russia: Now and Beyond
2. Arizona Homecoming
3. Chairs, a Fanstasy
4. Fear & Intuition
5. A C.F Voice Memo Album?
6. Polaroid Politics
7. Failure & Wall of Mistakes
8. Ticket to Outer Space
9. The Sacred Spiritual Soup…Pho
10. Tokyo

Russia: Now and Beyond

When I caught up with Cary, he was rounding up his third solo show in Nizhni Tagil, Russia. I asked about the circumstances surrounding how they came to be and his future endeavors regarding the space. He talks being deemed “Co-Curator” of the space, and the prospects of sponsoring American artists in the future.

“The moment almost feels as if LeBron left his home team, played for another team, and returned”

While concluding his solo show abroad, he was getting ready for another—this time in his native Phoenix, Arizona. Cary hadn’t been to Arizona, in nearly over 20 years since his departure. He describes the feeling of finally returning—a long overdue homecoming.

Cary grants insight into his long-lived fascination with chairs.

On Fear and Intuition

Cary’s take on Fear and Intuition. The roles they play and have played.

Very very very exciting news… I mean.. have you heard Cary talk? You are absolutely going to love this.

The Analog Connoisseur talks to us about Polaroids; his adventures with them and their place in society.

Failure and “The Wall of Mistakes”

Cary’ take on “Failure” and an installation he’s currently working on that embraces the concept.

I was telling Cary the story about Fela’s encounter with Sun Ra, back in ’74 during FESTAC.

Little did I know Cary had his own encounter with the Arkestra.

Hearing Cary Fagan talking about Pho has to be on the long list of most satisfying things to listen to.