Brunch With U: Cultural Collides For The Holidays 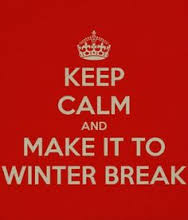 Campus News:
More info on the upcoming bowl game.  Ideas for the break from school.  Highlights from the Chronicle.
Local news:
Violent crimes are on the up because more people are high on heroine.
National News:
More about how well Trump is doing despite his comments. Information on Bo, who deserted his unit to join the enemy in Afghanistan, then was released 5 years later in exchange for 5 top Taliban leaders,  one whose been confirmed as returning to fight against the U.S, and it’s allies.

“Have a great break, a Happy Christmas and a Merry New Year”