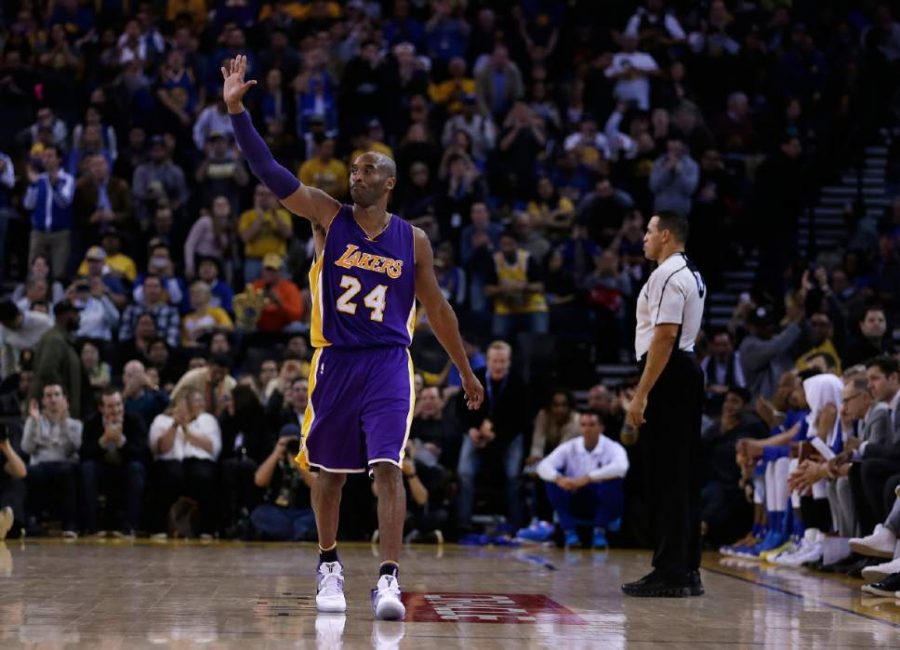 It’s hard to believe this is the end.

I remember sitting in my living room years ago. I had been allowed to stay up late that night to watch my beloved Dallas Mavericks take on the closest incarceration of Lucas’s Evil Empire, your Los Angeles Lakers. It was a game of tremendous import. Phil Jackson had a chance at making history, I can no longer remember why.

You torched us. Emphatically.

Frustrated, I found my prepubescent self tearing up. I got up with a huff, prepared to wallow in misery in my bed for the next hour. You were about to be responsible for my failure to fall asleep before midnight on a school night. As I walked toward the darkened house, the flicker of the TV on my back, my mom, sweet enough to stay up and console me throughout the ordeal, said, “Oh, that was nice of him.”

I turned and saw you had given the ball to Phil Jackson to commemorate his accomplishment. I was shocked. My brain struggled to comprehend what I had witnessed in this moment. Here you were, a player I had heard given many monikers (Kobe the Ball-Hog, Kobe the Team Killer) acting in a way that seemed contrary to those epithets. I turned to my mom with a response: “To bad he can’t do that with his teammates.”

Part of me now wishes you could have heard that, simply to see how you would have responded. Likely, the next game would have resulted in you posting double digit assists. That would’ve shown me. You simply did what needed to be done to, not only win, but silence your doubters and critics. Who else would respond to every critic with that determination of “Oh, yeah? Watch this,” than the player who would have a bench player stay after high school games to play one-on-one to 100, holding him to under double digits most of the time? Who else but the player who made two free throws on a torn Achilles, then tried to push it back into place because he wanted to finish the game on your terms? You fed on that. That was your fire. It has been a beautiful thing to witness.

I wish I had not come to this realization of who you are as late as I did. It took becoming a student of the game to recognize your greatness. I feel as though after 20 seasons you are still leaving too soon. I only had eight years to appreciate what you have done for a sport I and so many others love so much. I rooted for Boston in 2008. I wanted to see Pierce and Garnett and Allen get the ring that had so often eluded them. But you earned my respect after that series. I began to appreciate the player you were, the endless effort you spent fine-tuning your game, the drive with which you played. In 2011, when my Mavericks swept you and your Laker teammates on our way to the championship, chants of Beat LA raining down, I noticed you never stopped playing hard, never stopped treating the game with respect.

Growing up, I was always disappointed I did not get to witness the Michael Jordan era. I would devour every video and book I could get my hands on. Looking back now, I feel privileged to have witnessed the Kobe Bryant era.

I only have one thing left to say. Thank you. Thank you for the dunks. Thank you for the 81 points. Thank you for the five championships. Thank you for the game winning shots. Thank you for 20 seasons. I will be watching when the ball is thrown up on Wednesday, as will the rest of the sports world, from those fortunate enough to be at the Staples Center all the way to China. I hope you can go out a winner. You deserve it. But win or lose, I know you will do whatever needs to be done to help your team win. Because that is who you are. And when this game ends, as someone gives you the ball, I will join in on whatever moniker the fans choose to chant (“Thank You Kobe,” “MVP”). My post-pubescent self will tear up, wishing for one more year where you could torch us. Emphatically.

It is hard to believe this is the end.

YOU CAN LISTEN TO THE SPORTS SALOON MONDAY, WEDNESDAY AND FRIDAY FROM 9-11 A.M.