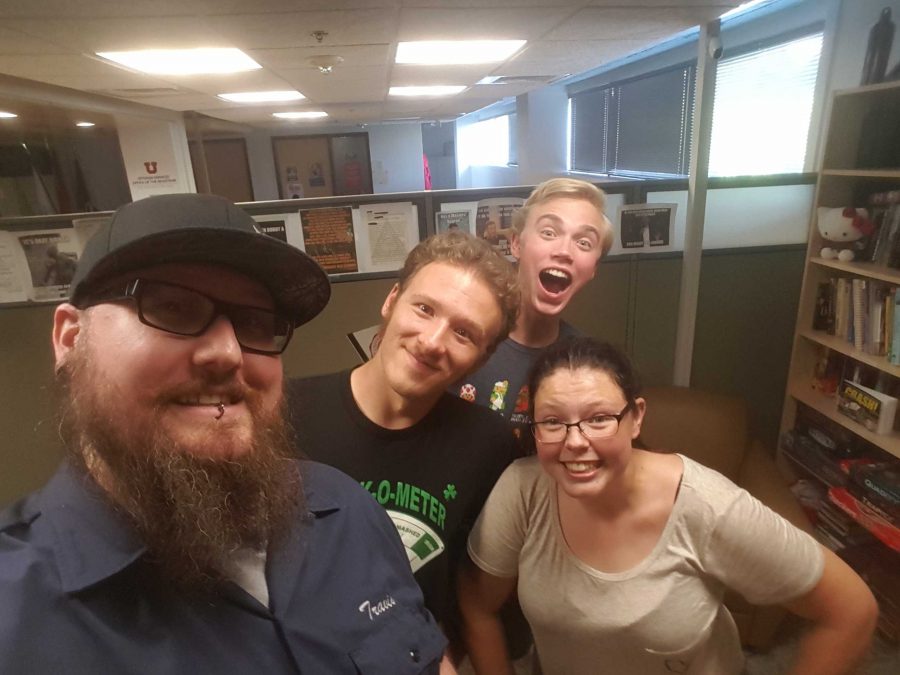 Hope your your 4th of July was full of patriotism and geekness. We here at The Geekwave recommend role-playing the signing of The Declaration of Independence to fulfill those geeky patriotic urges. All fireworks aside we got an explosive episode for you.

This week on The Geekwave we have Travis from Demolition Games. Demolition games is a local game store at 85 W 3300 S, Salt Lake City, UT 84115. They sell a variety of board games, card games and minis, but have a specialty in Warmachine. Warmachine is a table top miniatures game published by Privateer Press and this last week a new addition of rules was released, MKIII. To say the least the Warmachine community is psyched out of their minds. In fact, our very own Ollie has decided to return to his roots. As some of you may or may not know Will Shick who is now the brand manager of Privateer Press, was one of Ollie’s teachers in grade school and helped to grow Ollie’s interest in games. This included teaching Ollie Warmachine which Ollie came to play quite a lot of up until high school. Ollie now plans to dive in head first and partake in a Warmachine Journeyman League down at Demolition Games so stop by and say hi! The Geekwave also plans to be partnering with Demolition Games to put on events and hopefully do some episode from the store. Make sure to stay tuned so you don’t miss out, because of course their will be free stuff.

For those of you who are not familiar with Warmachine this episode may be confusing at times but has a lot of great advice for how to get started. Travis is quite the Warmachine scholar having played it for many years. Warmachine, now being in its third iteration, has had a lot of changes made so to kick it off we banter and discuss all the new and exciting game design decisions. The rules are much easier to learn but the game has never been more skillful and fun. It is a great time to jump in! How do you jump in? How do you get started? Well, Travis has the answer. Buying a Battle Box is the best option and it won’t kill your wallet unlike other table top games. Then you just gotta find a game store, like Demolition Games, and start playing. You will be amazed at how friendly and helpful the staff and veteran players are to us newbies. Besides, game stores need to offer a safe space for players to have fun and express their inner geek. There is no better place for your third home than Demolition Games.

Thank you so much Travis for coming on the episode. You where an absolute blast to talk to. Listeners make sure to stop by Demolition Games and give them a like while your at it: Demolition Games Facebook Page. Most importantly…geekout!