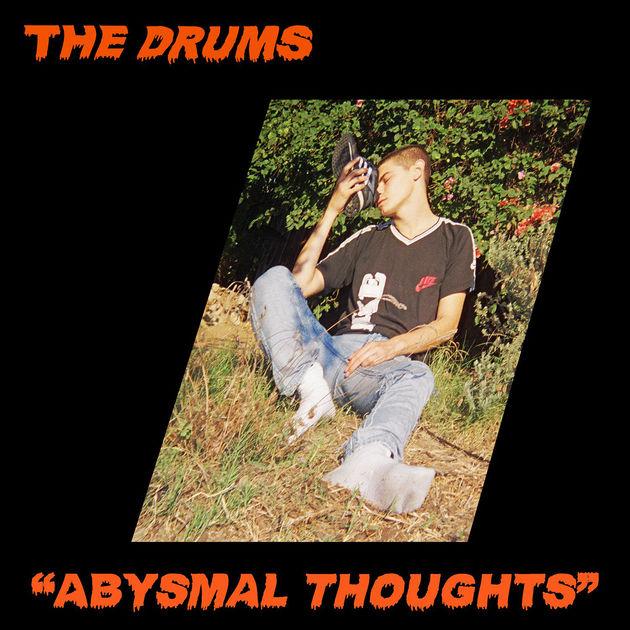 The Drums have truly created an original universe. A commitment to listening to one of their albums is a journey into that universe. Imagine it is July 17th 1955. Disneyland is having its opening day and you are lucky enough to get tickets to this grand opening. A magnificent day in the southern California sunshine and breeze. The park is filled with and air of exuberant adventure and futuristic stimulation. You spend the first half of the day racing from attraction to amusement with a stick of cotton candy in hand. Your beige department store cardigan blows in the wind, but your slicked back hair stays steadfast with the power of pomade. Suddenly, out of nowhere, you see your crush and your heart drops as they are holding hands with another young thrill-seeker. You drop your cotton candy as the lights and sounds of twilight Disneyland come into fold. Feelings swirl your brain into a state of bittersweet entropy as fireworks and parades ensue. You spend the rest of the night in the park searching for meaning with a newfound friend who gives you a spark of hope once again. This is a glimpse into the universe created by the music of The Drums. 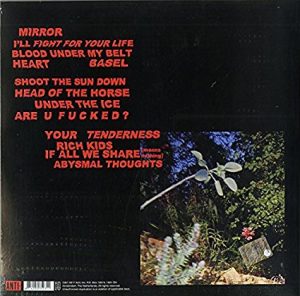 The Drums have always had some version of a full live band that appears on their tours and in their videos. But the actual band itself was always the work of two individuals, Jacob Graham and Jonny Pierce. This album sets itself apart from the previous three LP’s because it’s the first one that was written completely by Jonny Pierce. Jacob recently left the group for other artistic pursuits. However, Pierce has really pulled through on this now solo endeavor.

Many reviewers have pointed out that this record Abysmal Thoughts is a return to form that hearkens back to their self-titled album. I would agree that there is definitely a connection there to The Drums’ earlier work. The huge and dark synthesizers of their last album Encyclopedia are not quite as present in this piece. However, I do not completely agree with it being a simple retrograde to their first record. This album has matured that sound. Abysmal Thoughts feels like a more experienced work of art that yearns for second chances. The hook in the single “Blood Under My Belt” is a perfect example of that. Pierce exclaims, “I know I said change, but please don’t change. I know I said do it, but don’t do it.” In fact “rip it up and start again” also feels like a theme woven into this record.

Pierce seems to be acknowledging the fact that he is no longer the younger man he was 10 years ago when The Drums began. He went through a break up with his husband recently and there is no hiding that this record is that reflection. It makes sense that an experience like that would bring forward memories of moments from his past that forged his identity. For example, he explores a previous time in his youth where his father rejected him in the track “Head of The Horse”.

Abysmal Thoughts is a fantastic chapter in the work of this group. The album perfectly furthers The Drums brand of innocence, reflection, and tragedy through the study of minimal sunny melancholy pop anthems. The Drums is a project that continues to give all and hold nothing back, a sure project worth investing in.