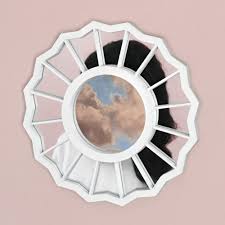 I have always loved Mac Miller’s music. From K.I.D.S. and Best Day Ever when all he wanted was to swag out, to the experimental days of Macadelic and Watching Movies with the Sound Off, he was a staple of my high school days. During my college career, he’s released three more projects. Faces, with its drug-induced lyrics and smooth production, is one of my favorite tapes of all time. Last year’s GO:OD AM, one of the best starting over albums in rap history, with so many references about addiction, over-dosing, and recovery, is enough to get anyone through their roughest days. His newest release, The Divine Feminine, has a completely different feel.

He’s completely focused in the album. One thing I’ve learned since really becoming a hip hop head is that it’s near impossible for an album to completely come together as one collective unit, unlike the prog rock that my dad grew me up on. This album comes together. It’s one of very few albums that I can listen to start to finish every single time. It’s a love album all the way through, however, Mac is still able to put his classic depressed twist on it. “The sun don’t shine when I’m alone,” is one of his opening lines of the album, setting the theme throughout. Most of the songs play off of the depression of not being with your significant other, the problems that occur when a relationship is purely physical, or the issues a guy has when he’s constantly messing his relationship up.

This album sounds a lot different that a lot of his other albums. It’s clear at this point that he’s not just a rapper, or a producer, or a singer, he’s just a great musician with a pure sense of sound. The production brings in soft, slow beats, jazzy beats filled with horns, and fun upbeat hooks that display his competence and that he can rap over any beat. Mac brings in a stacked grouped of artists featured on this album; Anderson .Paak and CeeLo Green put their unique voices on Dang! and We, respectively. Kendrick Lamar and Ty Dolla $ign both spit on their verses of the album, and he brings his new girlfriend Ariana Grande in for a verse on My Favorite Part.

The Divine Feminine shows a lot of growth from an artist who has put himself through a lot in recent years. If you have an hour to kill, or if you’re feeling a little down, this is definitely an album you need to check out. Thank you, Mac.

Mac Miller will be coming to SLC in November at the Saltair, you can purchase tickets here: http://smithstix.com/music/all-music/rap-hiphop/event/19011/mac-miler-nov-1