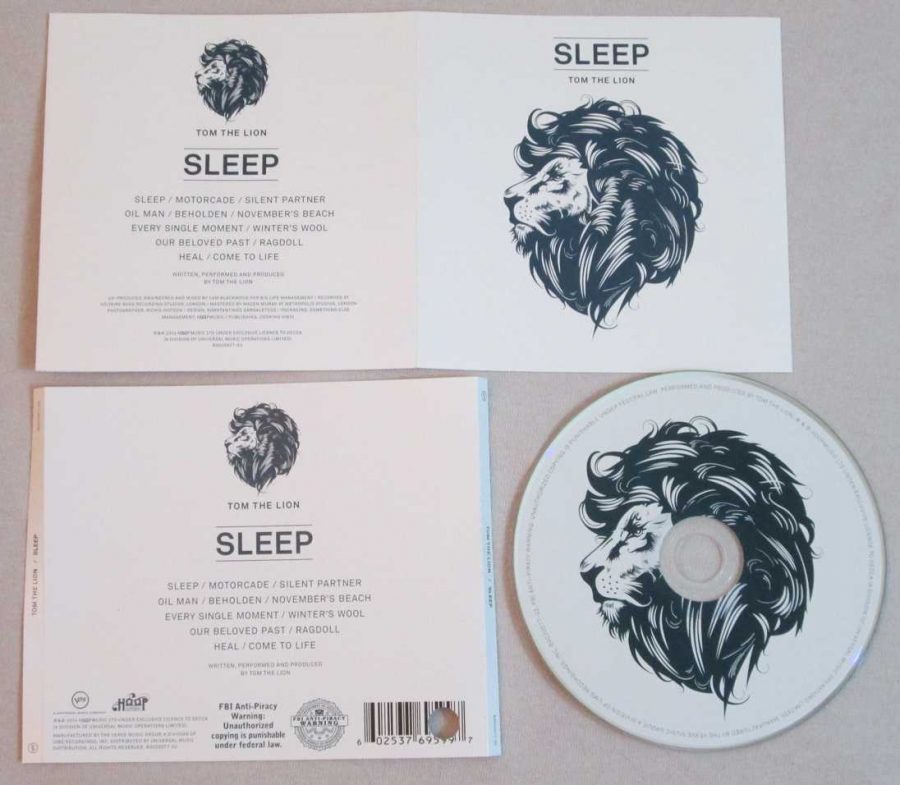 The first thing you will realize about Tom the Lion’s sophomore album Sleep is that it’s a little old, in fact about a year, but with our massive stacks of music you have to start somewhere. The first thing you will realize however, while you listen to the London, England based indie rock band is their unique spacey sound, which makes feel as though your floating in mid-air while still providing a surprisingly big, powerful and at times emotionally charged feel to their music. Perhaps the closest main stream equivalent to Tom the Lion would be to arena rock bands such as the Killers and U2, though where these bands tend to lean towards bigger powerful wafts of uplifting synthesizer lead, distortion filled moments of pure awesome (I’m one of the like five people who actually enjoyed the “crappy” album U2 dropped on everybody who IPhone a couple years back). Tom the Lion prefers to keep things on a lower more mellow level allowing for some beautifully musical moments where everything seems to align itself perfectly, creating complete Zen of synthesizer rich indie music.

Yet, the record is not perfect. Specifically there is a lack of dynamic range. Sleep is an album that loves its sound and refuses to deviate from an admittedly winning formula. From the Silent Partner to Winter’s wool Tom the Lion is at their best when they are laying down a slow but grooving rhythm overlaid by a myriad of melodies and counter melodies provided by spacy synths, guitars, and keyboards. This leads to some very well developed courses, and I found myself sing along far more than once. Though I sat listening to this album I found it impossible to tell most of the songs apart, while some level this is enjoyable as it makes the album feel cohesive as whole.  It does make looking at individual songs a bit bother, as while the hooks on tracks such as Ragdoll and Beholden are great, it can be hard to discern them apart once you get past the hooks. The one time the band does deviate from their formula, is in the track Oil Man which is interesting but ultimately falls flat in terms of giving any sort of substance besides deviation.

I am going to give this album a VERY solid seven out of ten. Tom the Lion, despite being a year old, proves to me I should learn their name with a fun and unique sound, and I look forward to seeing more or their stuff in our inbox. However this album just does not provide enough deviation and substance for me to truly appreciate their album. Though it is been a good entry point to a band who I hope will have long and exciting career.