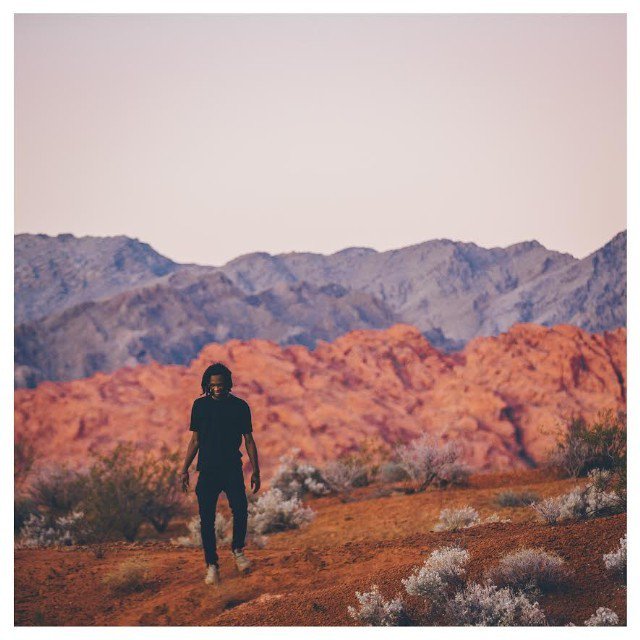 The growth of Chicago’s hip hop scene just won’t stop. It’s bigger now than it’s ever been thanks to an influx of incredibly talented, thoughtful, and cool artists. The latest Chicago rapper to make his voice heard this year is Saba, the 22 year-old face of the Pivot Gang. His new album Bucket List came out on October 27th and it’s good. Really good.

Saba started playing piano at 7 and started messing around with production software at 12. He graduated high school at 16 with a 3.9 and followed in his father’s footsteps as a musician (wikipedia.com). Luckily for him, he was able to ride the Acid Rap wave into relevance and through his relationships with other Chicago rappers (Chance, Noname, and Mick Jenkins, to name a few) he’s been able to break into the game with some really quality music. This latest tape is just another example of the authenticity that is so crucial to Saba’s, and Chicago’s, new sound. He’s real, he’s transparent, he’s positive. His message is beautiful and his lyricism only accentuates his points. His word play is impeccable and he switches up his flows effortlessly. I seriously can’t say enough about this guys ability to spit. He’s beginning to establish himself as a premier wordsmith in the industry and he has the opportunity to craft such astounding rhymes because of the subject matter he is taking on.

A theme of this new wave of Chicago rappers is to take on topics that haven’t been talked about much in hip hop over the last decade. Saba doesn’t drink or smoke, he’s never been a big partier, and he’s been able to stay out of gang violence for most of his life. Those are some of the big ideas that have been promoted in rap since the Lil Wayne era so Saba had to take inspiration from some different perspectives. Fame, family, Chicago, and the potential of our generation take the driver’s seat in Bucket List and Saba’s genuine optimism shines through these dialogues he opens up. It’s truly inspirational and what really draws me to Saba and his music.

I knew I would connect with this tape from the very first song. “In Loving Memory” sounds like a Social Experiment song and Saba wastes no time getting into his incredible rhymes. I could hear pieces of Chance, Noname, and Childish Gambino influences on this track and he sets the tone early with a dense verse and a really smooth singing performance. He finishes the track by giving us his bucket list which consists of “One, I wanna have a meal from in and out, coz I live nowhere near one. Two, I wanna go one on one against D. Rose. And three, I wanna *bleep* [sic] Kylie Jenner…” (genius.com). He’s funny, he’s enthusiastic, and he has a great new LP out. Saba most definitely has room to grow as an artist and a producer and this project has him moving in the right direction.