Sixx: A.M. Encourage Opioid Users to “Talk to Me” 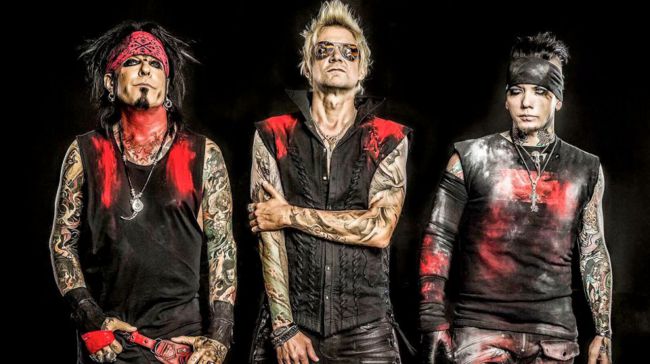 About a month ago, Sixx: A.M. released a single that targets a relevant issue today: opioid addiction. Although this song was released a short while ago, I thought it important to highlight the issue shown. “Talk to Me”, released September 27, is not part of an album, as there are no plans to release music in the near future. The song is quite direct and there is no doubt what the subject matter is.

Opioid addiction is a large topic today as more are becoming aware of how many it affects. It’s a dangerous addiction that often starts with prescriptions pushed out by doctors and drug companies. A person may reach for the bottle of pills more often than they need to and a dependency quickly develops. A few characteristics of opioid addicts are described throughout “Talk to Me”, which also states that asking for help is more than okay.
#TalktoMe
Sixx: A.M. have not said much about this song, it can speak for itself. About the larger movement they said, “#TalktoMe is a movement by the National Opioid Action Coalition to use the power of conversation to overcome the stigma plaguing opioid use disorder. Join us in the conversation – www.noac.org Talk To Me NOAC iHeartRadio iHeartMedia Inc. WPP U.S. Chamber of Commerce Foundation.”

My Take
This is an engaging song that caught me with its musical rhythms and lyrics. I mentioned earlier how direct the lyrics are, which ring quite strong with their words of love and encouragement. The message stands at the forefront as the music plays on in the background. We hear the same style we recognize as Sixx: A.M. although it is less energy-driven than some of their other well known songs.

I find the lyrics to be one of the most beautiful aspects of the song! And are quite insightful to the listener. They offer support in the chorus as they say “I’ll be waiting by your side / and I will be here when you fall into your knees.” They continue to tackle the adverse effects, singing, “It started with one / Now you’re desperate and lost / The people you love pay the highest of costs.” I’ve been playing “Talk to Me” on repeat, noticing the pairings of instruments as I listen over and over again.
Get Help and Listen Below
Please educate yourself and become aware of the opioid epidemic that is happening now. Do what you can to help anyone that may need it. I have included multiple links above within the quote given by Sixx: A.M.