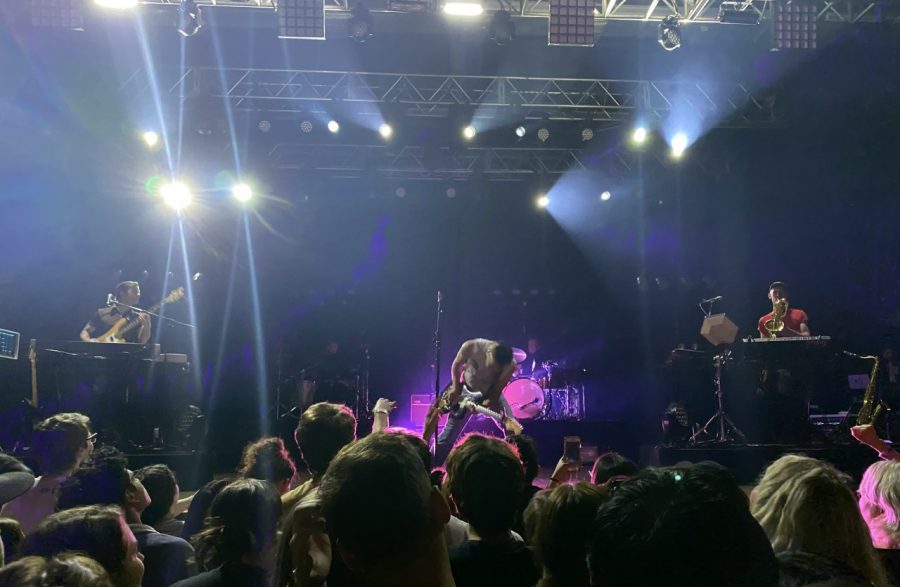 Gallery|3 Photos
Rocking to the beautiful music of Bleachers 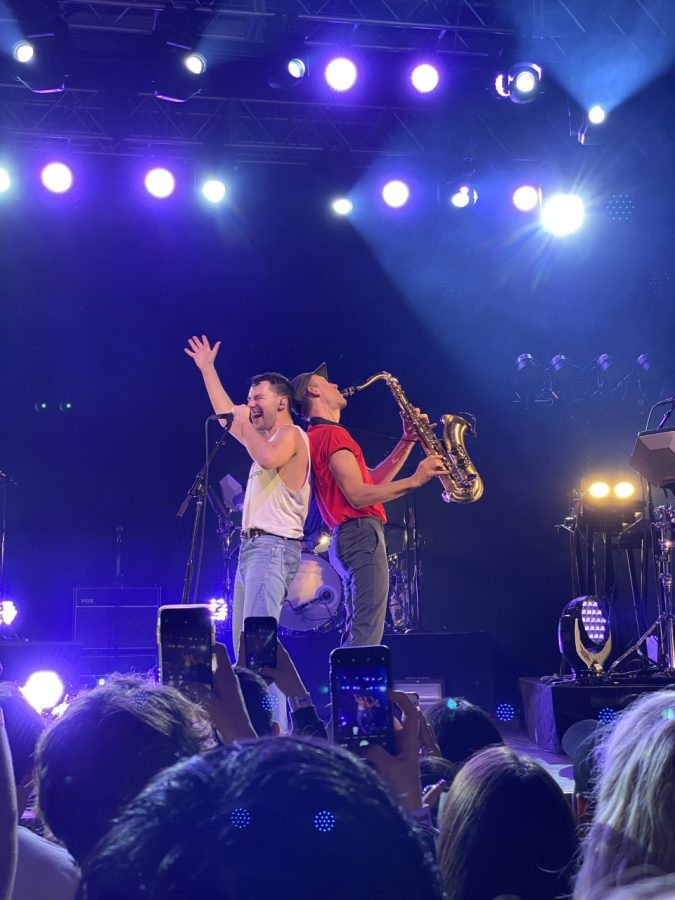 Gallery|2 Photos
Back to back vocals and saxophone

Bleachers  played their last show of the decade on December 22, 2019 in Anaheim, California. This was a huge decade of music for the members having written music for big artists such as Taylor Swift, Lana Del Ray, and even Kevin Abstract. And I was lucky enough to be there for their final show of the decade.

I consider myself a live-music connoisseur and have been to many concerts in venues all along the West Coast. Both times I have seen Bleachers, the energy felt from the crowd and band was amazing. Everyone always talks about this “energy” they feel at concerts where the crowd is really feeling the entertainment and jamming to the music. When Bleachers play, it feels like every person in the venue knows every word to every song. If you’ve ever had the chance to see your favorite band in person, it felt like that but magnified by ten due to the atmosphere.

Now I want to share the greatest experience I have ever had at any concert. Way back in May of 2018 Bleachers performed at the Union Event Center. The Union PACKED with no room to move your arms filled quickly. This also made the venue super duper scorcho heated. It was so hot that multiple people in the front passed out during the final few songs. Those people got picked up and taken backstage by the big man Jack Antonoff himself.

While Jack was backstage, the tour manager announced that Bleachers would play the acoustic version of the closing song. They didn’t want everyone getting all riled up on the pure electricity of “Don’t Take the Money.” Everyone in the whole place booed for minutes on end. Next thing we know Jack disappears again, and everyone boos even harder.

When Jack came back he told us that Bleachers would play the electric version of the song. If and only if everyone in the venue took a step back, spread out AND stayed there during the whole song. At the moment I thought, “Man, this is one bad idea. Everyone is going to step back, and soon as the music starts the gates to hell will be opened and there will be casualties from the trampling.” But hey! They weren’t gonna play the song acoustically!

When everyone stepped back, the venue instantly felt 20 degrees cooler. The wave of air felt like the most peaceful and serene ocean breeze flowing past your body. I could finally breathe, and then the music started…

But not one person in my vicinity or the venue rushed the stage. Everyone stood exactly where they were. I then realized that the crowd of people there weren’t there for a concert, they were there for the music. Everyone cared so much for this band and their fellow fans they wouldn’t risk not hearing the final song for the world. This magic experience helped me see how many people really cared for music. People don’t go to concerts just for a fun time, they go to live music to experience the emotion conveyed through song.